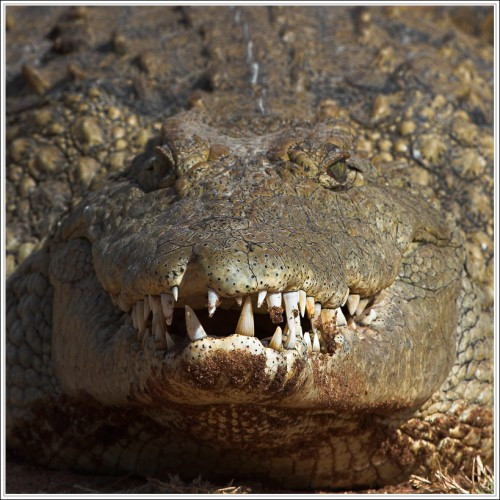 (Two months passed between installment No. 6 of this series and installment No. 7 — but now we’ve got No. 8 only a week after the last one. For any newcomers out there, this series is about things we see that make us say “Shit! That’s metal!” — even though it’s not music.  And the entire installment we’re featuring today (the idea, the writing, and the song choices we’ll be streaming at the end of the post) have been supplied by Aaron, one of our readers and frequent commenters. And it’s called . . . .)

I’m sure most of you have read the last “That’s Metal – But It’s Not Music,” featuring the naked woman who stole 2 cars, gave the cops the “slip,” and got tasered? [If you haven’t, use this link.] Most of you would have to agree – that lady has ovaries of steel. Now it’s time for a new edition, featuring a man with balls made of stone.

Yes, he got arrested. Eric Ross actually lived to tell the tale, which is surprising, considering this report:

And yes, Ross knew the waters were alligator-infested. Ross even told reporters it was his lifelong dream to “Swim with the alligators.”  What the fuck?

(more about this unwarranted interference with Natural Selection after the jump, plus some songs to hear . . .) 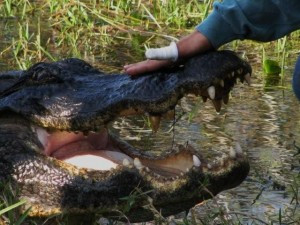 This took place at Wakulla Springs State Park, which, after doing a little bit of research, I learned is located in Florida USA, and has over 6000 acres (24 square kms) of wildlife sanctuary. They have birds, snakes, and even West Indian Manatee. So why not swim with one of those?

“Ross told police alcohol consumption could have contributed “some-what” to his decision to jump into the alligator-infested water.”

So basically, what happened was Ross got loaded up (on tequila no doubt, because who hasn’t had a bad experience with tequila?) and swam with the gators. Immortal as a god! One with the reptilian.

I think the real hero here is Kenneth Clineman – Captain of the tour boat, who told police and the media “When the alligators began swimming towards Ross, I manoeuvred my boat between the swimmer and the gator until Ross got to shore.”

Well thanks for the happy ending – you fuck. People like Ross usually become deceased (that’s metal — dying is metal, right?) by means of Natural Selection. And you, Capt. Clineman, ruined that for us.

Either way – Eric Ross, dumbass, meat head, hero, whatever you want to call him, made it to shore only to be arrested. So, in honor of his bravery (or stupidity, I haven’t decided yet) I give you some songs to keep your day metal.

Nile: Papyrus Containing the Spell To Preserve Its Possessor Against Attacks From He Who Is In the Water

Veil of Maya: It\’s Not Safe To Swim Today

(Editor’s note: We’re with Aaron on this one — Capt. Clineman’s misplaced heroism has created the frightening possibility that Mr. Ross will succeed in procreating. Of course, there’s always a chance that a guy like this will find some other equally brain-dead way of ending his line before he finds a woman drunk enough to let him in her pants.)