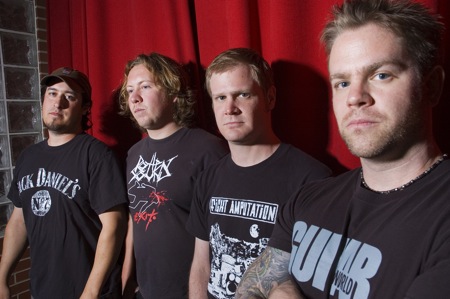 Those of us who live here in the U.S. of A. have a long 4th of July weekend ahead of us. Lots of flag-waving hoo-ha, beer-drenched barbeques, illegal fireworks, and general ignorance about the ridiculously insane, life-imperiling act that the holiday commemorates.

The self-satisfied flag-waving is something you can do when you come out on top, but I’d rather think back about what it must have been like on the original date in 1776 when all those dudes in the Continental Congress signed the Declaration of Independence — and brought an immediate British death sentence on their heads for their revolutionary act of defiance.

Those dudes were pretty much the opposite of patriotic. They were basically yelling a full-throated “Fuck You!” across the Atlantic to the nation under whose flag they had lived and prospered, with no real plan about how to back it up when the British military machine would inevitably show up to squash them like annoying roaches.

To help get in that 1776 mood, which is kind of the opposite of patriotism, I’m gonna listen to some Pig Destroyer. Just in case you feel like a little fire-breathing metal for the Fourth, we’ve got four PD videos for you after the jump. We wish we could see your faces when you get to the fourth one.

Next up, the video for “Piss Angel”, which is also suitably creepy:

I’ve got to include this video for “Gravedancer”, because it’s one of my all-time favorite Pig Destroyer blasters.  The video is good, too.

And now, the final entry:

Something tells me she wasn’t really dancing to this song when she videoed herself. What do you think?

Oh, btw, it’s against our religion here at NCS to take days off. So, we’ll have new shit up on this site every day over the long weekend, but this is the first and last time we’ll mention the Fourth of July. So, Happy Fourth, motherfuckers.

6 Responses to “PIG DESTROYER, FOR THE FOURTH”