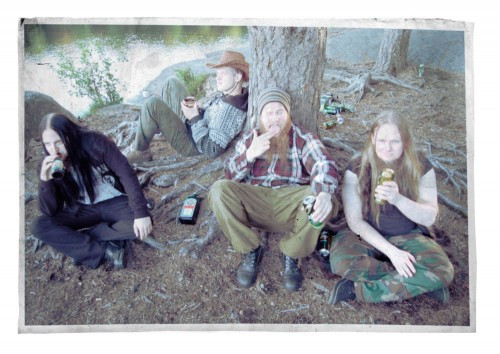 We spent most of the past week picking through the sonic wreckage of North African metal and finding all sorts of exotic gems. It was one more reminder (as if we needed one) that the world of metal encompasses an immense variety of music, and the sound continues to evolve all over the world. What other musical genre can match it?

In celebrating the diversity of metal, it’s a fitting way for us to cap off the week by bringing Trollfest to your attention. This Norwegian band is sort of a global village unto themselves. Try wrapping your mind around this concept: speed metal plus oompa music plus Balkan folk tunes plus middle eastern melodies plus Converge-style hardcore shrieking plus more speed metal plus beer and vodka plus more speed metal.

Sound tempting? No? Well, see if this recent press release increases your interest:

When a band that defines its music as “true Norwegian Balkan metal” chooses to debut a track from its new album on July 9 so that it can celebrate the Constitution Day of Palau (an island lying in the Pacific, and one of the world’s youngest and smallest sovereign states) it is going to be a safe bet that the album will cross geographical boundaries in sound and influence.

Getting more interested?  How ’bout this: That debut track is called “Die Verdammte Hungersnot”. We’re pretty sure “verdammte” means “damned” in German. What do you think “hungersnot” means?  (more after the jump, including musical dementia for your consumption . . .)

We have no fucking idea what “hungersnot” means, but we’re guessing it probably means pretty much what it sounds like.

So, are you getting more interested in Trollfest? No?

Oh, come on, how can you resist listening to a song that’s got hungersnot in the title?

Well, how ’bout this cover for the band’s last album: 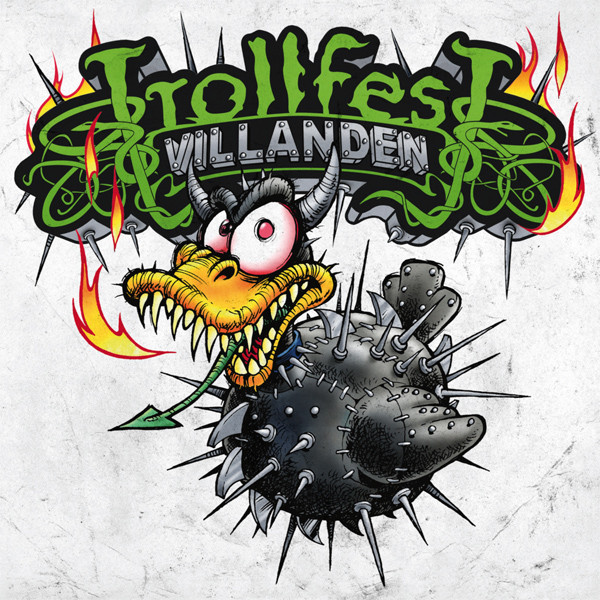 Now is that some fine artwork or what? Armored satanic duck metal anyone?

Admit it: you’re really getting interested now, aren’t you?

No? What the fuck else do you have to do at the moment? Loosen up your sphincters and listen to the damned hungersnot song!

There. That wasn’t so hard, was it?  Lots of shit going on in that song, but we thought it hung together fairly well.  We’re hungry for snot now.  How ’bout you?

No? Well, look, don’t stop with just the one song. Here’s another one, off the band’s last release, a 2009 EP called Uraltes Elemente.  Go on, lap it up: 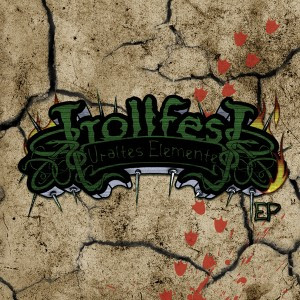 Trollfest is currently looking for a label for the release of their fourth album, which includes that hungersnot song. The album will be called En Kvest For Den Hellige Gral, which the band says can be roughly translated as “A Quest For the Holy Grail”, and is a play on the word “quest” in both the accepted sense, and in the sense of the Norwegian word “kvesting,” which refers to the crushing of the crusaders.

But we’re sure you already knew that.

You can buy digital downloads of the band’s last album (the early 2009 release featuring the armored satanic duck cover) and that more recent EP via a link on the Trollfest MySpace page (at this location).

Now wipe your verdammte nose and carry on with your day.