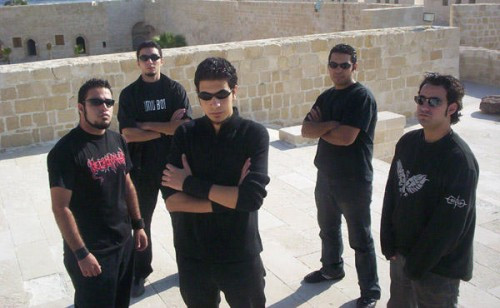 Sadly, we now come to the end of our 3-part post on Metal From North Africa, though we will revisit the subject in the future. To close this out, we’re back to Egypt, where we started, and a band called Odious.

Odious has been around since 1998, and as best we can tell, they were one of the first Egyptian extreme metal bands to release a professional album — 2007’s Mirror of Vibrations. Before that, they self-released and distributed a demo EP called Summoned by Night, which led to their signing in 2005 by a Greek label called Sleaszy Rider Records and the release of that 2007 album.

Of all the music we’ve reviewed in this survey, it’s probably the most challenging to hear, but it may be the most interesting. It’s the most uncompromisingly faithful to traditional black metal, but also the music that most heavily incorporates not only oriental music but also traditional instruments.  (more after the jump . . .) 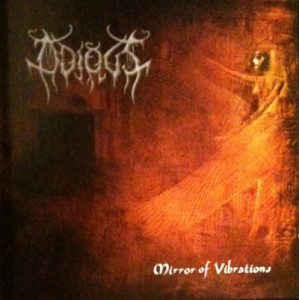 Make no mistake: This music is first and foremost black metal, with the kind of particularly vicious, abraded vocals you would expect from this genre and a raw production mix that flays open the senses and then pours alcohol into the wound.

The guitar work is fast, though not completely devoted to tremolo picking, and the use of keyboards, though sparing, gives the music an atmospheric air. The bass end of the register is significantly diminished in the mix.

But the fidelity of Odious to traditional black metal only goes so far, because the band is equally devoted to traditional eastern music. Oriental rhythms and melodies are ever-present in the songs, and the band makes extensive use of instruments like the oud — a bulbous stringed instrument — and something called the darabokka, or tablah, which is a hand drum.

I’m not sure what it is about black metal that lends itself to the incorporation of indigenous melodies and instruments, or about black metal bands that cause them to do this, but so far this year I’ve seen it in the new albums from Rotting Christ (Greece) and Negura Bunget (Romania), and now I’ve heard it in Mirror of Vibrations.

It’s a phenomenon that certainly keeps the sub-genre interesting, and I think it makes the album from Odious worth your time.

The Sleaszy Rider web site indicates that Odious will have a forthcoming release called Skin Age, which is cool news, though it’s unclear when that will happen.

You can order the album from Sleaszy Rider or from an Australian outfit called Left As In Sinister Records at this location.  Here’s a track for you to check out: