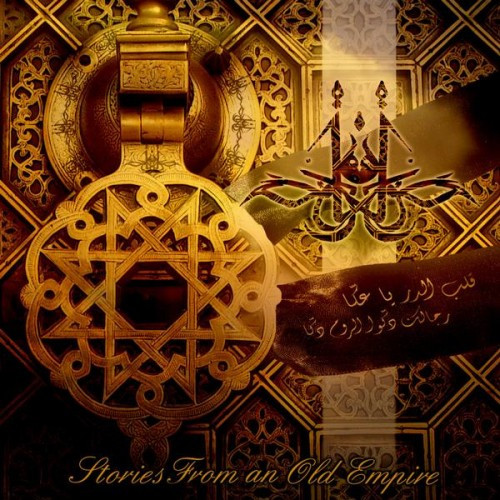 If I were to attempt a high-level description (which I guess I’m now doing), I would say it’s an amalgamation of folk metal and symphonic black metal, but with an infusion of exotic oriental melody and song structures that build to ever-more feverish crescendos. Staying at a high level, and relying on Western idiom, I would also say this album fucking rocks.  (more after the jump, including a song to hear . . .) 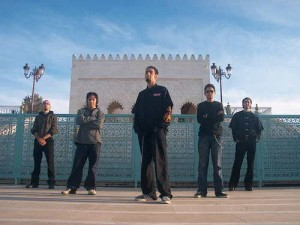 One way to understand the album is as a progression. The first track (“Mustears”) is an instrumental intro where piano is the dominant instrument and an entrancing melody swells with growing emotional force from beginning to end.

The second track (“Darkness Be My Bride”) also features a piano melody, with a harmonizing synthesizer, a clean guitar lead, and a clear, strong, beautiful female vocal. As the song moves forward, the bass and the drum pick up the pace, and the synthesizer-driven melody builds in intensity.

If the first two tracks were as far as you got, you’d think Sawlegen was a folk-metal band with an oriental twist. But the third track (“Melancophoria”) is a wake-up call and a sure sign that things aren’t quite what you thought they were. On this track, the beautiful melodies and the clean female vocals are joined by grinding riffs, shrill, swirling guitar leads, double-bass pummeling — and serrated black-metal howls. At almost the 3-minute mark, the band punches the accelerator, and the song begins to spin with growing abandon. 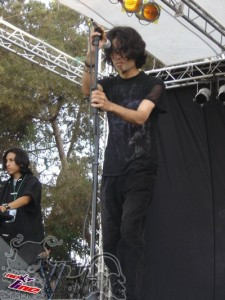 In the songs that follow, the contrasts continue, as do the vibrancy of the music and the remarkable variety of the instrumentation — grinding riffage, swirling keyboards, jackhammer drums, piano arpeggios, blazing guitar solos, and what sound like traditional instruments but could be simply special tuning of the guitars or synthesizer mimicry.

The mix of feral black-metal shrieking and the beautiful, clean contralto vocals also continue. For me, that took some getting used-to, but what hooked me completely on this album, from the first listen, were Sawlegen’s instrumental jams (with and without vocal accompaniment). Most of the songs put me in mind of dervish dances, whirling faster and faster with building intensity and power — just as the album as a whole can be understood as a mounting surge of musical frenzy.

“Streets of Agrabah” is perhaps the purest example of Sawlegen jamming like a motherfucker — because it has no vocals at all. In a word, the song is inspired, and in my book its only flaw is that it ended. If you don’t get carried away by the music, I’ll eat my fez.   Check it out:

Oh, hell, let’s go ahead and put up the long song that follows “Streets” on the album, so you can get the full deluge of Sawlegen craziness, including those mixed vocals.

And if you like this swirling intensity, the good news is that you can download all the tracks on Stories From An Old Empire, except the bonus acoustic versions of “Streets of Agrabah” and “Melancophoria” that come with the album, at the band’s Last.fm site. 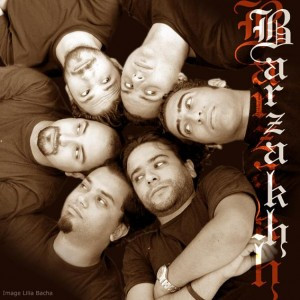 Barzakh is a band from Tunisia, and as in the case of Sawlegen, I was first struck by what I heard on their MySpace page. But I had more trouble finding out current information about the band than any of the others featured in this series despite a crapload of web sleuthing.

Of course, it’s possible that my inability to read French is part of the problem — but as best I can tell, it does appear the band has been on a hiatus of sorts.

What I can tell you is that Barzakh produced a 2008 demo called Noor, and their MySpace page features a couple of songs (“Alive” and “Forsen”) that appear to post-date Noor.

There’s also a player at this location that allows streaming of four Barzakh songs, 3 of which aren’t on the band’s MySpace page (the most interesting ones on that player are “Wa9tech” and “Final Day”.)

And, according to a post on the band’s Facebook page, they’re working on new music for release in September or October, which may explain the appearance of “Alive” and “Forsen” on their MySpace.

OK, so much for telling you what I know about the band — onward to the music. Starting again at a high level, most of the songs are mid-tempo progressive- and power-metal with exclusively clean, soaring vocals (in Arabic), spiced up with some traditional-sounding percussive instruments.

One song (“Borken”) is more a soft alt-rock ballad than anything else — until about the 3:50 mark, when a respectable arena-rock guitar solo takes over.

The Noor-vintage songs are well-written, memorable pieces — but most aren’t exactly our style. The two new songs are a different breed of cat.

“Forsen” launches with traditional drumming that produces a sound like a conga, and that’s quickly joined by chugging riffs that jolt you with an infectious beat. “Alive” is the song that first grabbed our attention. It’s an instrumental number and, like “Forsen”, it features traditional percussion — plus some hammering double-bass, a fiendishly infectious headbanging rhythm riff, and a guitar lead that spins out an eastern melody. It’s a cool, catchy head-bobbing song.

We’ve struck out in our efforts to find a way to buy or download Barzakh’s music, but we did find one track we can stream directly via a link on this site. It’s apparently a song that members of Barzakh created when they were in a previous band called Madside, but it’s similar in style to the new songs up on the Barzakh MySpace page.  The stream comes from a web site and forum called ZanZana that covers Tunisian metal bands. Check out the song, and then go listen to “Alive” and “Forsen” on Barzakh’s MySpace.

9 Responses to “METAL FROM NORTH AFRICA (Part 2): SAWLEGEN AND BARZAKH”