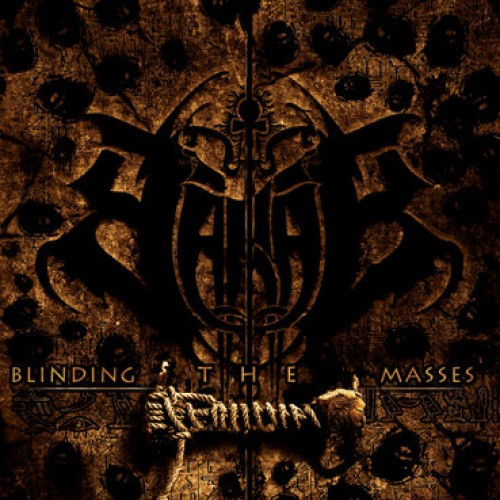 And by sheer chance, we wound up with a little bit of everything — some death metal, some oriental black metal, and some progressive/folk metal — but what we found was awesome. So open your minds and your ears and we’ll show you what we found.  (beginning after the jump, of course . . .) 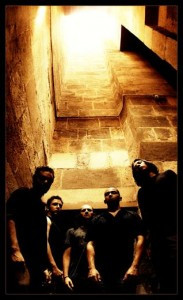 Scarab is a death metal band from Cairo, Egypt, formed in 2006. They released a three-song EP in 2007 called Valley of the Sandwalkers and recorded a debut album in 2009 called Blinding the Masses, which was released early this year in the West.

Last year was a turning point for the band. Not only did they record their first full-length, they also won a contest called “United We Rock,” beating out 160 bands from other Middle-East and Pan-Arab nations. That helped land them a spot on the bill at two international music festivals — With Full Force XVI 2009 in Germany, playing alongside the likes of Amon Amarth, Carcass, My Dying Bride,  and Dimmu Borgir, and Dubai Desert Rock Festival 2009 in the UAE, opening for Motörhead, Opeth, Arch Enemy, and Chimaira.

We’ve been listening to Blinding the Masses, and let’s just say they belong in that kind of company, because this album hits like a Category 5 hurricane. This intense music reminds us of bands like Behemoth, Immolation, and Italy’s Hour of Penance, but with a marked use of oriental melodies in the riffs.

Songs like “Valley of the Sandwalker” and “Leaders of Agony” barrel ahead with rapid chainsaw grinds and insanely fast, inventive drumming. “Blinding the Masses” crashes headlong into tech-death territory, with darting changes in tempo and time signatures, staccato bursts of guitar fury, and strobing drum tones from every skin in the kit.

“Eye for Sanity” is one of the few songs on the album to feature tremolo picking, blast beats, and prominent double-bass kicks, and the result is a mordant slice of blackened death metal that will suck you into a vortex of indigo calamity. 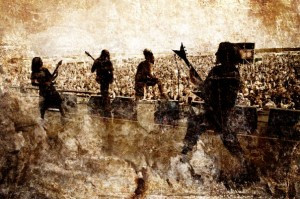 To our Western ears, the songs that most overtly feature oriental melodies are “Ankh”, “Devourer of the Unjustified”, and the closing track, “War to End”. All three songs include flashes of solitary lead guitar establishing an exotic melody and passages where Scarab takes their foot off the accelerator long enough to hammer home the minor-key message of the music in ways that resonate with new power.

While most of this music is the sonic equivalent of a jetting flame-thrower, lyrically the songs dwell not on death and destruction but on the irrepressibility of life and spirit, on the throwing off of shackles, on the power to rise above the domination of external constraints.

And while we’re on the subject of lyrics and the vocalization of them, Sammy Sayed gives Behemoth’s Nergal and Immolation’s Ross Dolan a run for their money. His bestial gutturals are galvanizing at all times, and at the best of times, they open up like the roar of a desert lion in the night. His vocal ability is matched completely by the instrumental extravagance of his bandmates. To a man, they are superb.

Here at NCS, we do tend to go overboard on bands we like, but seriously, truly, trust us on this one: Scarab is hot shit. 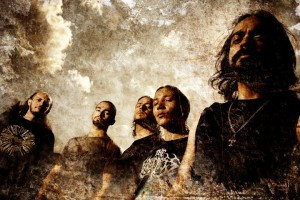 Here at NCS, we’re also fanatics for good album art. The striking Scarab album art (including the cover at the top of this post) is by an Egyptian artist named Mohamed “Bombest” El Sherbieny. And guess what? He’s also the bass-player for this band. Kinda makes us feel puny.

Bombest also created the art used in the design of the band’s MySpace page, which is worth a look. And we’ll show you more of his Scarab-related creations at the end of this post.

Scarab’s 2007 self-released EP, Valley of the Sandwalkers, is available for free download at the band’s MySpace page (click here). It’s a 3-track release, and two of those tracks are on the album Blinding the Masses, though to our half-deaf ears they sound like they’ve either been re-recorded or re-mastered on the full-length.

The new album is self-released but available from Amazon.com and, in Europe, from Osmose Productions. You can hear five of the songs on the band’s MySpace, but we want to give you some samples right here.

First is a stream of the song “Ankh”, which you can access via the link below. And then after that we’ve got a video of the band performing the album’s title track at that German festival (which follows a brief interview of the band).

We promised you some more of Bombest’s artwork, and we don’t lie.  So, here you go, including a complete fold-out of the album insert: 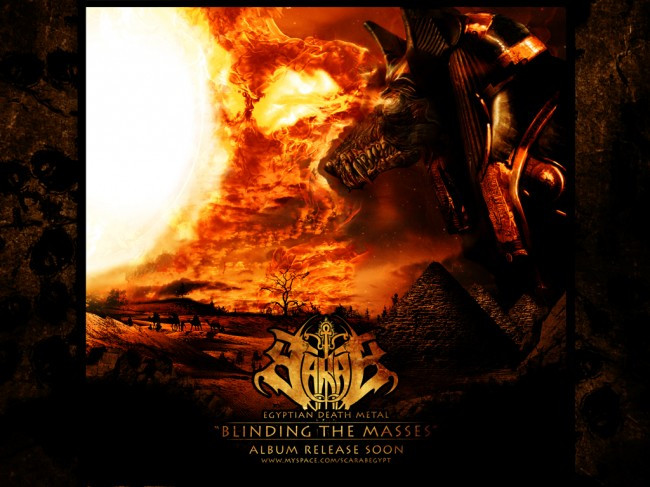 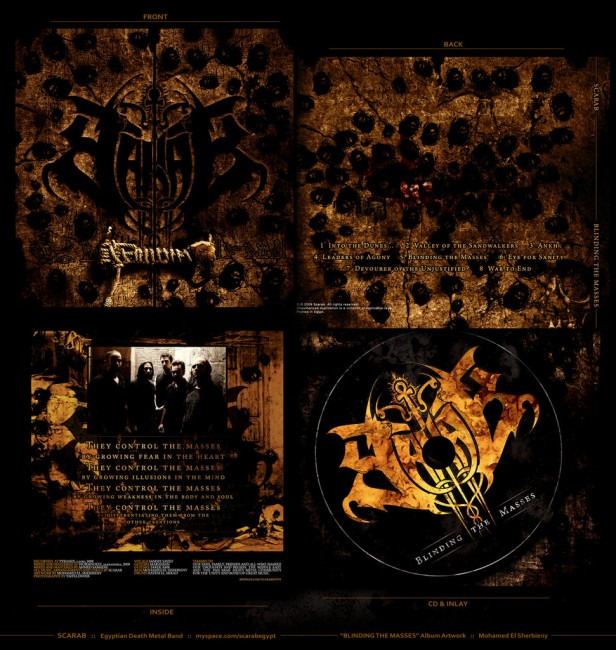