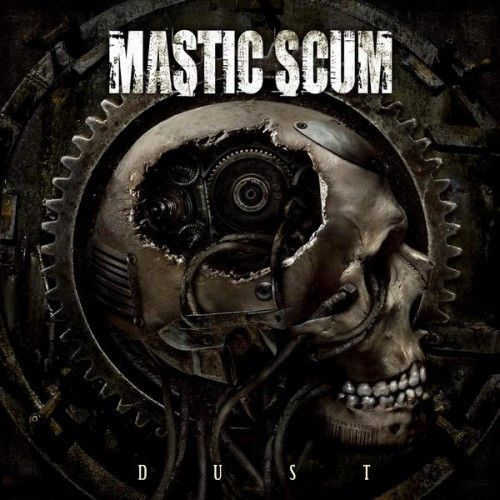 Wasn’t that refreshing?  BTW, Mastic Scum says in a recent blog post that it’s been nominated for an “Austrian Music Award 2010” in the category of “hard and heavy,” along with Belphegor and 3 other bands. Golden showers and enlarged bungholes to all the nominees!

So, after starting the morning with that, we moved on to this:   Crabcore + electro-dance = Abandon All Ships.  This is the title track from the Toronto band’s forthcoming album, due for release in October.  I didn’t hate this nearly as much as I thought I would.  I actually watched the thing all the way to the end.

Abandon All Ships “Take One Last Breathe” from Rise TSM on Vimeo.

After that, we needed a palate-cleanser.  Would we find one? 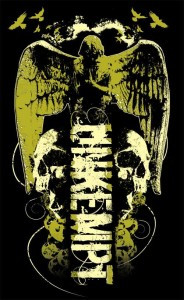 Well, the next thing we did was check out a band from Lakeland, Florida who had hit us up on our MySpace site. They’re called Unkempt (cool name) and they’ve got an unmastered rough track up on their MySpace called “Pigs Get Fat, Hogs Get Slaughtered”. It’s a metalcore thumper with decent vocals (the shrieking + guttural + clean mix), wheeling guitars, and what sounds like a saxophone (?!?) as the lead-in to a breakdown.

You’ll have to jump to their MySpace page to hear “Pigs Get Fat”, but here’s a song from Unkempt’s last album (2008’s Scaling the Precipice, which is available on iTunes and at CDBaby), which we checked out after hearing “Pigs”. 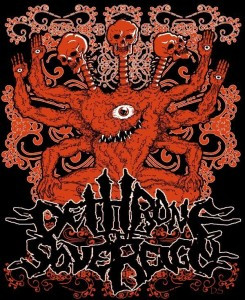 After listening to those two songs by Unkempt, we decided to check out a demo CD we received from a Salt Lake City band called Dethrone the Sovereign. We only listened to the first track, called “Carnival of Horrors”, before deciding to round up all this listening we’d done and “tweet” it to you through this post. But it’s the best find of the day so far.

The sound on “Carnival of Horrors” is keyboard-enhanced death metal with plenty of punch and groove and an unexpected segment of what does indeed sound like the kind of horror-show carnival music you might hear in Hell. Pretty damned cool, and certainly enough of an attention grabber that we’re going back to finish off that demo as soon as we put up this post.  See for yourself:

Dethrone the Sovereign: Carnival of Horrors

So, there you have it. What we did with our morning so far. Were you riveted by our twitterish log?  Should we do this kind of thing again?  Or was it just another bad idea we ought to toss in the shitpile? Comments please.