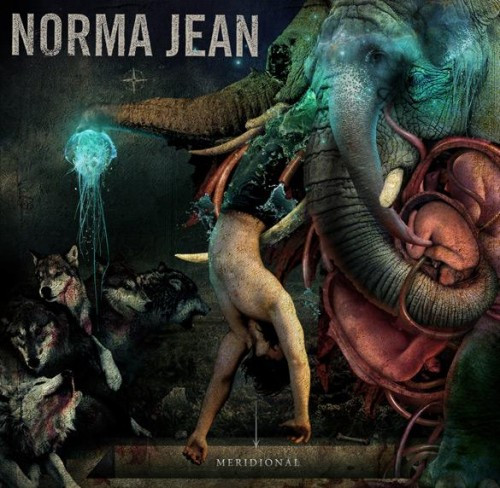 Norma Jean‘s new album, Meridional, will be released tomorrow on the Razor & Tie label. Before listening to my advance copy, I didn’t plan to write about it. For one thing, purely as a matter of personal taste, I’ve only been a moderate fan of the band’s previous releases. For another thing, it was predictable that the album would be the subject of plenty of critical attention from print and web media, and our focus here at NCS tends to be on bands that mostly fly under the radar screen.

Those preconceptions and plans went by the wayside after I listened to Meridional, after I saw the album art, and after I heard and read the lyrics. As a complete artistic creation, Meridional is nothing short of brilliant.

My personal tastes haven’t changed, and Norma Jean hasn’t suddenly vaulted itself into my personal pantheon of extreme metal divinity, but this album is worth the critical attention it has already been getting, and will continue to receive. And whether you’re already a Norma Jean fan or not, it’s music you should hear. It has certainly impressed the shit out of me.

(more after the jump, including a track to hear, and a montage of eye-popping album art . . .) 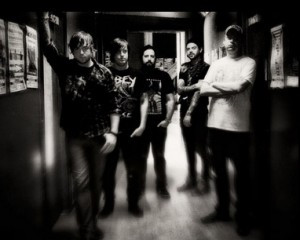 If there’s a unifying adjective for this music, it’s the word “intense.” Even the songs that feature can’t-forget melodies and borderline clean singing eventually build to crescendos of passionate, emotionally draining fury.

To put that another way, on many of the songs, Norma Jean could have taken the easy way out. As certain songs started, I expected one kind of progression — something “accessible” intended for a broader audience — and then found something else instead, something inventive and challenging and often aggressively harsh.

Much of the intensity level on the album can be sourced to Cory Brandan’s vocals. His high-register howling and shrieking supercharge each song with vein-popping passion. This style of vocalization is one of those aspects of Norma Jean’s music that I had in mind when I wrote earlier about the divergence of my own personal tastes. But at the same time, I have to admit that the raw, gripping intensity that’s such a large part of what I find riveting about Meridional is inseparable from Brandan’s vocals.

And his vocals are in turn inseparable from the sharp-edged lyrics, most of which can be heard through the sonic blast-force. Here’s just a sample from “Leaderless and Self Enlisted”:

Enslavement wasn’t my first choice.
My will is greater than that, believe me.
I’d scratch away to the center.
I’d bite it down to the blood.
I want to rip out the foundation,
I want the axis to rupture. 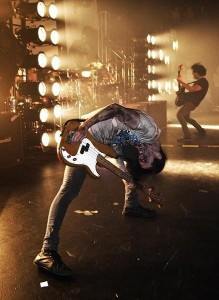 But the musical inventiveness of this album’s songs, as performed, ultimately come down to the guitar work of Chris Day and Scottie Henry. They weave a multi-hued tapestry of tones and rhythms: titanic heaviness, blazing experimental exuberance, clean melodic leads, and nasty, sludge-filled crawls.

I suppose as much as anything else, what really impresses me about Meridional is the fact that Norma Jean hasn’t stood still. They’ve pushed themselves to create something out of the ordinary, and in doing so they’ve displayed a remarkable level of song-writing talent and instrumental skill. This is, far and away, the best thing they’ve ever done.

No one song stands as a representation of this whole album, and so picking one to share with you was no easy task, because inherently, any one song will be a bit misleading about the album experience as a whole.  Ironically, the one I picked (because it has gotten stuck on my head)  is probably the most melodic, the most “accessible” — though just as angry and dark as everything else on Meridional. Click and stream:

Norma Jean: The People That Surround You On A Regular Basis

At the beginning of this post, we mentioned the artwork in the Meridional CD booklet — and it’s simply amazing. It was created by Jason Oda at Starvingeyes, and here’s what you’ll see as you page through the CD insert, beginning with an even bigger though slightly different image of the cover: 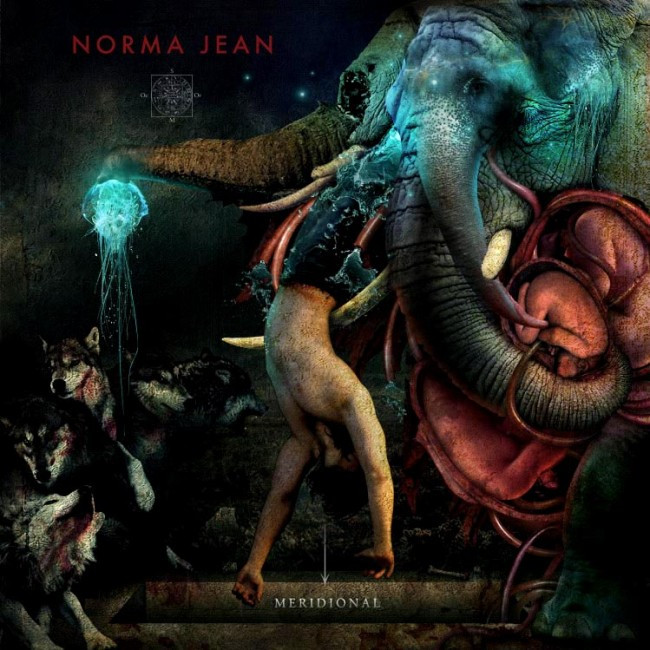 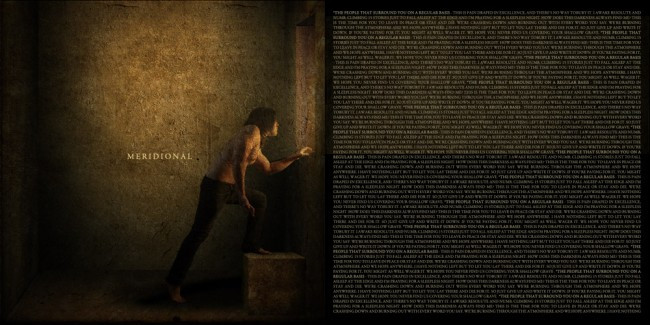 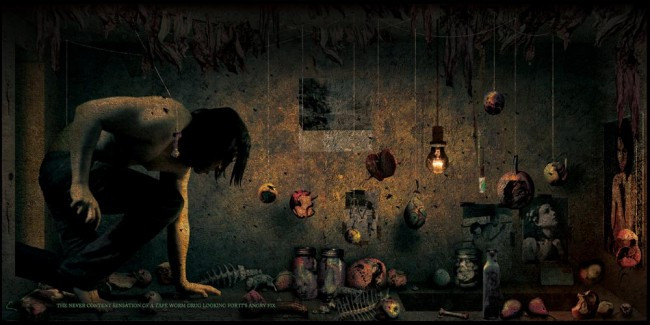 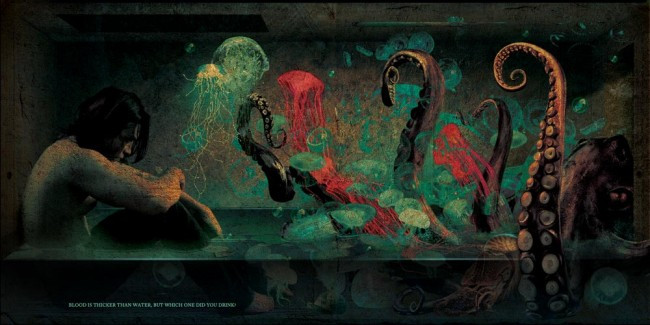 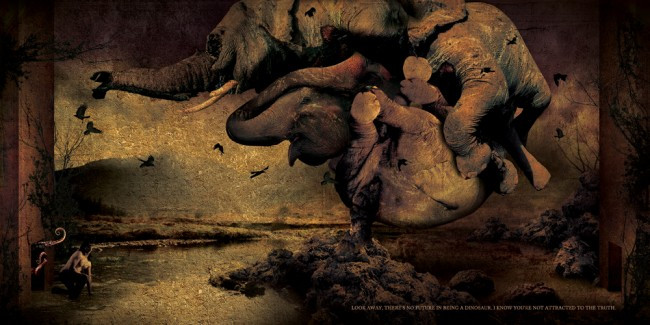 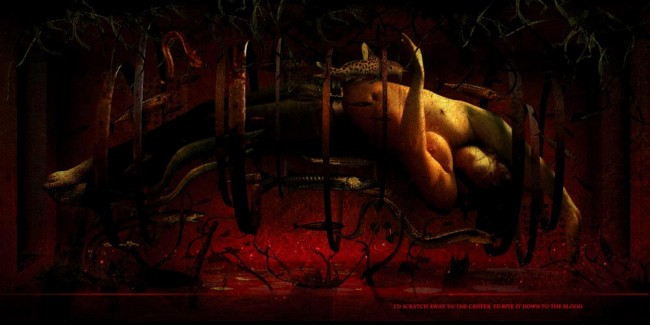 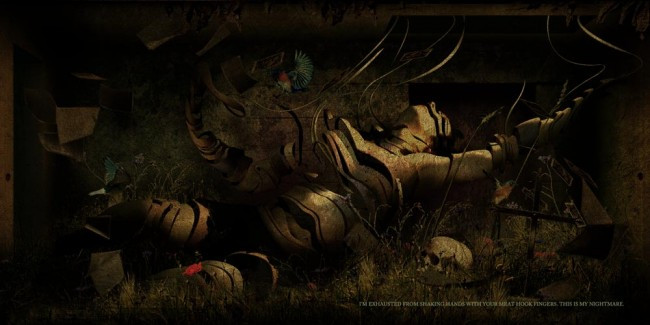 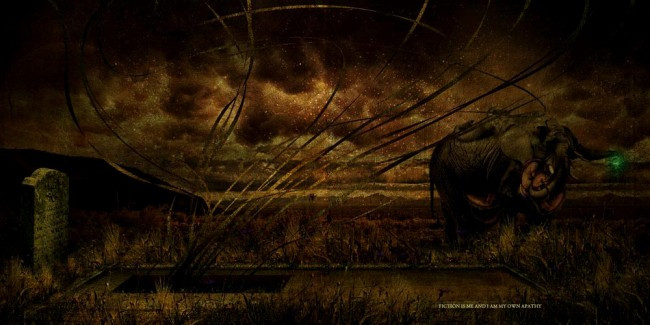 And here’s one more image that appears to have been created for Meridional but wasn’t used in the CD insert (at least it’s not on my copy): 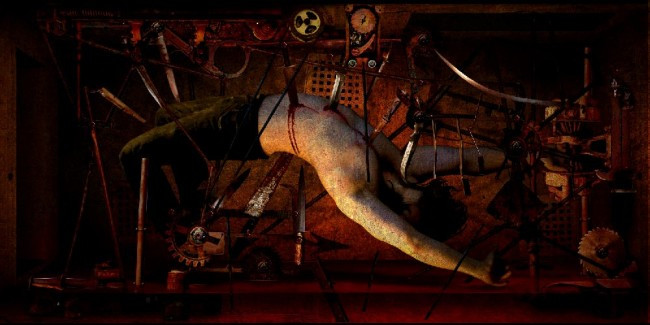