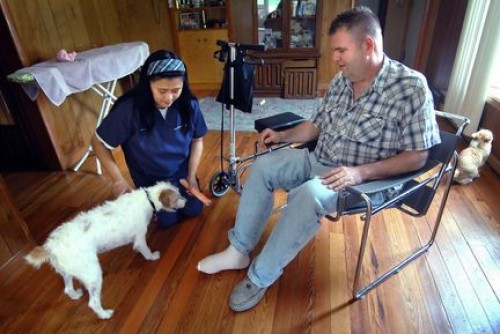 Usually when we put together these “That’s Metal!” posts, we collect an assortment of news items from a random day’s worth of reporting. But today’s piece of news is just so fucking over-the-top that we think it deserves to stand alone, without being diluted with any other stories.

It’s really a classic example of something that isn’t music but made us exclaim “Shit, that’s metal!” It’s so bizarre that there’s probably an even chance you’ve already seen it. So we’ll try to spice it up with some tasteless commentary, and of course, we’ve chosen some musical accompaniment that will follow the story.

When we saw the piece, it appeared under the following headline:

DETROIT (Reuters) – A Michigan man credited his dog with saving his life by chewing off his diseased big toe as he lay passed out in a drunken stupor.

Jerry Douthett, 48, woke up on a Saturday night in late July in his Rockford, Michigan home to find his Jack Russell Terrier, Kiko, had gnawed off his right big toe.

“The dog always lays with me on the bed,” said Douthett. “That night, I woke up and looked down at my foot, and it was wet. When I looked it was blood, and there was the dog looking at me with a blood mustache.” 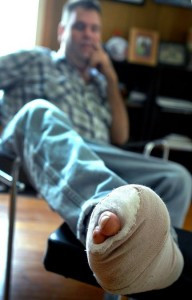 A blood mustache? Mustaches are so yesterday. Kiko should have worked on a blood beard. That might have required ingesting a few more of Jerry’s toes, but it’s not like he would have noticed.

Douthett’s wife, Rosee, rushed him to a hospital where doctors found he was suffering from Type 2 diabetes. His toe was badly infected and surgeons amputated the remainder of the digit.

Douthett’s wife, a registered nurse, had been urging him for weeks to have his infected toe examined by a doctor.

Maybe Jerry will start listening to his wife more. Do you think he will?  Nah, we don’t think so either. Why do you need to listen to a registered nurse when you’ve got a perfectly good diagnostician in the household who will also play fetch with you?

On the night Kiko ate his toe, Douthett said he had been out with his wife and drank about “six or seven beers” and a pair of giant margaritas “big enough to put goldfish in.”

“I was self-medicating at this point,” he said. “The moral of the story is that the dog saved my life, because otherwise I never would have gone in to see a doctor.”

We like Jerry’s fine sense of metaphor. Blood mustache. Margaritas big enough to put goldfish in. And he’s a moralist to boot. Plus, it’s almost like Jerry knew there was an amputation in his future and decided to use beer and tequila to anesthetize himself. On the other hand, Jerry strikes us as the kind of dude who self-medicates on a daily basis. 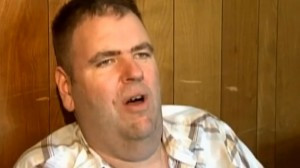 The couple said they were amazed that Kiko appeared to know Douthett had an infection that needed treatment.

“He kind of chewed off the infected part and stopped at the good bone,” said Rosee. “We joked that we shouldn’t have had to pay the co-pay because he did half the job by chewing off half of the toe.”

Even before surgery, Douthett said he asked a nurse, “Is there any chance I can get whatever’s left of my toe, so I can give it to Kiko as a treat?”

He said she replied, “That’s the sickest thing I ever heard.”

That’s not sick, that’s metal! Dude was only trying to give his faithful, life-saving dog a tip. And really, that’s the least Jerry could have done. That rancid, gangrenous big toe couldn’t have tasted too good. Some healthy human flesh and bone would have been a nicer treat. On the other hand, maybe it was better not to cultivate Kiko’s taste for toes.

More seriously, Douthett said he has sworn off alcohol. “For the better part of 48 years, I’ve had a good run,” he said of his partying days.

And as for falling asleep, Douthett said he’s not taking any chances. “I don’t think Kiko would do it again,” he said, “but I wear shoes to bed now.” 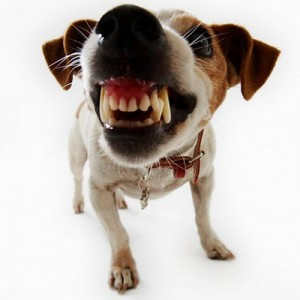 This seems like an overreaction to us. Your dog eats your big toe and all of a sudden you decide to swear off drinking and start wearing shoes to bed? Jerry’s obviously fond of Kiko, and the dog did save his life, but wouldn’t it have been more logical just to find a new home for Kiko?

Y’know, someplace like a nursing home, where Kiko could provide companionship to the aged and infirm. That way, Jerry could continue to self-medicate and go to sleep shoeless, while Kiko could have digit snacks whenever he wanted.

Well, no one asked our opinion. No one asked us to pick some metal to hear while contemplating the story of Jerry, Rosee, Kiko, and their future together, but we did it anyway. Enjoy the rest of your day, and take care of your feet. And your dogs.