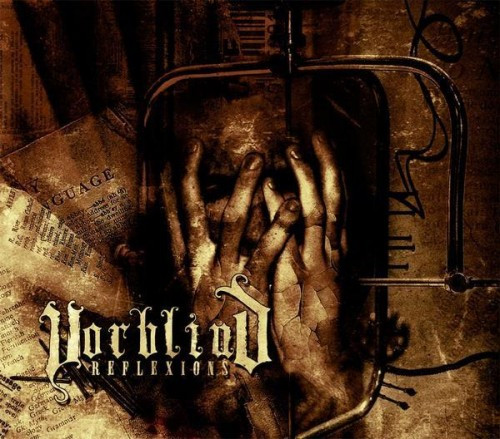 Last week, I got a series of attention-grabbing messages from my NCS collaborator IntoTheDarkness. In one, he urged me to check out a band called Yorblind, calling it “one of the best melodeath bands I’ve heard in a loooong time.” In another, he pushed me to hear Fractal Gates:  “Sooo good. In the same vein as Yorblind and Incarnia — new melodeath bands that kick ass. In Flames really was never this good lol.”

“In Flames really was never this good”?  Really?  Well, ITD is sometimes given to overstatement, particularly when he’s trying to get me to pay attention, and I’m sure he didn’t know I would quote him verbatim. On the other hand, when it comes to metal, he’s a lot harder to please than I am. So if his aim was to get my attention, he succeeded.

Oh, and I’m soooo fucking glad he succeeded, because, really and truly, these bands are soooo good. I spent much of the Labor Day weekend using them as a soundtrack to my R&R (what little of it there was), and the music just made everything sharper, more invigorating, more zap-headed. It made me happy all over again that somewhere in the dim mists of the past I started listening to metal.

I started out intending to write about both bands in a single post, but decided that just wouldn’t be right. So today the focus is on Yorblind, and tomorrow will come a few hundred words about Fractal Gates.  (more after the jump, including, as usual, a track to hear . . .) 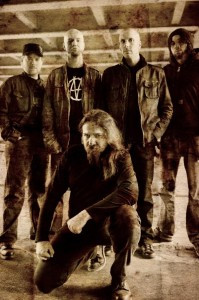 Yorblind is from Paris. For that matter, so is that other band we’re writing about tomorrow (Fractal Gates). Just a Gallic coincidence. Earlier this year, Yorblind released its second album, Reflexions, after a hiatus of something like four years following the band’s debut.

The new released was mixed by Franck Hueso (Hacride, Klone), it was mastered by Tue Madsen (Dark Tranquillity, Moonspell, the Haunted, dozens more), and it sounds just great. In fact, listening to it is an electrifying experience.

My comrade IntoTheDarkness classified the music as modern melodeath when he wrote me about it, but I would call it death-thrash with melodic overtones.

The songs are fast, galvanized by rapid-fire, industrial-strength bass rhythms and inventive, unpredictable drum fills. Against that backdrop of staccato pummeling, the guitarists (Mike Bry and Jipi) inject big, pulsing tones that reminded me of Gojira’s stylings (if played twice as fast), with large doses of compulsive chugging and Bry’s creative, wah-wah pedaled solos.

There may be something musically better than nail-driving chugs and timely blasts of distorted shred, but I’m having trouble thinking of what it might be at the moment.

Unless it’s all that, plus unusually creative, intelligent, non-standard drumming (from a dude name Drixxé). I had so much fun in my second tour through this album just listening to the drums. I would continually expect a certain progression, and continually be confounded by something different, and very cool. 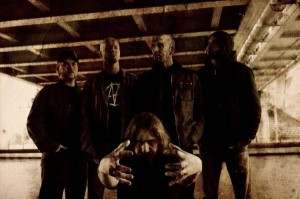 Down-shifted pacing appears here and there, at the end of “Suicide” and “To Feel Despised”, or near the middle of “You’re Blind” and “Blood Sucker”, but Yorblind mainly lives or dies by jabbing rhythms and that flashy guitar work — and the technical sophistication and inventiveness of all the instrumental work is absolutely top-shelf.

The vocals match the quality of the instrumental music. Nothing clean (thank you!), but “L. Chuck D.” has great range and power, from the cavernous roaring that opens up like an abyss to the blackened shrieking at the other end of the scale, and much else in between.

Melodies? Yes, here and there, particularly strong in “You’re Blind”, and even a hint of ambient keyboards on a few songs. Certainly not the classic Gothenburg style, certainly not enough to take the stage from the physical power of the thrash and the death, but enough to root the songs in your rmemory.

Was In Flames not this good at a similar stage in their career? I wouldn’t say that. The musical stylings are different, and you can’t overlook that In Flames was one of the progenitors of a genre. But I’ll say this: Yorblind’s Reflexion is a mammothly strong album from end to end, with songs I’ll be coming back to over and again, and I can’t say that about most of the releases I’ve heard this year.

This is the first song on Reflexions, the first Yorblind song I heard, and still my favorite. I hope it grabs you as hard as it did me.

Reflexions is available as a digital download at Amazon and iTunes and as a CD from Thundering Records.