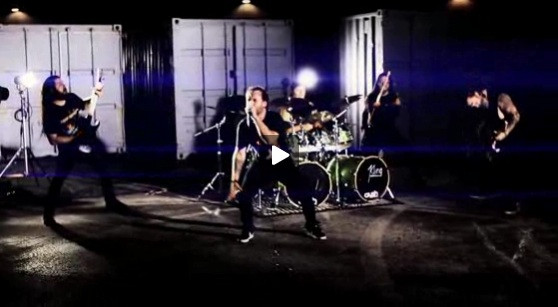 Well, fuck it. This is clearly new-video Friday. Seems like about every hour of the day so far a new video has popped up on our radar screen. And there’s really no reason why we should stop with those Animals As Leaders videos we put up earlier today. We’ll just continue putting up videos for as long as we see new ones to put up. How ’bout that?

Just tell your boss or your teachers or whoever is attempting to control your lives today to just fuck right off, get yourself a big ol’ fucking bag of popcorn, and just veg out and watch metal videos all day. Because at this rate, we’ll find a dozen more new ones before we call it quits today.

So, here’s what we’ve got so far: A brand new video for the title track from the new album by The Absence (“Enemy Unbound”); a brand new performance video from August Burns Red off their forthcoming live CD/DVD (the song is “Barn Burner”); and a new video from a California black-metal band called Valdur (the song is called “Vicious Existence”). Get the popcorn and go see ’em after the jump . . . (and don’t get faked out by our screen capture up at the top — clicking on that arrow won’t start the video, which is after the jump).

Metalunderground.com is hosting the world premiere of The Absence’s new music video for “Enemy Unbound”, the title track from the band’s new album, released on September 14. The album is great and so’s this song. It’s a melodic blend of thrash and death that includes the band’s trademark guitar solos.

Oh, and even though we figured out how to put this video on our site, you should still go to Metalunderground.com, because they’ve got a related interview up on the same page plus tour dates for The Absence.

Okay, all you metalcore-and-breakdown-haters out there, just take a deep breath and don’t get too flummoxed or pissed off over the fact that we’re putting up this video. All of us here at NCS are big fans of August Burns Red, and that’s just the way it is. We have great memories of seeing this band play, and this brand new video is a memory-jogger for those experiences.

This is a clip from the band’s forthcoming CD/DVD called Home, which is scheduled for release in the near future and is available for pre-order here.  The performance was recorded in the band’s hometown of Manheim, Pennsylvania before a sold-out crowd of 1250. The high-pitched portion of the vocals don’t come off too well on this one, but it was still fun for us to watch, and maybe some of you will think so, too.

Valdur is a traditional black/death-metal band from Mammoth Lakes, California, in the eastern Sierra Mountains. We’ve heard and read good things about but them, but haven’t yet gotten around to checking out their music — until this morning, when we received a press release about this video.

It’s not exactly a video, because it’s mainly a shifting array of still images of nature taken by the band within the Mammoth Lakes area. But the photos are pleasing to the eye, and the music is pleasing to the ears.

The song is dense and atmospheric, and in its sound and mood, it matches the wintry beauty of the pictures.  Valdur, by the way, released their first full-length album (Raven God Amongst Us) earlier this summer. Their MySpace page is here.