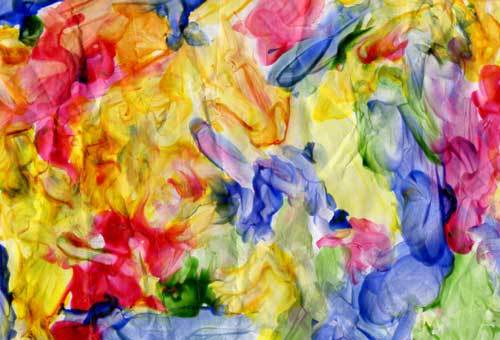 [EDITOR’S PREFACE: We don’t usually publish band press releases on this site. We leave that kind of thing to Blabbermouth. But today we’re making an exception. We’ll explain why at the end of the release.]

Legendary thrash-polka-disco masters Blows Hard have reunited after a 15-year absence from the scene, to the delight of their legions of die-hard fans.

Originally formed in 1991, Blows Hard revolutionized the thrash-metal genre with their pioneering use of the accordion, castanets, old-school polka rhythms, and disco beats. The underground scene in Kenosha, Wisconsin was never the same again.

After honing their craft through four long years of tireless practice, in which the band members taught themselves to play all the instruments, except for the disco backing tracks, Blows Hard self-released their ground-breaking debut album, Corpse Insemination.

Since the original release of that acclaimed 1995 debut, all the band members have successfully pursued accomplished careers in the automotive repair, septic-tank pumping, yard maintenance, flea-market, and prison craft industries.

The group, whose line-up once again includes all five original members, including currently imprisoned bassist Cyrus “Cretin Bob” Menzes, plans to begin recording new material in the near future.

Not all the band’s original members chased their dreams exclusively outside the music industry after the release of Corpse Insemination. Robert “Connie” Slickshute, one of the world’s finest and most renowned transgendered vocalists, first released a solo record (as a Blows Hard side project) under the stage name “Butch Hardcock” entitled Assless Pants in 1993 and then another solo record as “Queen Freedom” titled Strapless Gowns in 1996.

Commented Blows Hard guitarist/castanetist “B.O. Bob” Shrake, “We’re stoked to see what we can do now as a sort-of-female-fronted band. As a result of the medical procedures, Queen can really hit the high notes, but she can still hit those gravelly lows as only a woman who was born as a man can do. It should be fucking rad.”  (more after the jump . . .) 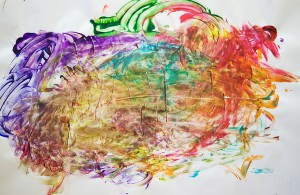 Fans who witnessed that legendary show at the Stumble Inn still talk about it to this day, or at least the ones do who remain civilly committed for long-term mental treatment after having witnessed the show.

Blows Hard will enter legendary Crotch Rot Studios later this month to begin tracking new songs for their long-awaited second release, an EP tentatively entitled Polka ‘Til You Puke. Said B.O. Shrake, “We’ve got the right album title, we just need to write some songs, but that shit just comes naturally to us. Shouldn’t take long at all to write songs. We only need 3 or 4 of the fuckers.”

Crotch Rot Studios is the brainchild of long-time Blows Hard roadie  Slobber Charlie, who bought a copy of Pro Tools software from recent winnings at the famed near-Kenosha Jake-Leg dog-track on the Ahwannawatscumintomi Indian reservation. Slobber plans a return to the Jake Leg track in the near future with plans to raise the funds necessary for purchase of a computer. [EDITOR’S NOTE: This small tribe’s name is loosely translated in English as “Fucked Blind By White People.”]

Slobber has previously worked with Kenosha favorites Maylene and Dutch Mengele, manicuring their lawn for the last 5 years since his release from the Oshkosh Correctional Institution on a child sodomy conviction.

“Actually,” said drummer Clevis “Satanic Satan” Bosman, “we’re planning to enter the studio just as soon as Polack Blackout can get his accordion out of hock. Fucking child support payments have crucified him. But he just landed a re-paving gig that ought to score enough chedda to get that special squeezebox back from the pawn man.”

“The response we’ve gotten from our long-time fans to the news of our reunion has been fucking mind-blowing,” said B.O. Bob Shrake. “We can’t wait to hit Crotch Rot and start laying down some amazingly brutal polka-disco madness.”

When asked how the band planned to secure the participation of imprisoned bassist Cretin Bob Menzes, Shrake said, “The Oshkosh prison has got this work-release program that involves bagging groceries, and our plan is for Cretin Bob to lay down the bass tracks in the back of the store on his breaks. That dude is such an amazing natural talent that he won’t need to practice or learn the songs in advance.”

Menzes is currently serving consecutive sentences for check-kiting and statutory rape, but will be eligible for parole in 2014.

“When B.O. called me, I knew what he was going to ask me before the words came out of his mouth,” says Blows Hard front-person Queen Freedom. “Two weeks before, I had a long talk with my higher power and he told me it was time I came out of retirement to start giving back what has been given to me. And then B.O. called to talk about the Blows Hard reunion! So you could say it is divine providence.”

When asked how the new songs will compare to the ground-breaking tracks that rocked Kenosha’s underground scene in 1995, Shrake said: “It will be the same, but more of that sameness. Even more accordion, more castanets, and heavier.” 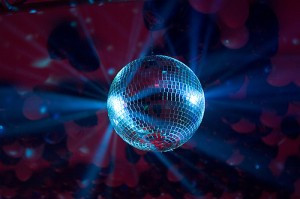 “We’re also gonna dust off some of those classic disco songs we all grew up on — some Donna Summer, some KC, some Bee-Gee’s — and then lay down some a those unique Blows Hard thrash-polka rhythms on top. When you add onto that Queen’s high-low vocals, the shit is gonna kick your fucking teeth in!”

The reactivated seminal  band also plans to film a music video of their 1995 classic, crossover thrash-polka hit, “Liquor in the Front, Polka in the Rear”. Said Shrake, “Satanic Satan’s got a part-time gig at this flea market in Kenosha and has his eyes on a used video camera that doesn’t appear to be too fucked up. We just need to line up a couple of hot girls to bump and grind to the music and we’ll be set to go.”

Cover art for Polka ‘Til You Puke will probably be executed by legendary fourth-grade finger-painter Timmy Bottoms, who by sheer coincidence is Shrake’s nephew. “Timmy has never done a metal album cover before, but he’s knocked the shit out of his teachers with his avant-garde approach to hand-executed artwork, and we can’t fucking wait to see what he does for the Puke album cover. Dude works really cheap, too. That was a factor.”

With so much excitement centered around their new record, it has sparked fires of tour talk, something this group has never done before. Will they hit the road in Europe or the States? Accordionist Kyzstazk said, “We’re in touch with some promoters in Europe, and they seem interested, as long as we can pay all expenses plus pay an advance on the ticket sales we’re promising. I don’t know if that’s gonna happen. Probably more likely we’ll just tour places like Racine and Oshkosh. We need to give the local homies what they want first, y’know?” 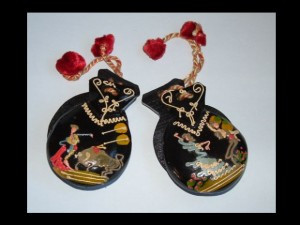 “We all have been talking about doing some live shows and the prospects are good that we will,” says Queen Freedom. “We have been hearing from quite a lot of promoters, so we will have to sit down with them and plan something. It’s looking like summer of 2011 is a good possibility.”

In their minds, the band already has material in preparation for a follow-up to Polka ‘Til You Puke, but they first plan to release a remixed, remastered and updated version of Corpse Insemination with bonus tracks and new material before breaking ground on the next record.

Blows Hard has set the track list for Polka ‘Til You Puke as follows, with actual song-writing to follow in the very near future.

[EDITOR’S AFTERWARD: To be brutally honest, which is the only kind of honest we know how to be here at NCS, this isn’t an actual press release. We made it up. All the persons and bands and music described in this release are all fucking made up. So if by sheer random chance we actually used something that refers to a real person or band or song, we didn’t mean it. Honest. So don’t call your fucking lawyers.

But we did lift some passages from actual recent band press releases that appeared on Blabbermouth, while changing the names. We find a lot of these band reunion press releases to be unintentionally hysterical. We probably needn’t have bothered trying to make them funnier.

Enjoy the rest of your fucking day.]