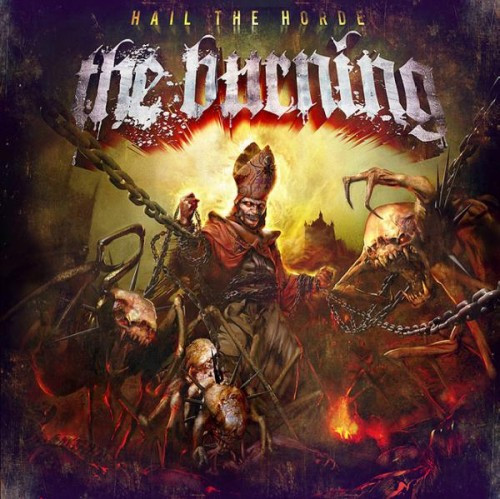 I didn’t have time last weekend to make my usual weekly exploration of new music for our MISCELLANY series, and so my list of un-heard bands grew. I’m now trying to catch up a bit with a mid-week installment, and with any luck, I’ll do another one this weekend.

I’m sure our previous readers are sick of me explaining what they already know, but our audience still seems to be growing, and so just in case someone’s reading this MISCELLANY thing for the first time, I feel like it’s only fair to give them the usual warning:

MISCELLANY is an unfiltered stumbling around in search of new music (and by “new”, I mean bands I haven’t previously heard, even if the rest of the fucking world knows them like the back of their hand). I keep a running list of bands that look interesting for some reason — sometimes for no better reason than they have an interesting name or cool album art — and then I randomly choose names off the list and go listen to what they’ve got to offer on MySpace or elsewhere.

What I hear, I stick into these MISCELLANY posts, regardless of whether I thought the music was worth a shit. More often than not, we’ve had good luck with the choices, but you never know. That’s part of the cringing fun of doing this.

For today’s installment, I listened to The Burning (Denmark), Caliber 666 (Sweden), and Sacred Oath (U.S.). And here’s a hint — I unintentionally hit a trifecta: All killer, and no filler. And although the styles of music are different, all three have returned to the earthy roots of older genres in a very appealing way.   (more after the jump, including your chance to stream the same songs I heard . . .) 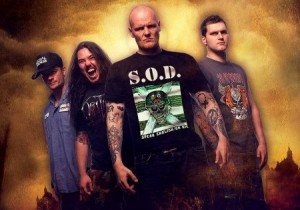 My first random selection was this foursome from Denmark whose music I’d never heard before I saw a blurb about them on Blabbermouth a few days ago. They’ve got a new album (their third) called Hail the Horde scheduled for an October 25 release in the U.S. and Europe on Massacre Records, and it will be available as a digital download from Amazon and iTunes (at least for those of us in the U.S.).

I was attracted by the nasty cover art for the forthcoming album by Brent Elliot White (whose creations have graced covers for Megadeth, Death Angel, Whitechapel, among others) and by this description of the music: “Musically, the backbone is heavily inspired by mid-Nineties groove metal, mixed with heavy, dirty rock choruses and crossover thrash. Not unlike the albums released by bands like Pantera, Corrosion of Conformity, Sepultura, and Helmet during the mid-Nineties.”

I liked all those bands. From what little I remember, I liked the mid-90s, too.

So, I jumped over to The Burning’s MySpace and listened to a track from the new album called “Bait the Hook” — and holy hell, that’s a damned fine song!  It’s a nasty piece of stripped-down, mid-tempo, power-groove with an absolutely killer, headbangingly-compulsive, main riff; a gritty low end that vibrates in the gut; expressive, throaty vocals; and a nice old-school, grinding breakdown that just churns and churns.

Pantera may be no more, but The Burning is carrying the standard proudly. Hail the Horde goes on my list of albums to get. An excellent first stop on this MISCELLANY tour! Here’s that song, “Bait the Hook”. If you can stay still while listening to this baby, you may have narcolepsy.

OK, so be honest: Did you move? Or do you have narcolepsy? 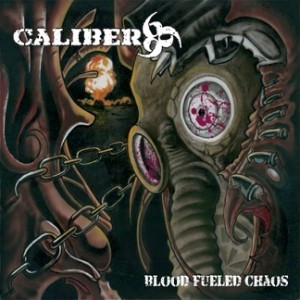 The next name I stabbed randomly on my list was Sweden’s Caliber 666.  About one week ago, I read this on Blabbermouth:

“Swedish death-mongers CALIBER 666 have inked a deal with Ibex Moon Records. The band’s full-length debut, Blood Fueled Chaos, will be available digitally on October 1 via MetalHit.com. Mixed and mastered by Fred Estby (ex-DISMEMBER), the CD features guest performances from L.G. Petrov of ENTOMBED (on “The Worthless”) and DISMEMBER vocalist Matti Kärki (“Let The Blood Flow”).”

Now, if you’re a fan of old-school Swedish death metal, like I am, tell me this: Could you possibly have resisted checking out this band? With participation by Fred Estby, L.G. Petrov, and Matti Kärki? Well, fuck, I couldn’t. Of course, when it comes to those names and the bands they’re associated with, I have all the willpower of a starving dog looking up at a dangling steak.

So, I hungrily slobbered over to the Caliber 666 MySpace page and played a song called “To the Killing Fields”. And it was all I was hoping for. Big, meaty, distorted chords; rumbling double-kicks; the piercing sawing of tremolo-picked guitar; evil growls bubbling up from a deep place; rhythmic diversity; and deep grooves. There’s also a nice, martial, drum-and-bass interlude.

This is ominous, mid-paced, well-executed death metal that brings to mind early Entombed, Grave, and Asphyx. As they say in the high-brow literary magazines, this is some fucking good shit.

Here’s “To the Killing Fields”:

The entire Blood Fueled Chaos album is available at MetalHits for the grand total of $4.99. Guess what spendthrift has already bought it? Yeah, you’re fucking right I did. 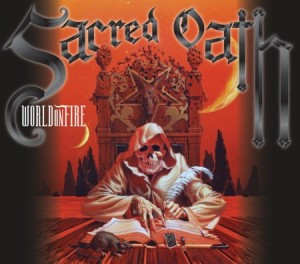 This next band, from Connecticut, also leaped out at me from the pages of Blabbermouth a couple weeks ago. The article I saw then reported that Sacred Oath had completed work on a new album called World On Fire that it planned to release at some unspecified time before year-end. A more recent report now indicates that the album will be released on October 26 as an iTunes exclusive in a bundle that includes a PDF of the cover art, lyrics, and liner notes.

Now, I have to say I’m stoked to see that. As the music world moves ever more inexorably in a download direction, I live in fear that the things you get with CDs — the art and the lyrics — will go the way of the dodo. My selfish hope has been that bands will continue to include art and lyrics, even when the day comes that no music will be available except as digital downloads.

The other thing that caught my eye was the news that World On Fire is a concept album based on Frank Herbert‘s sci-fi classic novel, Dune. I love Dune. It’s one of my all-time favorite books. So, that Dune-based concept was enough to set the hook in my gills. And if that hadn’t been enough, I also thought the album cover by sci-fi artist Michael Whelan (Sepultura, Evile, Stephen King) was also fucking cool.

Venturing out into the ether, I discovered that Sacred Oath has been around a loooong time — sort of. Their debut album was released in 1988, but the band quickly broke up, only to reform and re-record the debut in 2005. That’s a long fucking hiaitus, but the reunion seems to have succeeded. A couple more studio albums followed the re-release of their debut, as well as a live album.

The Sacred Oath song I heard on this MISCELLANY exploration is from the new album, and it’s called “Meet Your Maker”. It’s a hard-hitting dose of power metal — a thundering gallop of a song, with shrill guitar leads, clean James Hetfield-style vocals singing about rocket ships to the moon, and some ear–piercing guitar solos that build to face-peeling levels of shred. This thing put a big smile on my face.

If you like what you hear, there’s more available at Sacred Oath’s official web page.

That’s it for this installment of MISCELLANY. I can’t say any of this music is breaking new ground, but it’s helping to keep some older styles of music alive and fresh. It’s simple, stripped-down, in-your-face metal. Maybe we can call it “roots metal”. Anyway, hope you liked it as much as I did. And if you didn’t, well, to quote the last line of Gone With the Wind, “tomorrow is another day.”