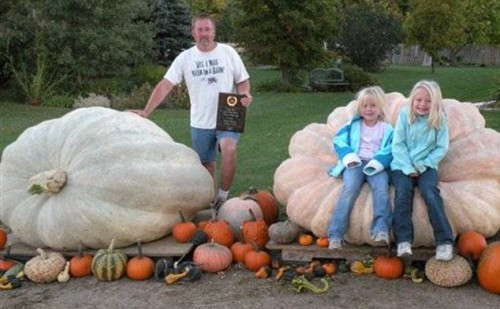 Fair warning: We kinda went overboard with this edition of “THAT’S METAL!” We decided it was time to peak into the awful world outside our metallic island home, just briefly, just long enough to find a couple of news items that would make us say, “Shit! That’s metal!”, even though it’s not music. And we just kept coming across bizarre stories, one after another. Rather than attempt to winnow down the items we found, we just decided to put them all in here. We realized that you could stop reading if it got to be too much.

Because we have so many items today, let’s just jump right in without further ado. There’s no charge for our accompanying commentary.

Halloween is fast approaching, and Halloween is one of our favorite nights of the year. One reason we like Halloween so much is because of pumpkins. Big, fucking pumpkins carved to resemble ghoulish heads, with candles inside that cause them to emit a hellish glow through the carved eyes and mouths. In this first item, we have a pumpkin lover’s wet dream.

The picture at the top of our post, by the way, is farmer Marsh, his daughters Maddie and Autumn, and another giant pumpkin he grew — weighing in at 1,536 pounds. If I were farmer Marsh, I would not let my daughters sit on that pumpkin. People have tried to tell me that pumpkins are just big squashes, they grow in the ground, and they don’t eat human flesh. But this close to Halloween, I wouldn’t be taking any fucking chances, y’know?

Our next item comes to us from Obion County, Tennessee, where the fire department operates strictly by the book and where you can pay a pretty high price for being forgetful. 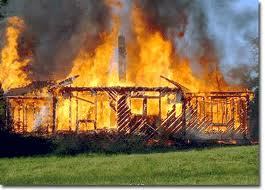 Jeff Vowell, city manager of South Fulton, told the Union City Daily Messenger that the city fire department let Gene and Paulette Cranick’s trailer home near the Kentucky border burn last week because he didn’t pay the subscription common in many rural areas. Images on television show the firefighters sitting in their fire trucks while the home burns. Cranick said in television interviews that he told firefighters he forgot to pay his dues and would pay them after the firefighters put the blaze out.

Cranick’s doublewide home is outside city limits. But South Fulton offers fire protection to nearby residents for a fee and once the fire threatened to spread, the department did protect a neighboring house that had paid.

That’ll teach those hicks outside the city limits to pay their fucking fire protection fees! That’ll show ’em that the South Fulton fire department means business! Kinda brutal, but that’s what makes this story metal, right? Write your goddamn check on time or your local firefighters will just toast marshmallows over the smoking remains of your home sweet home. 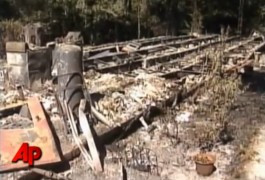 Cranick’s son, Timothy, was so angry he later went to the fire house and punched the chief, police said. The younger Cranick was charged with aggravated assault and is free on bond, according to authorities.

Man, when it rains it pours, doesn’t it? First, the Cranicks lose their double-wide, then their son gets charged with aggravated assault. Wonder what happens in South Fulton if you don’t show up for a court appearance?

For our next item, we’re taking a big leap from western Tennessee all the way over to New Delhi, India, where athletes in the Commonwealth Games seem to be competing in some unscheduled athletic events. 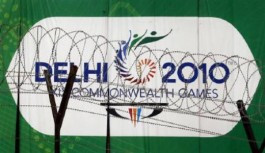 NEW DELHI – Thousands of flushed condoms threaten to choke the Commonwealth Games village’s drainage system, media reports said, in the latest problem to hit the venue from hidden snakes to outbreaks of dengue.

Games organizers, who won a race against time to ready the village, are now battling to clear clogged drains after thousands of non-biodegradeable contraceptives were flushed down toilets in the first week of the event.

Now that’s fucking metal! Actually, that’s just fucking!  These sound like my kind of games.  Even if you lose in your scheduled event, you can still score (as long as you’re not one of the dudes who has to clean out the drainage system). Wonder how the organizers of the games are handling this somewhat embarrassing development?

“If that is happening, it shows that there is use of condoms and I think that is a very positive story. Athletes are being responsible,” Commonwealth Games Federation President Mike Fennell told a news conference Thursday. “We all know that encouraging safe sex is a very important thing to do.”

Coincidentally, that’s actually the first thing I thought of when I read this story: “Those are some really responsible athletes!” And then the second thing I thought of was, “Man, that’s some world-class fucking!” But it turns out that the competitors at the Commonwealth Games are pikers in comparison to Olympic athletes:

Games organizers had provided 8,000 free condoms in the village, and the provision appears to be in high demand. One official told the Mail Today newspaper Thursday that over 4,000 had already been snapped up by eager athletes.

Following a decision to provide free condoms at the 1992 Olympics in Barcelona, it has become something of a tradition. At the Sydney Olympic Games in 2000, athletes quickly used up the 70,000 free condoms provided, forcing organizers to supply another 20,000, while at the 2004 Games in Athens, the provision was doubled to 130,000. At both the Beijing Games in 2008, and the Vancouver Winter Olympics in February, 100,000 condoms were provided for athletes.

No wonder all those Olympic athletes wear big fucking smiles during the opening and closing ceremonies, while they’re waving their national flags and parading around the stadiums. It’s a wonder they can walk at all. The Olympics are clearly giving gold medals for the wrong events.

Time to leave the frolicking in New Delhi and jump back over to Tennessee for our next item.

Memphis teen shot in behind over sagging pants 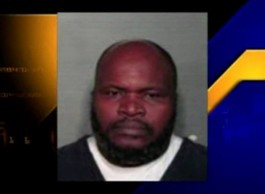 Police say a 45-year-old Memphis man angry over two teens’ sagging pants shot one in the buttocks during an argument. He faces aggravated assault charges. The boys were walking through a southeast Memphis neighborhood when Kenneth E. Bonds yelled at them to pull up their pants, according to an arrest document.

Police Sgt. Ron Perry said the teens refused and the three began arguing in the street. Bonds then brandished a semi-automatic pistol and threatened to shoot the teens. Perry said Bonds fired several shots and hit one of the teens as the pair ran away. The teen’s wound wasn’t critical.

Dude! That’s a pretty harsh way to deal with saggy pants, don’t you think? But there’s a silver lining to this tail of woe, because after Mr. Bonds finishes dealing with his criminal problems in Memphis, there’s probably an opening for him in the South Fulton fire department. Seems like he’s got the right kind of take-no-shit attitude that’s needed when you have to watch trailer homes burn to the ground for non-payment of fire protection fees.

Last, but certainly not least, we have this choice item from Bradenton, Florida, with the following, completely unforgettable headline:

Man denies crack in buttocks is his

BRADENTON, Fla. — When sheriff’s deputies allegedly discovered bags of marijuana and cocaine between a man’s buttocks, they said he gave a quick explanation. Manatee County deputies said Raymond Stanley Roberts told them “The white stuff is not mine, but the weed is.” 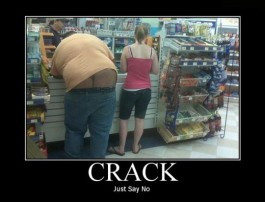 This is definitely metal. Most people caught with weed and crack in their butt cheeks would just collapse in a pool of tears and start preparing for their jail time. But not this dude. Mentally calculating at the speed of light, he conceived of a completely convincing way of side-stepping the heavier drug charge that comes from possession of crack:

“Fuck, officers, I don’t know how that bag of white stuff got up in there. Now the weed? That’s definitely mine. Clearly, I need to be more discriminating about who I spread my cheeks for. I’ll be much more careful in the future. Just give me a ticket for the weed, and I’ll be on my way. Deal?”

Deputies stopped the 25-year-old Wednesday in Bradenton for speeding. Officers said they smelled marijuana and searched him. That’s when they allegedly found a bag of marijuana between Roberts’ buttocks.

Officers then discovered another bag in there; the report said it contained 27 pieces of rock cocaine, also known as crack.

Let’s think carefully about the implications of this report. Dude is speeding along in his car, notices the flashing lights behind him, and pulls over. And somehow, between the time he notices the cops and the time they get him out of his car, he manages to shove a bag of weed and a bag of crack up his ass, while sitting on his “storage unit”. Pretty impressive, particularly if he did that while continuing to drive.

I’m also trying to imagine the search. The cops smell weed on the dude and immediately decide to have him drop trow so they can look up his ass? I wonder if Bradenton and South Fulton are sister cities?