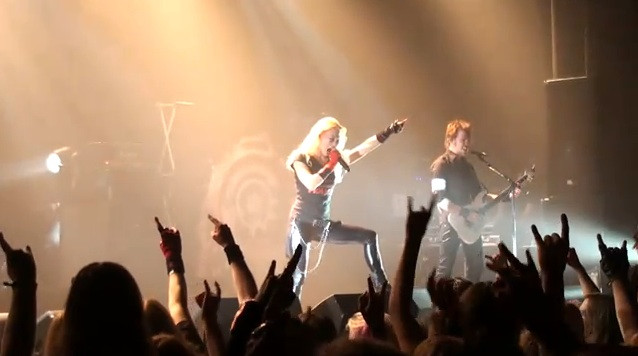 We just discovered video of Arch Enemy‘s performance on Oct 22 at The Waerdse Tempel in Heerhugowaard, The Netherlands. We had to watch those clips, because Arch Enemy is an NCS favorite and because the band’s live performances in Seattle have been some of the best shows we’ve ever seen.

These are fan-filmed clips, but the video quality is very high and the audio quality is above-average, too. So, they’re worth sharing with you. Besides, featuring Arch Enemy is in keeping with the female-centric nature of our previous post today. As far as we know, Angela Gossow doesn’t swallow swords (or running jackhammers) and hasn’t married herself, but man, can she command a stage.

Here’s the clip of Arch Enemy performing “Ravenous”, which is just a cool fucking song to begin with.