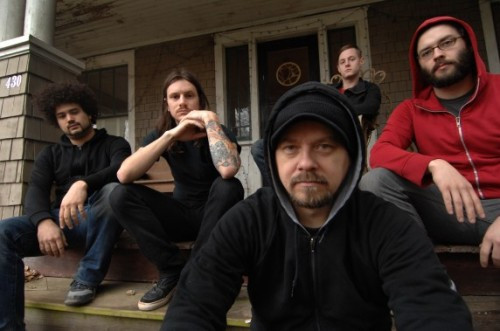 The English philosopher Thomas Hobbes had it right: life is nasty, brutish, and short. In much of the world, living conditions have improved in the 360 years since he wrote those words, but still — too many people are no damned good, bad things happen to the best among us, and the truly wicked get away with murder. On the other hand, living does have its compensations, and the immense and constantly evolving variety of music is one of them.

As with life in general, the kind of metal I tend to prefer is also nasty, brutish, and short. This suits my attention span, which is somewhere between that of a hummingbird and a rhesus monkey.

Long songs tend to try my patience, perhaps because the length so often seems forced — as if bands were taking shorter songs and artificially padding them to achieve a certain length rather than because the bands really needed more time to express what they were thinking and feeling.

But in the last few days I’ve come across some long songs that merit every minute of the attention they require. And when I say long, I don’t mean 6 or 7 minutes. I mean loooong — as in, the shortest one is 16+ minutes. And that’s the one we’ll start with today. It’s called Viking Funeral, it’s by Hull, and it blows my fucking mind.  (more after the jump . . .) 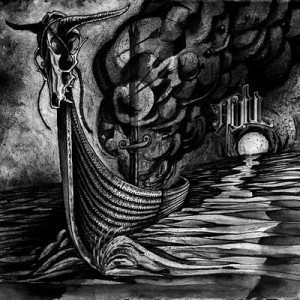 Viking Funeral was originally self-released by the band in 2007 as their first official recording, and it has recently been re-released as an EP that’s now available on iTunes. According to the band, it “will eventually be part of a full-length album that touches on life, death and afterlife in the Viking mythology.”

I was predisposed to like this song before I ever heard it, because I thought this Brooklyn band’s 2009 debut album on The End Records, Sole Lord, was a real stunner. But it’s still one, long song, with no discernible breaks. That’s a lot of music to take in at one sitting, and it really isn’t the kind of thing you can jump into, or stop, at mid-stream. If you go in, you’ve really got to stay with it for the full ride.

But man, is it a worthwhile ride. It starts fast, but with massively downtuned, jagged riffs and hellish howling. A melodic lead enters the fray briefly, but then those deliciously brutal, sludgy riffs return. The chords roll forward like heavy, black clouds, and the pace slows, like an engine throttling back while belching gouts of sulfurous smoke.

The melodic lead returns — and becomes a psychedelic solo — and then a big vat of sludgy grind falls down on you from above. At about the 7:00 mark, relative quiet descends, with solitary but ominous noodling on the guitar, and that’s followed by a low, slow, smoky solo that sounds almost like a tenor sax, backed by grimy guitar and bass chords.

At about the 9:15 mark, the music begins to spool back up to speed, with pulsating, impatient guitar squealing/soloing, and the howling begins again, followed by another wall of heavy, distorted riffing. 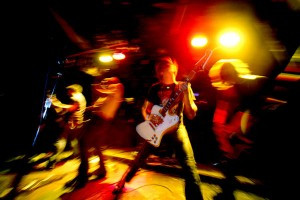 Those titanic riffs begin to pound remorselessly, and the band’s sludgy southern blues vibe really begins to stab and groan. The guitars (and there are three of them) bleat and bawl and chug, and a melody reemerges near the close.

The music is agonizing and ugly and intense, it’s massive and raw and searing, and at times it’s also beautiful — just as the sight of magma flowing inexorably down the side of an active volcano at night is beautiful.

You might be able to break Viking Funeral into two parts, and try to live with one or the other, but you would lose something important if you did that. It’s worth wallowing in this glorious pit of ooze from start to finish.

I wish to hell I could stream the song for you from this site, but the best I can do is point you to Decibel site, where it’s being streamed exclusively.  Go check it out (here’s the link).

Hull’s official web page is here, and their MySpace is at this location.

One Response to “LONG SONGS: HULL”