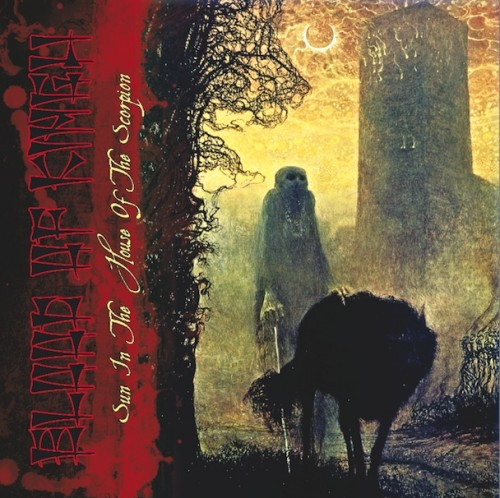 [Just in case we ran short of quality guest contributions to use while I was away, I wrote a few brief pieces before leaving. They’re called “teasers” because they’re just brief tastes of new albums that I’d like to review for NCS when I get back — because they’re really good. Of course, I have the attention span of a gnat, so there’s a chance I’ll never do that, and these teasers will be all I accomplish. So I’m running them even though I don’t need to.]

This is the second teaser. The first one was about The Secret. This one is a taste of the new album by:

The Band: Blood of Kingu

The Band’s Location: The Ukraine

The Album: Sun in the House of the Scorpion

Brief notes:  This band is the side project of Roman Saenko, the creative force behind Ukrainian cult folk-black metal band Drudkh (as well as Dark Ages), and fellow Drudkh band members Thurios (who also played with Saenko in Hate Forest), Krechet, and Yuriy Sinitskyi.

But this music is a departure from Drudkh. It includes some ethnic drumming and some Tibetan chanting, but apart from those flourishes, this is standing-wave, wall-of-sound black metal that courses through your blood like a superheated injection. Here’s a track:

Blood of Kingu: Those That Wander Amidst the Stars

2 Responses to “A TEASER: BLOOD OF KINGU”