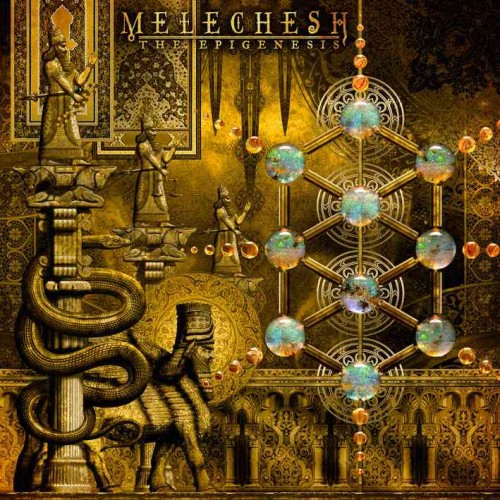 [Just in case we ran short of quality guest contributions to use while I was away, I wrote a few brief pieces before leaving. They’re called “teasers” because they’re just brief tastes of new albums that I’d like to review for NCS when I get back — because they’re really good. Of course, I have the attention span of a gnat, so there’s a chance I’ll never do that, and these teasers will be all I accomplish. So I’m running them now, even though I don’t need to]

This is the third teaser. The first one was about The Secret. The second one was about Blood of Kingu. This one is a taste of the new album by:

The Band’s Location: The Netherlands (ex-Jerusalem)

Brief notes:  Exotic, eastern, invigorating, black as night, red as fire, and sometimes bright as day. Sounds like nothing else. Here’s a track:

2 Responses to “A TEASER: MELECHESH”