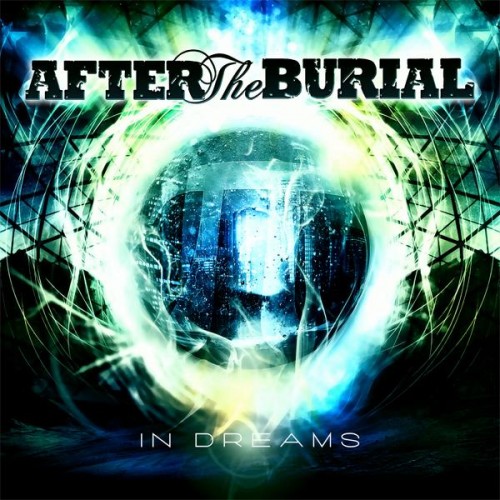 [EDITOR’S NOTE: Today we’re stepping aside again to make way for another album review by our UK contributor Andy Synn. It’s about the latest release, In Dreams, from one of NCS’s most beloved bands — AFTER THE BURIAL — but brace yourselves, because Andy is underwhelmed with the effort — and backs up his opinion in detail. Comments please!]

Apologies all, but I’m afraid this is going to be my first ever mainly negative review.

To qualify myself for this, I’d like to state that although I found Forging A Future Self to be a little stock for the majority of its running time, the band’s sophomore release Rareform remains one of my favourite albums of the more modern iteration of metal. It’s a skillful display of technicality and melody, mixed with a sense of interesting and progressive song-writing and a great sense of (non-derivative) Meshuggah-influenced groove. It had energy to spare and was organic in its ability to shift styles and tones.

Unfortunately, the third album In Dreams seems to have forgotten much of the positive growth demonstrated by Rareform, aiming for a more derivative and mass-appeal based sound. In a move similar to much of the “djent” movement (and also in a way reminiscent of the development of UK hardcore darlings Architects) the band have regressed to a more simplistic, and arguably less “metal”, sound. Now whilst not every record needs to be “tr00”, “kvlt”, or whatever is the precisely elitist terminology of the day, this record comes across as rather forced and lacking in certain departments, leading me to wonder if the band have lost a lot of interest in the “metal” element of their sound. (more after the jump . . .) 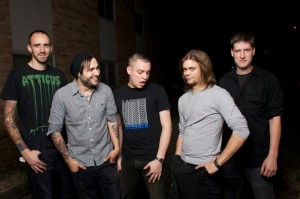 The overall sound now is far closer to their debut offering, far more generically “hardcore” in approach (and although I grew up as a hardcore kid, shaved head and Earth Crisis wife-beater to boot, the new iterations of “hardcore” do seem somewhat lacking), with few real riffs to make note of. The majority of the delivery is now predicated purely upon rhythmic chugging and bouncing – whereas before these elements were but one part of a varied mix of styles. The Meshuggah influence is now far less organic and original, coming across as far more derivative in approach and delivery, whilst also making up 90% of the overall sound of the record. The use of breakdowns (not necessarily a bad thing at all by the way) has increased dramatically – however, they are rarely used to great effect, merely highlighting a portion where “the kids” can get down a bit harder. There is a LOT more playing upon pseudo-heavy polyrhythmic patterns than there is any attempt to build a sense of mood or overall depth to each song.

Opener “My Frailty” comes across as an amalgamation of cast-offs from both the band’s previous records, lacking any particularly catchy or memorable riffs, favouring general djentiness and dissonant patterns over any actual sense of direction. The solo is nice (overall the record still remains extremely strong in the lead guitar department) but little about the track is truly memorable. It also demonstrates an unfortunate tendency which permeates the entire record — the tendency to force different parts and sections together in a harsh and often unnatural manner (in contrast to the smooth delivery and agile changes found on their previous records) by simply stopping and re-starting the song to suit. This interrupts most of the songs on the record in an extremely unfortunate manner and comes across as memorable in entirely the wrong fashion. 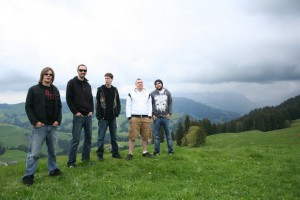 “Pendulum” and “To Carry You Away” noticeably incorporate far more of the upbeat major key riffs which seem to have become a key part of the “djent” sound, presenting a welcome contrast to the generally darker material offered. However, without any real heavy riffs for contrast, this often come across as extremely shallow and an easy attempt to shift their core sound toward more accessible areas of the current music scene.

My concern is that, much like Periphery (who work far better when not trying to convince others that they are “heavy” – their better material is clearly the more melodic and textured and less “metal” of their material), whilst ATB as a band wish to move into a more melodic direction, they want to do so without losing their “metal” credibility (unnecessary cliché though that is) – meaning the heavier sections come across as forced and unconvincing, as their hearts are really more into being less heavy.

I have no problem with a band wanting to shift their sound and fan-base (as it seems this record is clearly designed to do) as long as it is being produced honestly and without regard for popularity and politics. This record seems somewhat cursed to be caught between two differing poles and suffers for it. Ideally, however, this will simply serve as a transitional period for the band, to be looked back and remarked upon in the future. Let me be clear, however, that whilst both tracks (“Pendulum” and “To Carry You Away”) have their disappointing and more generic elements, there are still parts which are immensely enjoyable. 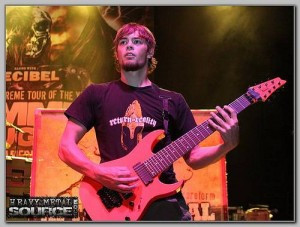 The aforementioned songs also include a woeful amount of clean vocals that do not sit well with the rest of the sound. Now, I am not at all against clean vocals — a large proportion of my listening includes cleans, either occasionally or predominantly throughout, and I appreciate what can be done with them and what new depths they allow bands to plumb. Unfortunately, these cleans come across as extremely shallow in approach and do little except reinforce an unfortunate comparison that has sprung to mind – the record as a whole so far is coming across as an unfortunate mix of Finch + Meshuggah, with a touch of Dragonforce — a mix that does not sit well at all.

Worst of all is the use of cleans in the song “Promises Kept”, which comes across as a terrible attempt to make a Lostprophets-esque sing-along cross-over track. And don’t get me started on the terrible moment at 3:25 where the band drops into one of the worst, most off-putting segues I have ever heard. They seem to have lost all their previous skill in penning intriguing and natural changes between styles and sections – replacing them with harsh breaks and stops that ruin the natural flow of the songs entirely. 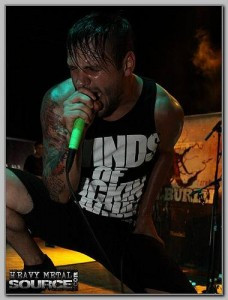 The record does have its positives, however. The vocal performance by “new” singer Anthony Notarmaso is now far more powerful and commanding, demonstrating his increasing comfort in the band now that he has totally new material to work with and make his own. The track “Sleeper” starts off as markedly different from the others, with an energy and aggression reminiscent of “Rareform”, combining technical riffing with a series of constant tempo changes and adjustments, along with a sense of honest-to-god heaviness that has been lacking in the rest of the album.

Most of the tracks also continue to contain some impeccable lead work, well-written and well-played lead lines and solos offsetting the more basic chugging nature of much of the material. It’s a shame that these elements too often come across as an attempt to justify the more basic nature of the material behind the lead guitars.

Strangely enough the last track, “Encased In Ice”, is the record’s real stormer – based around a strange, elasticated (and memorable) riff underpinning a surprisingly danceable rhythm. It’s energetic and punchy and comes across as the best of “djent” – influenced by the tones and styles of a certain Swedish band, but not utterly derivative of them. Its more positive and upbeat delivery thrills the listener with its energy and unpredictability and provides a pleasing send-off for an otherwise disappointing release.

Overall this album has been a major disappointment. Although I did not expect an exact re-recording of Rareform, I did expect a development of the band’s music toward new horizons. Rather, we are treated to a regression of their sound toward a more generic and predictable mix of styles, substituting forced “new” elements for actual organic progression. The song-writing seems to have suffered as the band has chosen to include far more elements designed (either consciously or unconsciously) to increase their sound’s mass-appeal, which sit badly against the traditional elements of their sound – a fact which can be observed in the prevalence of harsh and unnatural cuts and changes between styles, which reflects poorly upon the music. 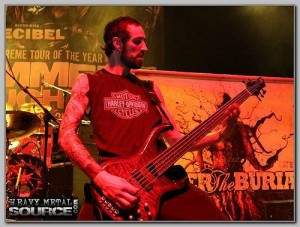 I urge people, however, to continue to support the band in the hope that they will once more continue to progress toward newer and more distinctive sounds, learning from the mistakes (subjective or otherwise) of this record. In Dreams could, in the future, be viewed simply as a necessary and slightly awkward transitional period for a band wanting to explore different avenues than those they had originally set-out to follow – reducing the overall “metal” content of their sound due to an honest lack of interest (rather than a cynical play for popularity) in a manner similar to that explored by current rising stars Tesseract. Only time will tell.

I apologise for the negative review, but I felt that this one needed writing, as otherwise I predict an unjustifiably gushing response for a band that, to me, appears to be resting on its laurels and confused as to its overall direction.

23 Responses to “AFTER THE BURIAL: IN DREAMS”