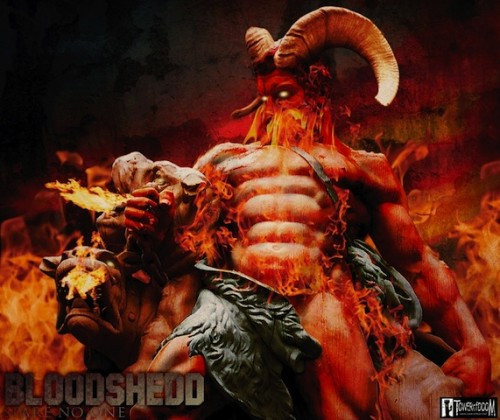 Well, while I was off on vacation, the band released their second official music video in support of Spare No One. It’s for a song called “Beast 696”. The video is another one of those band-playing-in-a-warehouse-or-alley concoctions, with fast cut-aways in the editing to keep pace with the blazing music. And oh hell, does it blaze — a buzzsaw of blackened thrash played with top-shelf instrumental skill and a knack for triggering neck-snap’s.  (more after the jump . . .)

Here’s Bloodshedd’s official video for “Beast 696”. Depending on where you live, Spare No One is available on iTunes, Amazon, Napster, etc. 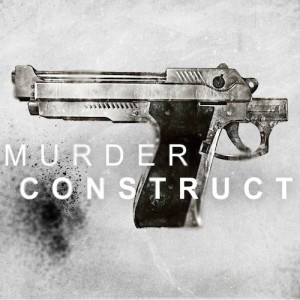 I have MetalSucks to thank for this next item. In making my way through posts that appeared on that site while I was gone, I came across one that began with this attention-grabbing intro:

It’s a rare that a supergroup ends up being more than the sum of its parts — and yet, miraculously, such is the case with Murder Construct, a new deathgrind outfit featuring Cattle Decapitation’s Travis Ryan on vocals, Exhumed/Phobia/Impaled’s Leon del Muerte on guitar and vocals, Intronaut/Uphill Battle’s Danny Walker on drums, Bad Acid Trip’s Caleb Schneider on bass, and Fetus Eaters/Watch Me Burn’s Kevin Fetus also on guitar. With a pedigree like that, your expectations for the band are pretty high. And guess what? Murder Construct do not disappoint.

Seeing all those band names and people mentioned in a single sentence brought me up short. And then, to boot, that post included a stream of Murder Construct’s entire, self-titled new album (which has now been officially released). So I paused and started listening to that stream, and man, am I glad I did.

I do like grindcore, but I’ll be the first to say that lots of grindcore bands (including ones I like) just blast away for all their worth with nary a backward glance at song construction, variety, or any features that might make the song stick in your head for more than the time it takes to listen. I don’t mind, because what I mainly want from grind is to get my brains thoroughly scrambled in a perfectly legal way. But Murder Construct goes above and beyond the usual grindcore template.

Take the song “Control”, for example. It blasts out of the starting gate with blistering riffs, Travis Ryan’s bestial yowls, and spasmodic drumming, but it also includes a nasty old-school breakdown with a nifty little grinding riff that made me want to bang me head. The next song, “No Savior”, includes more unpredictable drum patterns, a surprising bass arpeggio, and shifting rhythms — all in the space of 1:53. Each song has its own identity, its own surprises (including lots of complex rhythms and technical instrumentation) — without sacrificing the balls-to-the-wall mayhem that makes this grindcore.  Check out “Control”:

For more info on Murder Construct, you can visit their MySpace page here. You can buy Murder Construct’s new album as a CD from Amazon or from Relapse at this location, or as a digital download from iTunes. 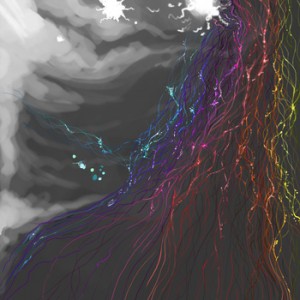 Hey, haven’t I already thanked MetalSucks once in this post? Yes, I have, but I need to thank them again. Another Vince Neilstein post I missed while on vacation sung the praises of a band called Exist, like this:

And I can definitely see why Vince was reminded of Carnal Rapture — there’s a similar combination of gargly gutturals, jazz rhythms, and guitar riffs that sound amazingly like a sax working its magic — but also galloping staccato guitar leads, a prominent bass presence, and some amazing, improv-sounding guitar solos. In addition to the bands that Vince mentioned, parts of this album also remind me of Between the Buried and Me.

All the songs are longer than average, but I’ve picked the shortest of those to share with you. The first half of this song is guitar-driven ambience, but it then accelerates into a hammering assault. Give it a try and see what you think:

The EP download file includes more interesting artwork, besides the cover art, which you can see above and to the right. Here are some other images: 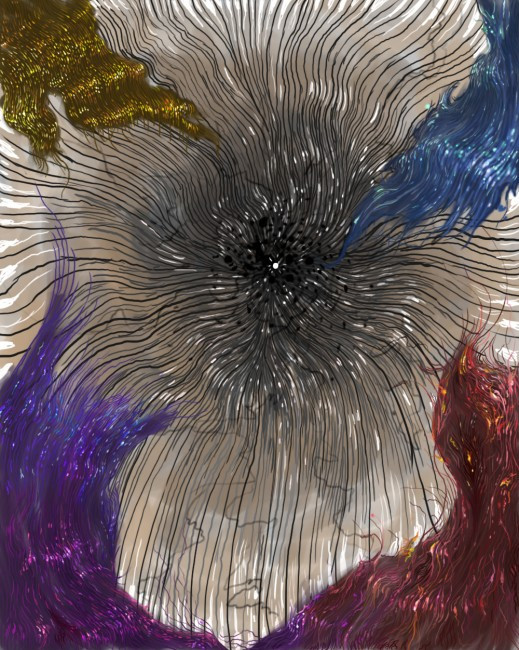 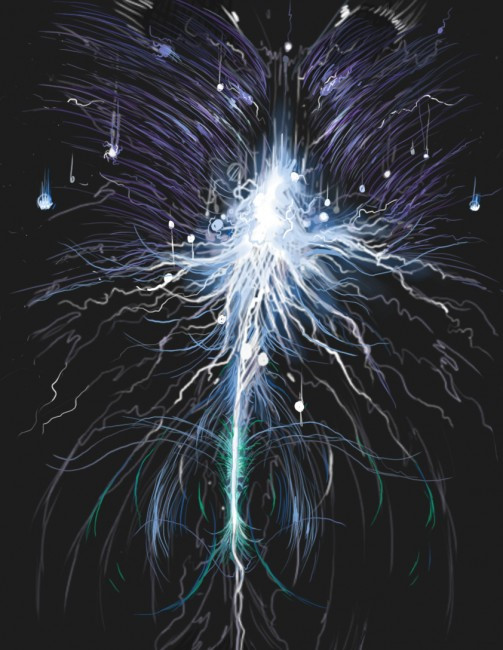 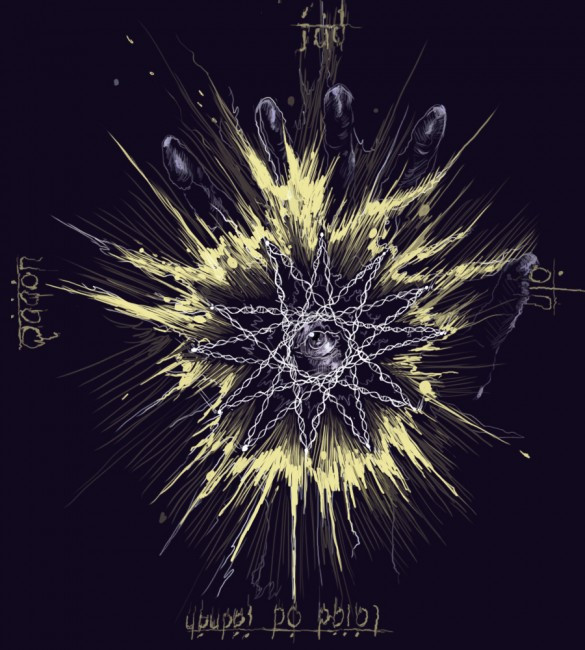 P.S. To all you U.S. residents and ex-pats: HAPPY FUCKING THANKSGIVING! Enjoy your tryptophan coma.