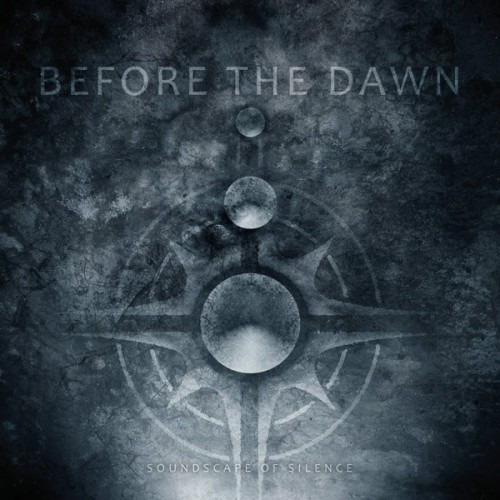 One good turn deserves another, right?

Yesterday, we ran a post about Amorphis — a strong example of why we have a place for exceptions to the “no clean singing” rule. And based on the comments, it’s clear that even regular readers of this cacophonous site also like some clean singing in their metal, if done right, and in the right doses. One of those comments — by our comrade in arms, Niek, from Death Metal Baboon — pointed us to a band called Before the Dawn. Here’s what he said:

Coincidentally I was just considering tipping you on another Finnish, clean-vocalled exception to your rule. I’ve spent a lot of time listening to this band’s (and its sister-bands’) material on YouTube. It’s Before the Dawn, of which mastermind Tuomas Saukkonen also fronts Dawn of Solace and Black Sun Aeon. I’ve ordered albums of the first two this morning. I urge you to check these bands out!

“Impulsiveness” is my middle name (I have many middle names), and so, despite the fact that I was trying to finish reviews of two new albums while continuing to listen to other brand new releases, I dropped everything, downloaded Before the Dawn’s latest release from iTunes, convoyed the tunes over to my iPod, jammed the earbuds in my aural canals, jumped in the car for an hour-long drive I had to make yesterday morning, and started in on that album at the volume I like best — the volume level that makes my eyes weep blood.

By the time I got back home last night following the return trip, I’d listened to that album three times through (and had eye blood all down the front of my shirt). Maybe it was because I’d already had my senses adjusted by Amorphis, maybe it was because I was tearing down the highway while listening, but that album really hit home — so much so that it would just be criminally ungrateful not to say something about it without delay. So, that’s what we’re doing today — another Exception to the Rule. Don’t worry your horned little heads — we’ll be back to no clean singing very soon. But today, we need to tell you about Before the Dawn.  (more after the jump, including some music to hear . . .) 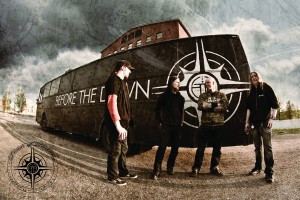 Before the Dawn was started in 1999 by the afore-mentioned Tuomas Saukkonen, initially as a solo project. After a couple of EPs, the by-then fleshed-out band released their debut full-length, My Darkness, in 2003, and a second one (entitled 4:17 a.m.) followed in 2004. After that, Saukkonen replaced all the other band members with a new line-up, which produced a third album, The Ghost, in 2006. Another album, Deadlight, followed in 2007. The fifth, and most recent album, Soundscape of Silence, dropped in October 2008, and it climbed as high as No. 14 on the Finnish album charts. And then, in the spring of this year, the band produced an EP called Decade of Darkness.

Soundscape of Silence is the album I heard repeatedly on that road trip yesterday. I feel the need to gush about the album while the rush of enthusiasm is still fresh, so this isn’t a proper album review, which would take my slow, small brain longer to produce. It’s just a few words of, well, enthusiasm.

On the evidence of Soundscape of Silence, Before the Dawn have that same talent that bands like Amorphis and Opeth also have (in spades) for integrating massive, headbanging riffs with memorable melodies. Most of the songs (such as “Hide Me”, “Fabrication”, and “Saviour”) are loaded with Scandinavian-style melodeath riffs in a mid-paced tempo, and the melodies arc into epic anthems, carried forward with soaring guitar leads. “Monsters” is a stand-out of a different kind. It alternates between soft, melancholy acoustic verses (with clean vocals) and a heavy, chugging chorus (marked by harsh growls). And the last song, called, uh, “Last Song”, is a horse of a different color altogether. It starts with a slow acoustic guitar instrumental and then builds in intensity as the riffing and double-kicks drive forward behind harsh vocal howls. 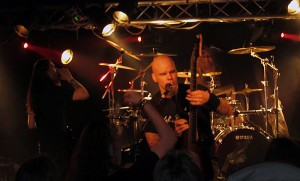 Before the Dawn divides the vocal duties between Tuomas Saukkonen (who also plays lead guitar) and Lars Eikind (the bassist). Eikind provides the clean vocals in a very appealing baritone voice — no cheese here, no breathy whining, just the kind of strong but emotionally powerful sounds we find so compelling in Amorphis. He really does a stunning job on that “Monsters” song.

Saukkonen dishes up the death-metal growls, and he’s just fucking awesome — raw and ragged and just as emotionally powerful with the unclean sound as Eikind is with the clean. They make a powerful duo, particularly when they both sing together in harmony (as on “Hide Me” and “Saviour”).

I’ve really only got one complaint about this album — almost every song ended before I was ready for it to end. The songs have an epic quality (yeah, I know that’s a rank cliche, but I can’t think of a better word), and yet the band doesn’t exploit the full potential of what they’ve constructed with the extra minute or two I wanted. Or maybe I’m just being a greedy bastard. See what you think:

Before the Dawn: Saviour

For more info, visit Before the Dawn’s official site at this location. There’s also a widget on that site’s main page that will allow you to stream samples of all the songs on Soundscape of Silence.

And now here’s an official video for a song from the Deadlight album called “Deadsong”:

7 Responses to “WELL, FUCKIT: ANOTHER EXCEPTION TO THE RULE”