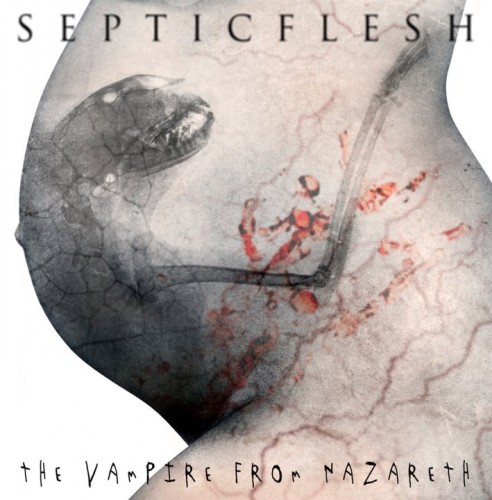 That eye-catching cover up there is for a new digital single that Greek symphonic black metal band Septic Flesh will be releasing on Friday. The single is called “The Vampire From Nazareth”. I wonder who that refers to?

Septic Flesh’s new album, as yet unnamed, will hit the stores on April 18, 2011 (one day later in the U.S.) in various editions. It will include orchestral elements provided by the Filmharmonic Orchestra of Prague, and it was produced by none other than Pain/Hypocrisy mainman Peter Tägtgren (who’s done similar duties for the likes of Amon Amarth, Marduk, Therion, Children of Bodom, Celtic Frost, and Immortal).

The last album from Septic Flesh, 2008’s Communion, was just all kinds of awesome. We’ll be very interested to hear this new single. Don’t worry — we’ll probably remind you again on Friday.

7 Responses to “THIS WILL SELL BIG IN THE RED STATES”