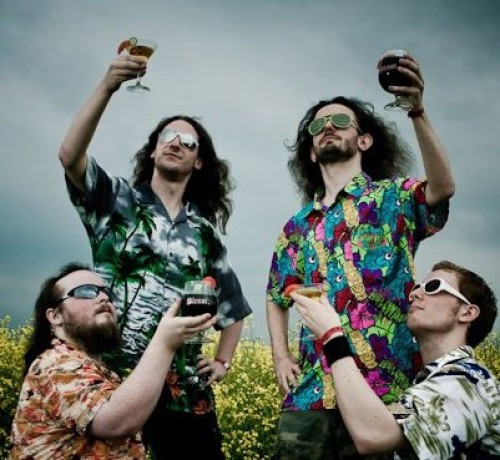 Being in a Scottish pirate metal band like Alestorm must have its ups and downs. On the one hand, you’ll never be considered grymm. On the other hand, if you’re in Alestorm, you get to issue press releases like this one. Can’t imagine seeing something like this from, say, Gorgoroth.

And then there are the projected song titles announced by the band for the forthcoming piratical badassery:

The band also promises “a silly digipak version with a bunch of daft covers as bonus tracks as well, the exact details of which we’ll announce at a later date.”

Don’t know about you, but I liked Alestorm’s latest album, Black Sails At Midnight — at least in small doses. Knowing that the new album will include songs about midgets, Wisconsin, time travel, Viking battles — and terrorsquid — makes me almost breathless in anticipation. How ’bout you? Breathless, right?

Having gone this far, I might as well throw up an Alestorm video.  🙂

I suppose I should apologize to Andy for bumping his opus off the top spot on the site for this.  I just couldn’t resist.

Anyway, if you’re like me and you’ve been waiting for a good metal song about squid, the wait is almost over.