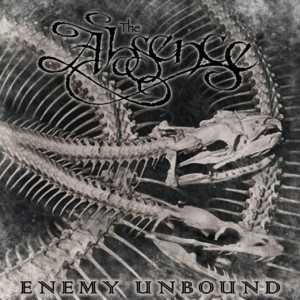 [EDITOR’S NOTE: Here’s Part 3 of our UK contributor Andy Synn‘s retrospective on the year in metal. This one is all the bad news. We have a feeling there will be a few reader disagreements. Don’t hold back on the comments! We want to be entertained!]

First things first, this was honestly the hardest part of the series to put together. Just because these albums are in the “Disappointing” section doesn’t mean that they are bad per se, merely that, for whatever reasons, I found the release to be a disappointment.

Perhaps it was due to previous standards set by the band themselves, perhaps statements from the band promised something they eventually failed to deliver, perhaps it’s something more intangible. In each case I have provided some reason’s for my overall disappointment, which will hopefully go some way towards mollifying the lynch mob I am expecting this section to attract!

Some of my favourite bands made this list, some of whom produced subjectively good albums in their own rights, but with some highly noticeable, and in the end unforgiveable, flaws.

The Absence produced a record of half-killer (really killer), half-filler, which couldn’t live up to the standards set by “Riders…”. The great songs are great, but over half the record is simply filler material and comes across as a poor cousin to the dominating material from their previous album. The vocals of Jaime Stewart are also cause for concern, as although they maintain their traditional power and clarity, the delivery is often simply quite stock and forgettable, lacking the anthemic and memorable lyrics and style demonstrated previously. 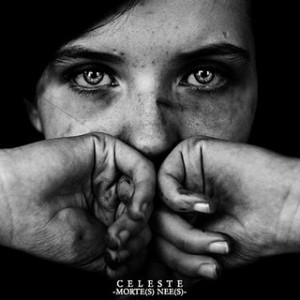 Brilliant French art-black metal band Celeste appear to have toned down the more forthright black metal elements of their sound on “Morte(s) Nee(s)” and unfortunately have for me, produced some lesser songs as a result. The dense and almost overwhelmingly dark production is a massive plus, but the record itself lacks the highlights of either of their previous two records.

“Vultures At Dawn”, The Funeral Pyre’s latest, lacks the energy and drive of “Wounds”, whilst also failing to fully expand upon the promise of their “December EP” which initially foreshadowed this change in direction. I admit I do really like the album, and listen to it quite frequently, but can’t help feel that it’s lost some character and flair.

Similarly, Melechesh’s fifth album is simply a lesser reflection of the genius of “Emissaries” and “Sphynx”. Good in its own right (despite the overall slower tempo) but lacking a certain x-factor. Many of the individual songs are particularly good, but the overall package is lacking in intensity.

Most painful of all are the feelings I have regarding the latest Nevermore album. The band produced “The Obsidian Conspiracy” with the intent of cutting back some of the fat from “This Godless Endeavour” (not that I really saw any, it was a near flawless record) and in the end produced what seems to be a reasonably good album with very few actually memorable songs – barring “Emptiness Unobstructed” and “She Comes In Colours”, the whole record is neither as interesting nor challenging as their previous work. In addition, whilst the man is a phenomenal singer, some of Warrel’s lyrical work comes across as rather hackneyed and cliché on this record. And don’t get me started on the terrible pseudo-gang vocals on “Your Poison Throne”.

God, that hurt to type. 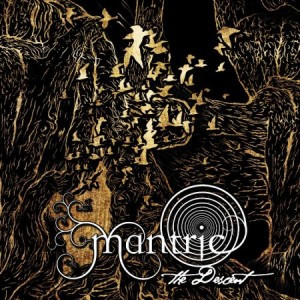 Anyway… overlooked by many, Mantric’s “The Descent” was a decent enough record, but hasn’t pulled me back in or maintained my attention over time. Perhaps I expected too much from these ex-Extol members, but although many of their songs are good, the record as a whole hasn’t displayed much staying power.

Atheist’s new release is a reasonably good cd, but doesn’t quite live-up to their own legacy. Although Kelly Shaefer has claimed that the album is predicated on a purely Atheist-sound, it seems clear that many of today’s more common influences have seeped into their musical stew, not necessarily with positive effects. Hopefully the next one will be another step forwards though!

Whilst Nachtmystium pissed EVERYONE off with “Addicts”, personally I like a lot of the album. It’s just a shame there’s a large percentage of filler in between the good songs. The more “metal” material, whilst still not being traditionalist in approach, continues to work a lot more successfully than their more “indie/experimental” stuff, capturing the mood and bleakness far more effectively, without jarring the listener’s attention and breaking the music’s hold.

Each of Bonded By Blood, Landmine Marathon and After The Burial unfortunately failed to make any positive progress with their latest releases – in certain cases I’d say that they regressed in terms of promise and direction. Bonded By Blood cut back on much of the interesting technicality and non-traditional influences from their debut and merged back into the “Re-Thrash” pack as a result, whilst Landmine Marathon didn’t manage to summon up any of the odd melody of their debut or the energy of “Rusted Eyes Awake”, producing a satisfyingly brutal but oddly forgettable album as a result, which added few new twists to the ostensible hero worship present throughout the album. 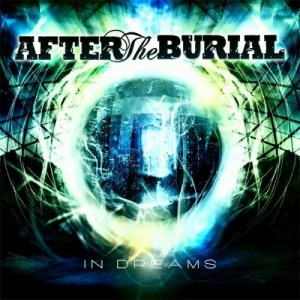 Cripplingly, the latest release from After The Burial was a major disappointment, with few songs not ultimately brought low by the heavy-handed inclusion of forced, disparate elements, where once natural and organic fusion held sway. The interesting riffs and twisting song structures of previous releases have largely been relegated to the background in favour of more straight-forward compositions more heavily reliant on generic chugs and poly-rhythms and an unfortunate plethora of hackneyed clean vocals which fail to offer the progression they are so clearly meant to represent.

The Ocean suffered a surprising dip in form with “Heliocentric”, as although many of the tracks are good, their overall appeal is limited by the weakness of Loic Rossetti’s vocal performance. Thankfully at least the man’s range and power have increased tenfold by the time of the recording of “Anthropocentric”. The flaw of the double-album concept is often that neither album ends up at 100% as a result of split commitments and focus. As the first release of the pair, “Heliocentric” suffers most from this effect, although the last songs of the album go a long way to redeeming the poor middle section and (“Firmament” aside) bland beginning.

Periphery also suffered due to their vocalist’s performance, although to place the blame entirely upon his shoulders is unfair, the record as a whole containing surprisingly few memorable riffs and songs. I, amongst many of you I believe, expected the band’s debut to be an “Alive Or Just Breathing”-style instant classic, leading to a paradigm shift in metal for many. Unfortunately, Spencer Sotelo is no Jesse Leach, whilst the actual “songs” which remain in the head for a long period of time are few and far between. I do however still have high hopes for the future of the band, learning from their mistakes and perhaps shifting their direction in response. 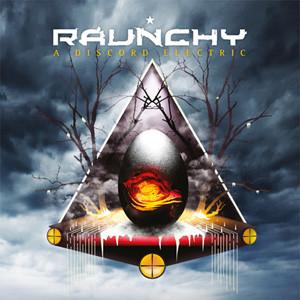 The last two bands on the list produced two of the most disappointing records of the year by far. Danish metal band Raunchy produced what I would legitimately call one of the few “bad” albums on this list, having seemingly forgotten their own magic formula for incorporating 80’s-style pop into their SYL-inspired metal. The new album lacks the energy and verve of their previous material, coming across as a rather callous attempt at further genre cross-pollinisation in a rather forced and unnatural manner. Slickly styled, but utterly lacking in substance.

Not as bad, but still failing to live up to their previous promise, “Threnody” by Woe Of Tyrants (the follow-up to the brilliant “Kingdom Of Might”) was afflicted both by a sterile and dry production, robbing it of the energy of its predecessor, and by the overall dip in song-writing quality. A lack of truly memorable and epic riffs is a serious issue in a band who had previously found a perfect balance between impressive technicality and head-banging riffs and rhythms. Nowhere is this clearer than in the over-reliance on sub-bass bombs to emphasise every other tempo or structure change, something which becomes tiresome very quickly and only serves to pull Woe Of Tyrants back into the chasing pack of bland, faceless tech-death bands.

All That Remains – For We Are Many 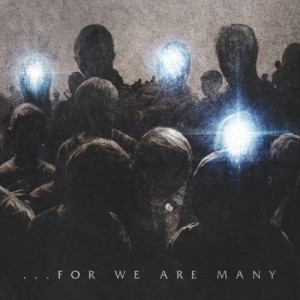 Awful. Just awful. Terribly auto-tuned singing vocals, mixed with utterly trite and vague lyrics designed for as much non-specific mass appeal as possible. Add to this a terrible lack of anything approaching an interesting riff, opting more for generic chugging patterns to define each verse, before the big chords signal the upcoming cloying clean chorus, and you’re left with some of the most formulaic material I’ve ever heard.

Yet in an attempt to escape the banal shadow of utter predictability, the band have incorporated some second-hand influences  from modern metal’s more popular trends, the tired rehashing of breakdowns and pseudo-guttural vocals attempting to win over the deathcore crowd without ever threatening the easily digestible nature of the radio-friendly material that these days makes up most of the band’s sound.

Clearly, the band want to be a massive radio and video-channel success, yet are still desperately trying to cling to their last shreds of respectability. They have a foot in both camps and are clearly satisfying neither properly. For all their high sales and ratings, every single aspect of this album screams out that the band themselves COULD and SHOULD have done better.