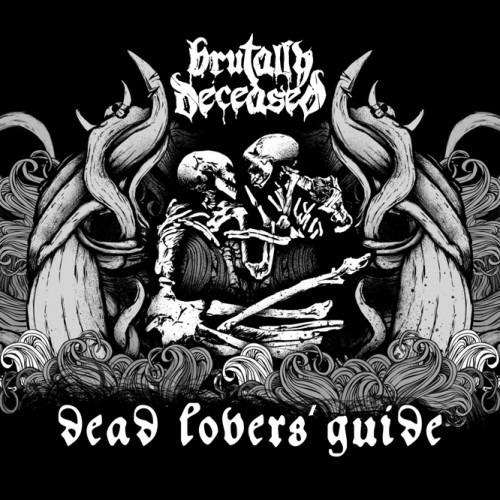 If you’re the sort who experiences an adrenaline surge when you hear the name Dismember, then read on. If all the blood drains from your head when you see the names Entombed or Carnage or Grave or Interment, and surges into the parts of your body (male or female) that swell when in a state of arousal, then read on. If you’re getting creeped out reading this, even though you don’t know what we’re talking about, you have our permission to move on with your usual web-surfing.

What we’re talking about is the kind of Swedish death metal that mimics the internal combustion engine in its most rudimentary state, the kind that sounds like a massive machine that’s never had a tune-up, with holes gouged in the muffler, running hot, rough, and loud, and polluting the ecosystem with massive clouds of petrochemical effluent.

What we’re talking about is a near-perfect tribute to those bands named above, as expertly executed by an outfit from the Czech Republic called Brutally Deceased (named for the song by Grave from 1992’s You’ll Never See…, of course) on their debut album Dead Lover’s Guide. If you’re stifling a yawn and thinking, “not another old-school Swedeath revival act”, then this may not be your thang. But if the drool is starting to drip down your chin, then read on. (more after the jump . . .)

Have to start with the guitars. The main guitar tracks are so downtuned and jagged and overwhelmingly massive that every riff sounds like bombs going off – lots of bombs going off all at once — or giant turbines vibrating to the point of self-destruction. You want chainsaw decimation? Well, reorient your thinking about chainsaws. We’re talking about a chainsaw sound made by something like this: 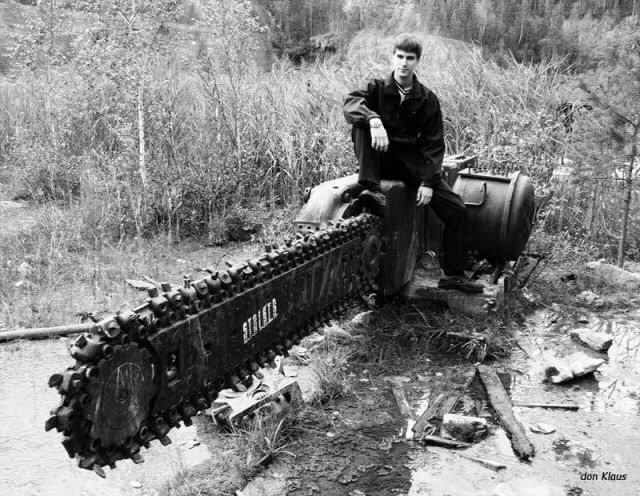 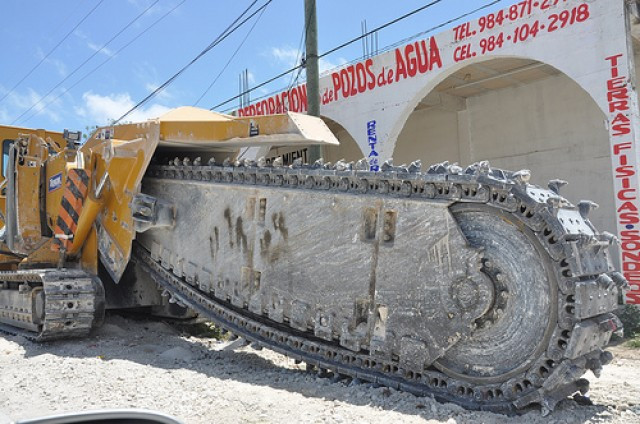 Or better yet, this: 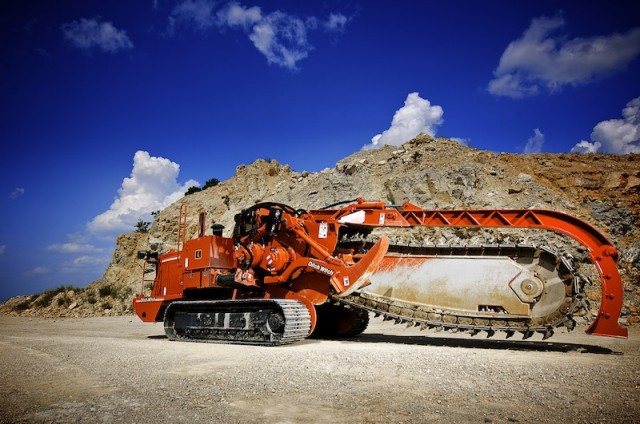 Uh huh. No bullshit. The songs on this album leave a monolithic carbon footprint. You listen, and you can almost feel the global warming process kick up a few degrees.

Layered on top of all the massive rhythm grinding are a few scorching squalls of somewhat higher-tuned guitar solos and lead bars that lead you . . . into headbang nation. 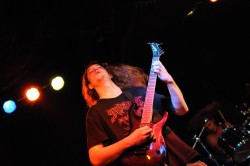 There’s only one ingenious guitarist contributing all this Swedish-style sonic decimation (Tomáš Halama), but he’s got help. You think the guitars are tuned to drop-Z? Listen to Patrik‘s bass — which you an hear usually as a bowel-rumbling thrum, but sometimes (as on “They Shall Feast”) as a more prominent lead riff. The bass parts in music like this are so often treated like a red-haired step-child, but on this album, they’re simply cool.

And the drumming? Štefy (who also plays with Jig-Ai) has a good feel for when to inflict the d-beats, when to fire the blasts, when to kick the rhythms into death ‘n roll or jumped-up punk bounce. He definitely got the right soul for this kind of music, and the drumming sounds natural and un-triggered.

That leaves us with the vocals. If you’re looking for vocal variety in your death metal, you won’t find it on this album. It’s all non-stop sulfurous belching from somewhere deep in the bowels of the earth. But if you want demonic vocals as brutally down-tuned and fuzz-bombed as the guitars, meet your new friend Michal “Žlababa” Štìpánek. 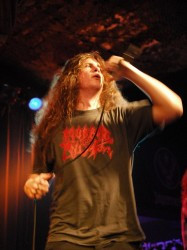 There’s no pretense on Dead Lover’s Guide. It’s an up-front tribute to a particular style of metal (which happens to be quite beloved here at NCS), displayed through some ingeniously constructed songs that generally run rough-shod over your skull at a hot clip, but at just the right moments drop down into sludgy breakdowns or jump sideways into head-snapping rock beats.

Just to show you how up-front these dudes are about what they’re doing, the closing track on the album is a cover of Dismember’s opening track from Like An Ever Flowing Stream — “Override of the Overture”. It’s a pretty faithful rendition, as you would expect, though the vocals are a few notches lower than in the original, it sounds a bit faster (though I haven’t put a metronome to it), and the guitars sound even more atonal and vicious. It’s a fitting close to a fitting tribute.

There’s a shitload of sweet mayhem on this album, but this song will give you a good taste.  If you want more, you can order Dead Lover’s Guide from Lavadome Productions at this location.

For more info about the band, visit them on MySpace here. And if you want to test drive the machine a bit more before taking the plunge, this little widget will let you hear two more songs: