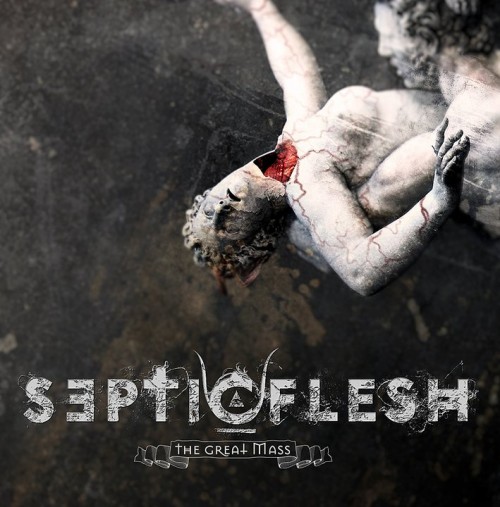 As we’ve reported before (in a post that included a bunch of other art created by Mr. Anton), Septic Flesh has a new album on the way. It will be called The Great Mass, and it will be released on April 18 (one day later in North America, because we North Americans are not worthy). If history is a reliable guide, it will be worth hearing.

Today, the band unveiled part of the album art — the cover for the jewelcase edition, which you can see above. But it’s only “a small fragment” of the whole.  To see Seth Siro Anton’s description of what’s coming — which is a kick to read — follow along after the jump.

From Season of Mist’s Facebook page, we have the following statement from Mr. Anton:

“This is a small fragment of the artwork that will dress the new artistic experiment of SEPTICFLESH, ‘The Great Mass’. It is a small part of an occult machine made from marble and flesh, fantasy and reality, order and chaos. A great machine composed from the blasphemous union of strange figures, creations of Man, the creator of the gods and demons. Their grotesque purpose will be revealed soon, when all the cover editions of the new album will be presented and will be combined together… Let the great self-cannibalistic symposium begin.”

I think this means I’m supposed to eat myself, beginning now. So I have to go and begin thinking about which body part will go into the fry pan first. Don’t worry — I’ll save the hands for last so I can continue typing this blog right up to the bitter end. The brain can go sooner, because I don’t use that for NCS anyway.