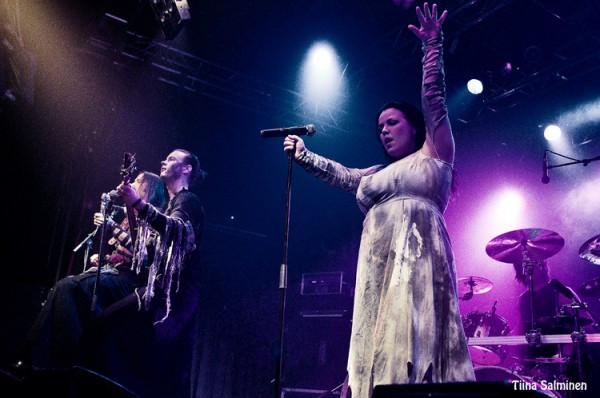 What drew my attention to the news about the next release was the line-up of guests who appear on the album — Tapio Wilska (Survivors Zero), Ville Sorvali (Moonsorrow), Mathias “Vreth” Lillmåns (Finntroll), Mathias Nygård and Olli Vänskä from Turisas, and Trollhorn (Finntroll, Moonsorrow). Pretty attention-grabbing list, huh?  Also, it was mastered by Sweden’s masterful Jens Bogren (Opeth, Spoilwork, Katatonia, Bloodbath, and many others).  (more after the jump . . .) 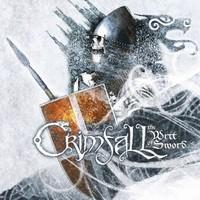 So, all that is stacked on one side of the scales, and on the other side is that mix of contrasting vocal styles. For whatever reason, I’ve had a hard time getting into bands that trade off female cleans with male uncleans. Maybe it’s because the music is usually bad. I prefer more extreme forms of folk-influenced metal.

I will say that despite that fairly strong personal prejudice, I’ve found that the few Crimfall songs I’ve heard do a nice job of triggering the headbang reflex. When they build up a head of steam, they can pull you along for an irresistible romp through the woods and fields.

To illustrate, here’s a just-released track from the new album. The album as a whole appears to explore the imagery of ancient battles fought in the frozen northlands, and, consistent with that theme, this one is called “Frost Upon Their Graves”.

And here’s the professionally filmed performance video I mentioned earlier, featuring a song called “Wildfire Season” from the band’s first album, As the Path Unfolds . . .

For more information about Crimfall, their official site is here. 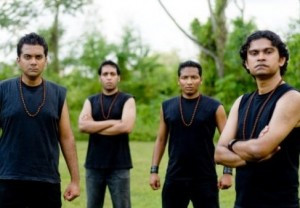 Rudra is a band from Singapore that was formed in 1992 — yes, that would be close to 20 years ago. I wasn’t familiar with their music until I saw the video I’m about to show you, but as I’ve learned, they play a style of blackened death metal that incorporates a form of Indian vocal music that’s rooted in ancient Hindu traditions.

On top of that, the band’s lyrics are typically derived from Vedic Sanskrit literature and philosophy.  On March 3, Sonic Blast Media plans to release Rudra’s final album in a trilogy called Brahmavidya; the new album will be named Brahmavidya – Immortal I. The first two were called Transcendental I (2009) and Primordial I (2006).

I haven’t heard any of the songs from the new album yet, but I have seen a video for a song from the Transcendental I album called “Hymns From the Blazing Chariot”.  This thing was filmed over a two-month period and includes lots of CGI effects — definitely a more ambitious undertaking than what you normally see in a metal video. The song and the video focus on a story from the Bhagavad Gita about the ancient battle of Kurukshetra, and about the impact of a dialogue between the warrior Arjuna and Krishna.

It’s a different form of mythic metal from what Crimfall produces — certainly, the myths are very different. The music is different, too. This is a much more savage form of black-metal influenced death metal. Naturally, I prefer it to the Crimfall tracks, though those have grown on me. Here’s “Hymns From the Blazing Chariot”:

You can learn more about Rudra at their official site (here).  I also thought I’d share the album covers for each installment of The Brahmavidya trilogy, starting with the cover for the forthcoming album and then working backward to Transcendental I and then Primordial I — because the album art is eye-catching: