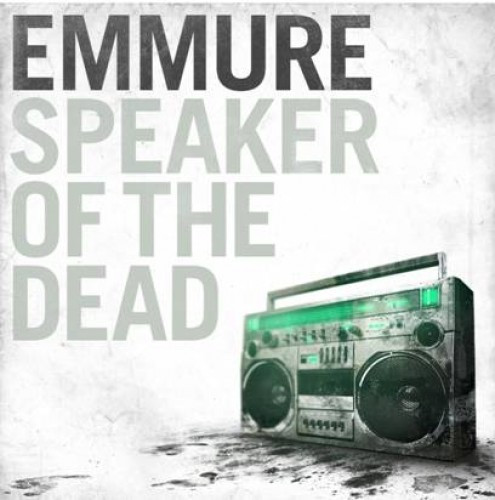 How did Deathcore get to be such a lightening rod for controversy within the extreme metal scene? Seems like all you gotta do to ignite a testosterone-fueled, name-calling slagfest on most metal blogs and message boards is mention the word. In some quarters, shitting on deathcore is like a litmus test of metal purity: If you take a big verbal dump on the genre, that’s evidence of sophistication in your musical taste, and if you express enthusiasm for the music, it proves you’re a retard.

All the controversy seems to have moved some deathcore icons (like Job For A Cowboy, Whitechapel, and Carnifex) further away from core and further into straight death, and other bands who have remained true to the template don’t want to be called deathcore bands, even if that’s really what they still are. Even a lot of deathcore fans seem to feel they have to take part in the branding of some bands as no-talent wastes in order to buff up their cred in praising other, almost indistinguishable, bands as the real deal.

Connecticut/NYC band Emmure may be the lightening rod of all lightening rods within the genre. They’ve got an intensely devoted cadre of fans, but man, they’ve got an equally devoted army of haters out there, too. Here at NCS, we’ve been somewhere in the middle, like crouching down in the open space of the floor right before a wall of death is triggered. The three of us who started this site saw them play Seattle as an opening act on their first national tour, and we liked their debut album. On the other hand, we were unanimous in thinking their last release, Felony, was an embarrassment.

They’re on the verge of releasing a new album on Century Media (due February 15) called Speaker of the Dead, and two singles have surfaced so far, including a video for one of them that debuted just a couple days ago. We’ve got both those songs for you after the jump, along with some thoughts about the music. Plus, we’ve also got a brand new song from the forthcoming album by LA’s Winds of Plague, and a fairly new video from another deathcore lightening rod, Chelsea Grin. If you feel like gettin’ your breakdown on, stay with us. 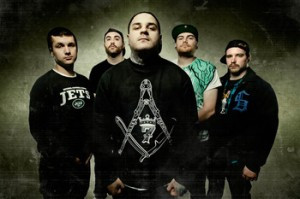 Back on January 18, Century Media released the first song from Speaker for the Dead as an iTunes single. It’s called “Demons With Ryu”. Not long after it debuted, I got an e-mail from sometimes NCS collaborator IntoTheDarkness — who is a diehard deathcore fan — saying this: “Damn. this is a shock! Emmure came out with a new single and they rock once again!! Gone is the lame rap shit and the stupid hardcore vocals. This is straight up deathcore . . . Not only are Emmure back but they are back with a vengeance, sounding better than they ever have.”

I tend to agree with ITD about this song — though the second single that just came out through an official video a couple days ago — “Solar Flare Homicide” — proves that “the stupid hardcore vocals” aren’t completely gone. Plus, the video is a vivid reminder of all the things that make attending a live deathcore show such a trying experience for me — all the flat-brimmed ballcaps, all the karate-kid flying kicks and swinging elbows (why can’t we just have a normal body-slamming mosh pit at deathcore shows?), not to mention the total absence of chicks. Sigh.

Still, I kinda liked the song itself, and these new tracks have revived my interest in Emmure, enough so that I’ll be getting the new album. Here’s the first single, followed by that video for the second one:

You can order Speaker for the Dead here. 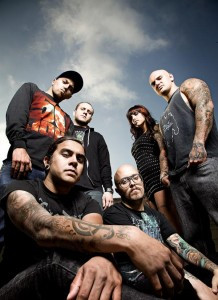 This band have a habit of drawing attention to themselves in ways that don’t have much to do with their music. For example, their revolving-door line-up of female keyboardists who snap nude photos of themselves that then promptly show up on the interwebz (most recently, Alana Potocnik, who jumped ship from Abigail Williams to join Winds), not to mention the band’s drummer Art Cruz doing the same thing. Actually, I guess I just mentioned it. (If you’re interested in this sort of thing, go here for a recap.)

As for the music, we thought there were some things to like about the band’s last album, 2009’s The Great Stone War. It added a few different elements to the mix of metalcore and deathcore tropes, serving up some catchy grooves and symphonic keyboard underpinnings that worked more often than not — plus some crushing breakdowns that incorporated more intra-breakdown tempo variety than is typical.

The band now have a new album due for release by Century Media on April 19 called Against the World. It will feature guest appearances by Jamey Jasta of Hatebreed, Drew York from Stray From the Path, Terror guitarist Martin Stewart, and vocalist Mattie Montgomery from For Today. A couple days ago, Century Media made available a new song from the album called “Refined In the Fire”, which you can stream below. It features tough-guy gang shouts, Dimmu-esque keyboards, infectious riffs — and no breakdowns. “I fear no evil – evil fuckin’ fears me!”

As we speak, Winds of Plague is starting a U.S. tour as a run-up to the album release, along with As I Lay Dying and After the Burial. It will run through March 18, and you can see the complete list of dates and places here. Sadly, no stops in the Pacific Northwest. 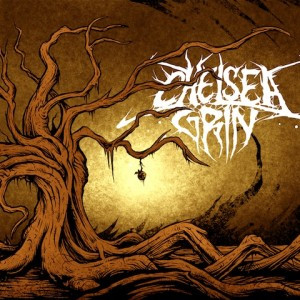 Salt Lake’s Chelsea Grin aren’t going to win any awards for novelty or for technical flash. Their stock in trade are the ingredients that dozens of other bands use, but . . . uh . . . more so: a mix of throat-bursting shrieks and bubbling-gut gutturals that Suicide Silence popularized; simple, palm-muted riffs that hit like big chunks of concrete dropping from a building under demolition; and breakdowns that punch deep holes in the floor. If you want deathcore in all its rudimentary, feral glory, Chelsea Grin will do the job.

Their debut album appeared last year on Artery Recordings and it’s called Desolation of Eden.  A few weeks back, Metal Injection premiered an official video for a song from the album called “Recreant”. IntoTheDarkness e-mailed me a recommendation to watch the video and he called the end of the video “ungodly amounts of awesome”. Before watching, I wasn’t sure if he was talking about the end of the song or the end of the vid, but in the end I decided it was probably both.

At first, I thought the video was going to be another misogynistic bit of tripe that’s characteristic of too many deathcore lyrics and vids, but the end of the video brought a nice surprise, and the end of the song is a super-slow, crushtastic breakdown.

By the way, I recommend you press pause and let this thing fully cache, because otherwise it will annoyingly stop and start on you (or at least it did when I played it).

That’s all we’ve got for your Sunday. Feel free to share your thoughts about the music, or deathcore in general, in the comments.