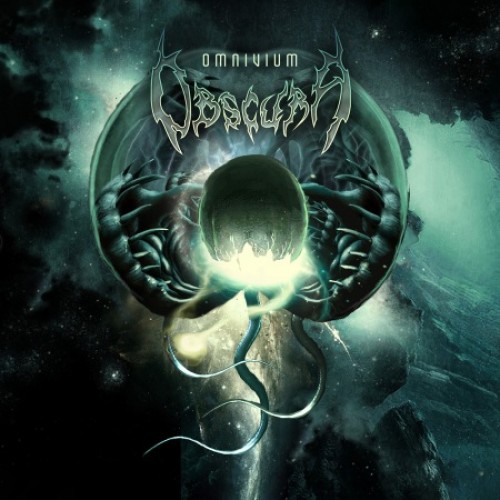 This will be quick, because I hadn’t planned on any posts today besides the earlier THAT’S METAL! nonsense, but what I’ve found this morning is just too much awesomeness not to share with you: brand new songs from Obscura, Gorguts, and Between the Buried and Me.

This band have a new album called Omnivium due for a March 29 North American release on Relapse Records.  In mid-January, we featured the first song from the album, called “Septuagint”. Now, the band have released a second song, called “Vortex Omnivium”, which you can stream after the jump. As you listen, you can also gaze upon the wonderful album art above, executed by Orion Landau (who has also created art for the likes of Origin, Dying Fetus, and Disfear).

For purposes of this post, it’s also fitting to note that the band took their name from a 1998 Gorguts album called Obscura. Listen to the new song right after the jump.

So, what’d you think of that? It fuckin’ shot the top of my head right off into space. 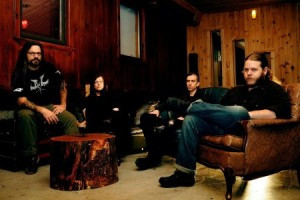 Most people we know who talk about this Canadian tech-death outfit utter their name in tones of abject reverence. They’ve been hugely influential — and they’ve not delivered a new album since 2001 (From Wisdom To Hate). The only constant member of the band has been guitarist/vocalist Luc Lemay.

Lemay recently reported that the new Gorguts finished all the song-writing for a new nine-song album in January, and that it will include an instrumental piece for string orchestra. In his words, “[It] is going to be over one hour long. It’s still very brutal but darkly, ambient and progressive as well. The album main concept is going to be a musical journey that will talk about the wonders of Tibet as well as the dramatic fate they’ve been going through for over 50 years now.”

Lemay further reported that because the band is still in discussions with an unidentified label, they can’t yet provide a specific release date, but are shooting for this summer.

And now the music: Lemay has made available a new song (without a title) taken from a pre-production session recorded by Colin Marston at a studio in Queens. Check it out (it’s fucking stupendous):

BETWEEN THE BURIED AND ME 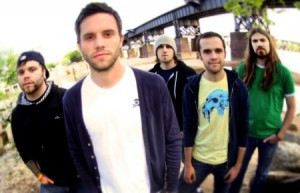 This super-talented North Carolina-based band will release their new album, The Parallax: Hypersleep Dialogues, on April 12 via Metal Blade Records. We now know that it will consist of three-songs, totaling 30-minutes of music. Here’s what guitarist Paul Waggoner recently had to say about the new album:

The Parallax: Hypersleep Dialogues will introduce two human characters who live in different planes of existence, separated by millions of light years. We find that each is confronted with similar personal issues that they need to reckon with. Both characters make decisions that will change their lives, and perhaps the course of the universe, forever. Musically, it sounds like BETWEEN THE BURIED AND ME. The record has elements of aggression, beauty, quirkiness, and pure cacophony. For ‘Part 1’, we establish several themes which I’m sure will be revisited in the lengthier ‘Part 2’, which is something we really look forward to. We love to expand on simple ideas and see where they take us.

Now for the music. The band have just released a six-and-a-half minute portion of one of those three long songs, “Specular Reflection”, via AltPress. Because we’re jealous of your attention, we’re going to put it right here for you to stream (and allow me to say, holy fuck, is it good!):

That’s all for today . . . unless of course we see something else that’s so awesome we have to share it with you, without delay.

15 Responses to “TECH YOURSELF TO DEATH: NEW MUSIC FROM OBSCURA, GORGUTS, AND BTBAM”