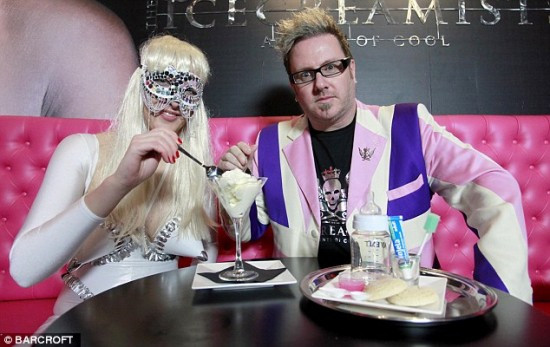 Here we go again: a round-up of news items and other stuff that made us think, “That’s metal!”, even though it’s not music.  As usual, we’re adding our own tasteless commentary at no additional charge — and given the nature of the first two items today, our commentary is even more tasteless than usual. Let’s get right to it:

I don’t know about you, but I was bottle-fed as a baby, or so I’m told. Since those long-ago days, breast-feeding has made a resurgence. So have breast pumps for new mothers who work and want to store up bottles of the white stuff for their babies when they’re not around.

It was only a matter of time before some creative entrepreneur realized the possibilities of bottled breast milk — and the time has arrived. If only I lived in London, I could finally get the breast milk that was denied me as a baby. The wait might even have been worth it, because now you can get it in an ice cream cocktail with whiskey.  (more after the jump . . .)

Here’s the eye-catching headline for our first story:

LONDON (Reuters) – A specialist ice cream parlor plans to serve up breast milk ice cream and says people should think of it as an organic, free-range treat.

The breast milk concoction, called the “Baby Gaga,” will be available from Friday at the Icecreamists restaurant in London’s Covent Garden.

Pretty fucking metal. But this would be more of a treat if you could get the milk straight from the original container, don’t you agree? “Baby Gaga” isn’t a bad name either. They probably couldn’t have used “Tits and Cream” or “D-Cup Delight”. 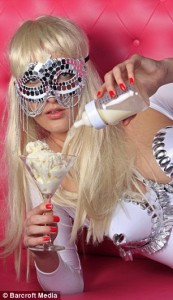 This shop doesn’t just scoop out the breast milk ice cream and hand it over the counter with a cookie either. They’ve paid attention to the presentation:

A costumed Baby Gaga waitress serves the ice cream in a martini glass filled with the breast milk ice cream mix. Liquid nitrogen is then poured into the glass through a syringe and it is served with a rusk. It can be served with whisky or another cocktail on request.

Sounds awesome. But what the fuck is a rusk? According to The Font of All Human Knowledge, “A rusk is a hard, dry biscuit or a twice-baked bread (zwieback, biscotte). It is sometimes used as a baby teething food.” OK, now that makes perfect sense. Though you might be forgiven in this shop for wanting to gnaw on something else.

Now for the obvious questions: where’d they get the milk? And is it possible to take a factory tour?

The breast milk was provided by mothers who answered an advertisement on online mothers’ forum Mumsnet. Victoria Hiley, 35, from London was one of 15 women who donated milk to the restaurant after seeing the advert.

“What could be more natural than fresh, free-range mother’s milk in an ice cream? And for me it’s a recession beater too — what’s the harm in using my assets for a bit of extra cash,” Hiley said in a statement. 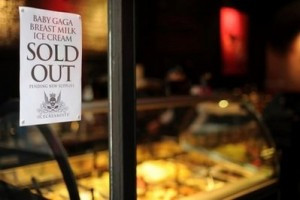 Nothing wrong with that at all, particularly since the story says the shop is paying mothers £15 for every ten ounces extracted using breast pumps. But let’s think about that “free range” label.

It’s well known that free-range mother’s milk is much better than the milk that comes from women in cages. But it’s tough to find a nursing mother who only eats grass that hasn’t been treated with pesticides. Horns up to this shop for going that extra mile!

I’ve been around some mean drunks in my time, but this next dude takes the grand prize.

DURANGO, Colo., Feb. 24 (UPI) — Police in Colorado said a man arrested on suspicion of drunken driving put feces in his mouth and spit them at an officer.

Shit! (don’t know why, but that’s the first word that popped into my head when I saw this) No one likes to get stopped by police, but this seems like exceptionally rude behavior, doesn’t it? More details: 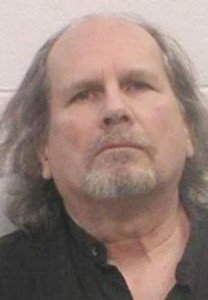 The Durango Police Department said Paul Kausalik, 61, of Durango, was pulled over for failing to use his turn signal Feb. 11 and the officer detected the scent of alcohol on his breath, The Durango Herald reported Thursday.

Shit! This dude was fuckin blasted — but apparently not so blasted that he failed to appreciate the irony of ending up with a serious DUI because he failed to use his fuckin turn signal.  Now for the good part:

Kausalik was taken to the police station for a formal blood test and asked to use the bathroom, police said. Officer Chad Langley said he could tell Kausalik had something in his mouth when he emerged from the bathroom.

“As I observed what he had in his mouth, I took a step back and began turning my head as he violently spit the contents of his mouth toward my face,” Langley wrote in his report. “I felt the matter strike the left side of my face and head.”

Shit! That’s fuckin brutal — both for the spitter and for the spittee.  Surely there was a better way for old shit-mouthed Kausalik to express his displeasure over being arrested for DUI. Name-calling or rude gestures probably would have been sufficient. Now, for the rest of his putrid existence, Kausalik will have to endure wise-asses telling him, “Dude! You need to floss more, because your breath smells like shit!”

By the way, the news item reports that Kausalik is now facing charges of felony assault, driving under the influence and criminal mischief. And on top of all that, he’s got to figure out how to get the taste of feces out of his mouth. Shit!

On a lighter, less shitty note, this final item is a video sent our way by a friend. It’s a little bit of a cheat on this series of posts because it does include music. It should appeal to any metalheads who were ever Lego nerds (or still are).

It was created by an outfit called Paganomation for the LEGO Club Show in early 2010. The soundtrack to this little bit of awesomeness was composed by a dude named Jason Mass. Enjoy the rest of your fucking day.

P.S. Credit where credit is due: I stole a couple of lines about the breast milk thing from comments at an online report of the story in the UK. Just too good not to use.