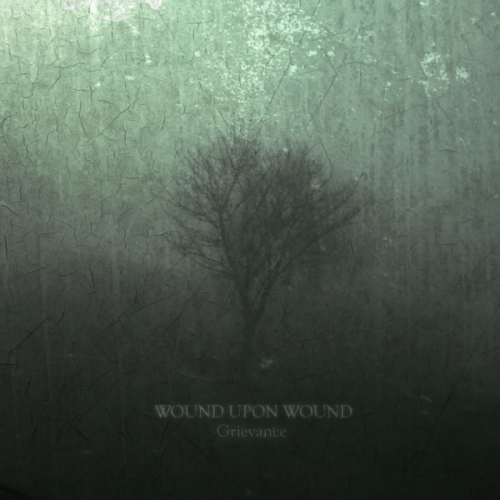 Black metal in Ireland seems to be alive and well and exploding with talent. I have a feeling that metalheads outside of Ireland will be hearing more and more about that scene. Here in the Emerald City, where the weather is now probably even more dank and dreary than in the Emerald Isle, we know the names Primordial and Altar of Plagues, but we have now heard the music of two Irish black metal bands in as many weeks — Eternal Helcaraxe (which we wrote about here) and now Wound Upon Wound — that have truly knocked us down.

Listening to the five-song, 2010 EP (Grievance) by Dublin’s Wound Upon Wound is like witnessing a musical odyssey. Whether what we hear is evidence of the band’s song-writing progression over time in a particular musical direction or simply canny track organization, moving from the first song to the last is a fascinating and immersive experience – like being slowly pulled into an increasingly dark and somber dream.

It is also a genuinely impressive experience, because the band play with great confidence and a remarkably mature understanding of song structure and the ways in which music can elicit a range of emotional responses. This is a taste of potentially wonderful things to come, and we won’t have to wait long for confirmation, because Wound Upon Wound have a debut album on the way.  (more after the jump, including a track to hear . . .) 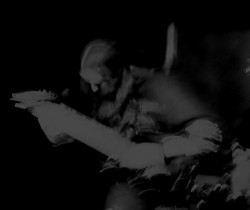 I was immediately hooked by the EP’s first track, “Burial”, which brought Behemoth to mind. It’s a hard-charging blast of malevolence, with thundering drums, flamethrower guitars, and mid-range, bestial vocals. It was immediate evidence that the band opted for a clear, vivid production rather than old-school, tenor-heavy, wall-of-sound muddiness. It was also immediate evidence that Wound Upon Wound have a knack for creating infectious riffs and riveting variety in the drum rhythms.

But the style of the music began to change on the next track, and that progression continued through to the end. On “Grievance” (the EP’s shortest song), the band bring the pacing down a notch, although intermittent segments of blast-beating and tremolo picking maintain intensity.

The comes “Decadence”, where the introductory chords are reminiscent of the melody in “Grievance”, but the pacing has slowed even more. The morbid (though memorable) melody, combined with the lumbering pace and groaning chords carry the first half of the song — and then there’s a sharp break in the drum rhythms that form a bridge to a more furious instrumental attack in the mid-section, before the song returns to the funereal procession with which it began. 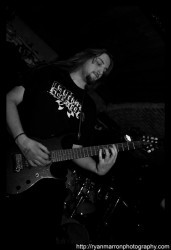 The crawl down into the abyss continues on “Last Breath”. While maintaining the stately pacing of “Decadence”, the song is filled with more attention-grabbing drum patterns and vibrating guitars. Again, the song changes in the mid-section — this time filling the interlude with a ringing melodic guitar lead arcing over heavy, ominous rhythmic riffs.

By the time the final (and longest) song, “Reflection”, ends, the band have moved far from Behemoth’s stomping grounds and near the territory of iconic Pacific Northwest bands like Wolves in the Throne Room and even Agalloch. The slow pacing continues, marked by prominent bass thrumming and intense melodies delivered through a variety of guitar tones. And yet again, the mid-section of the song delivers a change. An almost martial snare pattern on the drums announces it, with a busier drum rhythm and a variation in the initial melody to follow. But that big, thrumming bass line returns, and the pace staggers down again into the land of near-funereal doom metal. It’s a bruising, inexorable ride to the end, like an ancient war machine rumbling forward over the rotting bones of vanquished enemies.

I guess it’s obvious by now, but I really liked this EP, and my liking has increased the more I’ve heard it. The fact that it’s an initial offering of music from a fairly new band makes the music even more impressive. 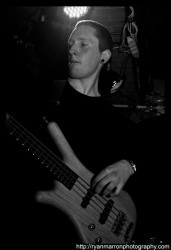 Even though it’s not as accomplished or interesting as “Reflection”, I picked “Burial” as the song for you to hear, but with the warning that you can’t take it as a representation of the rest of the EP (for reasons I hope this review made clear). I just think the song fucking rocks. So there.

A few more data points about the band: They started in 2008 as a two-piece operation, but filled out to a band capable of gigging, which they began doing late in 2009. The Grievance EP was recorded in early 2010 and released last May on the Irish label Underground Movement. It attracted some very favorable comments from Metalireland.com as well as Terrorizer Magazine and Zero Tolerance magazine.

Since the EP’s release, there has been a change of vocalists, and the revised line-up is now completing the writing process for their debut full length, with plans to record and release it by mid-summer. For more info about the band and more songs to hear, their MySpace page is at this location and their ReverbNation page is here.

The CD version of Grievance van be ordered here. 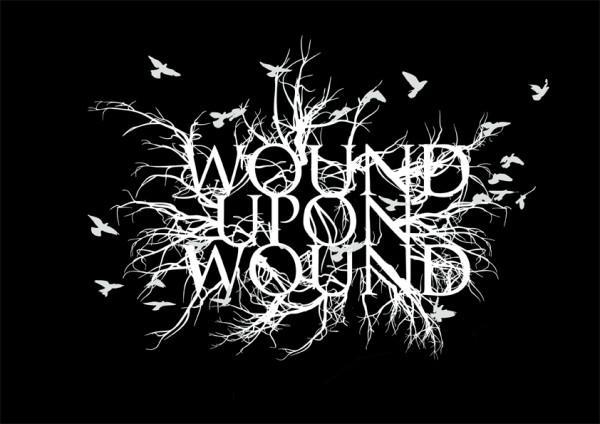 4 Responses to “WOUND UPON WOUND”