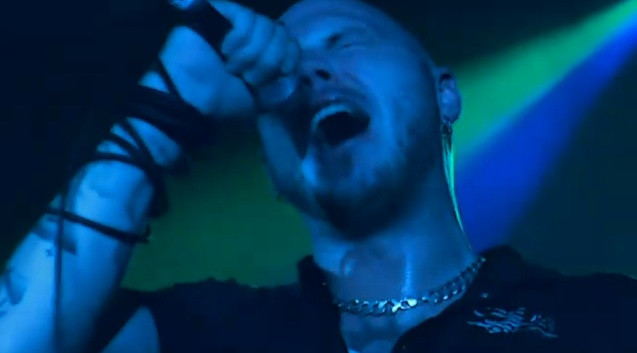 Do you remember that not long ago we compiled an NCS list of THE MOST INFECTIOUS EXTREME METAL SONGS OF 2010? Well, some of you do. Others are newcomers and still others have recently destroyed the brain cells that were responsible for remembering that list.

On that list, we included a Soilwork song, “Epitome”, from their Panic Broadcast album. I really wrestled with that one, because I thought there were three songs on the album that were viable candidates. The first time I thought about it, my choice was “Let This River Flow”. And then I changed my mind, partly because many of you let it be known, through comments and otherwise, how much you liked “Epitome”.

“Epitome” is a very infectious song, and a good song, too. But I’ve still got a soft spot in my heart, or in some other organ that functions when I feel heartless, for “Let This River Flow”. So, imagine my excitement in seeing, just minutes ago, that Soilwork has released an official video for that song. I so excite that I gotta put it up here on our web site — especially because it’s my favorite kind of metal video. (go watch it after the jump . . .)

To be more specific, it’s the album track synced to professionally shot, multi-angle footage of the band playing the song live, with a few video effects added to spice it up. Goddamn, but I do love this song.

12 Responses to “NEW SOILWORK VIDEO; SHOULD HAVE GONE WITH MY FIRST IMPULSE”