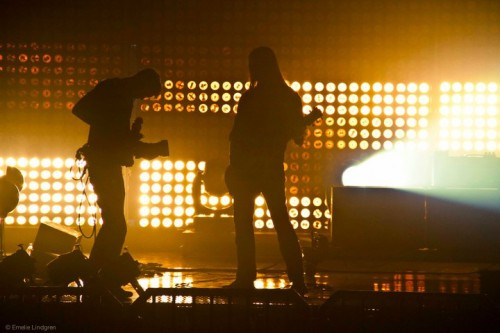 We’ve got a couple of quick updates for you about bands we like (used to like?), one of which we’ve been writing about recently — The Haunted and Ulver. The cause for the updates? Both bands have recently made brand new songs available for streaming; in The Haunted’s case, it’s the third song to be released from their forthcoming album.

Previously, we’ve featured the first two songs from The Haunted’s new album, due for release next month: “No Ghost” and, as recently as yesterday, “Disappear”. Today, the band put up the new album’s title track, “Unseen”, for streaming on their Facebook page.

The good news is that if you like Chevelle-style hard rock with metal riffs and clean singing, you will like the new song. It’s probably better than whatever is topping the hard rock charts these days, but honestly, I wouldn’t know because I don’t get near that kind of music any more.  The bad news? (more after the jump, including Ulver’s new track . . .)

The bad news is that if you don’t get near that kind of music any more, and your preferred diet is on the extreme end of the metal smorgasbord, this will be yet another disappointment — and yet another worrisome sign that The Haunted’s new album will be unappealing from start to finish.

To listen to “Unseen”, follow this link (I don’t have a way to embed it here). 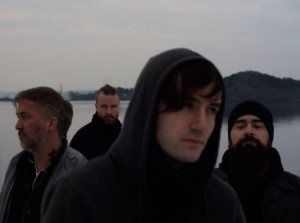 Norway’s Ulver is a band whose music I’d been meaning to explore for some time, and I got a real education about them through comments I received on this post about a track from Alghazanth’s new album.  Those comments pushed me to go get Ulver’s first three albums (which the band itself refers to as a “trilogy”) and dive in.

Those albums reveal striking diversity, from the folk-influenced black metal of Bergtatt, to the wholly acoustic Kveldssanger, to the seething, scalding, oddly produced black metal of Nattens madrigal. I really liked all three of them; in my mind they’re hard to compare or rank because they suit very different moods.

Four more albums followed those first three, and though I haven’t heard them, I understand the band moved entirely away from black metal and into the realms of prog, industrial, and minimalist ambience, before then shifting toward more dramatic and symphonic music.

Recently, the band put up a song from their next album for streaming on Soundcloud, recently renamed War of the Roses. The song is called “February MMX”.

Ulver have not miraculously done a 180 back to black metal, but students of the band know those days are gone forever. This song is another one that features nothing but clean singing.  If I had to slap a genre label on it, I guess it would be prog rock, but it’s marginally more interesting to me than The Haunted’s new track, though it lacks hard-driving riffs. You can check it out here:

(splashing cold water on my face)

For everyone out there who thinks I’ve taken leave of my senses by posting about these two songs, well, I fuckin plead guilty.  I got down to the end of this post and I got back in my right mind and I came close to just trashing the whole thing. But, I’d already written the fucker, so I decided I would just put the motherfucking thing up on our site, thinking there might be one or two readers who actually like this kind of music, and maybe it would generate some comments.

So, comment away. I’m gonna go cleanse my pallet with some music from an Irish black-metal band you’ll be hearing about at NCS tomorrow.

23 Responses to “UPDATES: THE HAUNTED AND ULVER”