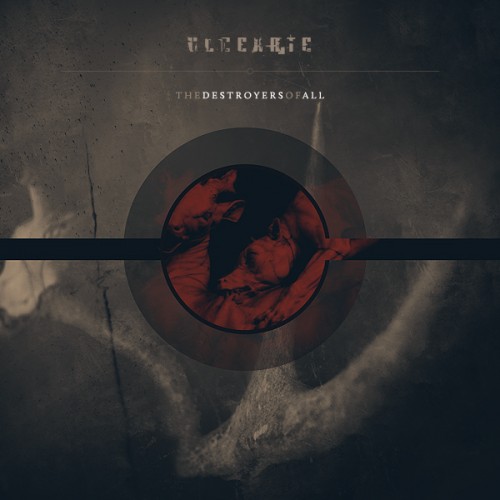 Give it up for New Zealand’s Ulcerate for knowing how to throw a curveball at me. The band is signed to Willowtip, my go-to label for death metal that has as much Dillinger Escape Plan in the mix as Cannibal Corpse. When I see Willowtip on a CD, I expect winding technical and chaotic riffage (on bass and drums, as well as guitars) to force my skull into a state of rapid decompression. In effect, I fully expect their records to be all experience and no songwriting—in this case the experience of being “that guy” in Scanners.

The Destroyers of All does nothing of the sort. Instead, it bakes its listener to death—a fitting follow-up to their last album, Everything is Fire. The album is in every possible way comparable to a desert, so much so that I want Ulcerate to do the soundtrack to the next stupid adaptation of Dune—this is the sound of wandering sand-worms. The song structures are vast and majestic, and make good use of so-called negative space. The last record burned the earth; this record sifts through the cinders at a leisurely (torturous) pace.

As has been pretty openly stated over at Invisible Oranges, this is a death metal record made by people who like “-post,” metal. That is to say, it has songs with long and irregular structures without refrains or choruses, and a general sense of minimalism.

Full disclosure: I am a filthy, filthy whore for this sort of thing. Neurosis and Isis make me shiver with anticipation when the proper mood strikes. I even like long-form repetitive black metal (Dear Wolves in the Throne Room, play Ohio, you bastards!). Coincidentally, I feel the same way about films with long, majestic shots of deserts. Yes, I am that asshole, and this album seems tailor-made to suit my taste.  (more after the jump, including a track to stream . . .) 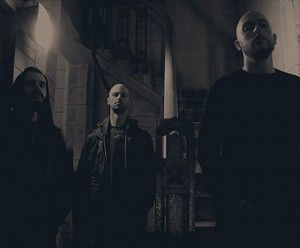 That isn’t to say that anything “-post” will slob my knob. I’ll be the first to admit the style has far more misfires than headshots and at least as many talentless imitators as deathcore—but it does hit me critically when it’s well done.

The Destroyers of All is not all post and no punch—not by a long shot. Its greatest strengths harken back to the finer points of the US death metal scene circa early 90’s. The riffage (unmemorable and obtuse here, seemingly by design) recalls the atmosphere, mood and general “sick” feeling that Morbid Angel pioneered.

The sense of melody, however, is more in line with Incantation and Immolation: The emphasis is on dissonant melody and counterpoint. Some might call that wanky, but I call it symphonic, and there you go — that’s why they’re on Willowtip.

The drumming—hello Suffocation—is incredibly technical, and may be the best point in the album’s favor. Formulaic deathcore drumming, meet your nemesis. The cymbal-work here in particular is excellent, displaying a nuanced and wonderful sense of range. The record uses ghost hits, compositionally, the way intense drum and bass does. Surprisingly, the tempo is not constantly slow and doomy—there are several blast beats and quick thrash bits, although they seldom line up with the speedy guitar bits.

The overall effect of this blend of old and new is, especially for death metal, quite subtle. It’s an inspired idea: generic death metal records have repetitive songs that all bleed into one another anyway, The Destroyers of All achieves the same effect, except on purpose. The process is flipped, and the blending becomes part of the dread instead of part of the boring. My inability to find my place in time became an inability to locate myself in the huge space of the record.

There are no individual tracks I can truly speak about; each is so obtuse and so fitted to the others that I can’t imagine listening to any of them out of the album context (this is the big strength of “-post”). The album is so hot, so suffocating and creepy, that it took three listens to get through the whole thing, and I took a sandwich break on that final listen.

Suffice to say, The Destroyers of All is a strong release with a good sense of momentum and groove. This record is a unique result of a series of other people’s ideas well-executed. At its best, the album is moody, atmospheric, vicious, and certainly worth a listen or two.

The next time I have a long car or bus ride through, say, Nevada, I know what’s coming up on my iPod.

EDITOR’S NOTE: While being mindful about BadWolf’s injunction against listening to individual songs outside the context of this album as a whole, we can’t resist the impulse to play this one for you.

11 Responses to “ULCERATE: THE DESTROYERS OF ALL”