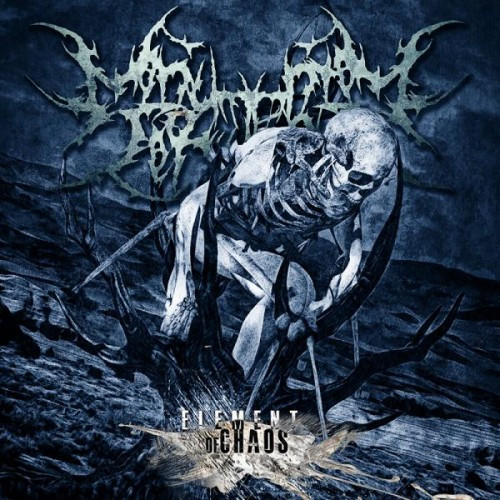 Yeah, I did one of these MISCELLANY posts just two days ago, but I’m doing another one now anyway. See, I’ve been getting e-mails from one of the original co-founders of this site, IntoTheDarkness. He doesn’t write for NCS any more despite my nagging, but he does send me e-mails periodically with new music to check out. He seems to hit times in his life when he just consumes massive amounts of new metal for what must be hours, if not days, and then I hear about it.

So, this post is a variation on the usual MISCELLANY, because none of these bands came off the “official” NCS list of new music to check out (that would be the list I keep on scraps of paper, post-it notes, and crayon-scrawlings on the wall). Instead, I’ve pulled bands off the rush of e-mails ITD sent me over the last week. Still, they’re two bands I’ve never heard before, so they do fit that part of the MISCELLANY rules.

And to cap off this post, I’m adding music from two more bands I’d not heard before that were recently sent my way by NCS readers. So, yes, it’s a lot of music, some of it pretty wild, but I think you’ll find it worth exploring.

After the jump, my brain-scrambling experience with songs from Monumental Torment (Russia/Arizona), Kakuna vs Metapod (Australia), Blut Aus Nord (France), and Walking With Strangers (Sweden). 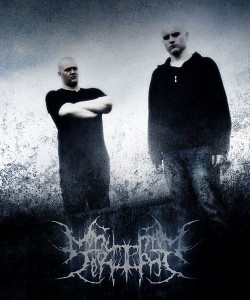 Monumental Torment was started in November 2009 in the city of Tver, Russia by Artem Gultaev (guitars/drum programming) and Ioann Komkov (bass/samples). In December of that year, they found a vocalist from Phoenix, Arizona, of all places, named Lloyd Moore Jr, and soon after recorded an EP that was self-released under the named Oppression Submission. Modern technology makes these kinds of global collaborations possible — as long as you don’t plan on gigging.

In mid-2010, they signed with SFC Records, and last month SFC released the band’s debut album, Element of Chaos, which features the tasty cover art at the top of this post.

ITD’s e-mail to me about this band was succinct: “HOLY FUCK BALLS. Talk about tech death.”

Usually, he doesn’t bother with capitalization or punctuation when he e-mails me, so I knew this was serious. So I procured Element of Chaos and listened to the first two tracks, “Nameless One” and “Slaughter House” — and they kicked my ass right up between my shoulder blades. I now have two heads, one even uglier than the other. I’m hoping that gravity pulls the new head down in an assward direction before it begins to speak.

Where was I? Oh yeah, the ass-kicking music. It’s the kind of thing that slowly makes your jaw sag downward in wonder at the sheer speed, dexterity, and inventiveness of the guitarist. The drums are programmed to spit beats at an inhumanly fast pace, but they have a hard time keeping up with Artem Gultaev. Komkov is no slouch on the bass either. Are we listening to a future jazzed-up Necrophagist in the making? Could be.

Here’s the second song I heard. It’s fucking crazy. Wait for the guitar and the bass to start running together near the end. My advice is to stabilize your ass with both hands before playing it, unless of course your existing head is really nasty looking.

Monumental Torment’s new CD and other merch can be ordered from SFC Records here. For more data about the band and more music, check their Facebook and MySpace pages. 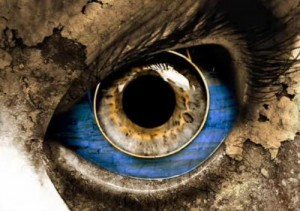 As far as I can tell, this next ITD recommendation started as some kind of one-off project by two dudes from Melbourne, Australia named Roy Browne (drums) and Chad Haynes (guitar/bass/synth/vox) —  with additional vocals supplied by Mitch Cooper on the song I heard. So far (and so far as I know), they’ve made only that one song available to the unsuspecting public — but from snooping around, it appears that Roy and Chad are now working on an album. Positive fan response can cause all sorts of changes in plan.

The song I heard is called “Slurry Dogs”. Here’s the e-mail I got from IntoTheDarkness, referring to a YouTube clip of the song: “holy shit. go watch the youtube video [here]. It’s the one and only song from kakuna vs metapod and it’s insane. If you thought deathcore couldn’t be groundbreaking and technical and original think again…WATCH THIS”

Y’know, when he uses the fucking capital letters, I feel like clicking my heels and saluting. So I listened. Holy shit indeed. This song is also crazy. It’s got mean-as-fuck drumming, automatic-weapon-style riffing, electronica, little bursts of catchy melody, about four different vocal styles, blasts of sonic mayhem — and bass drops. I thought it all worked, but then again I often feel like a slurry dog.

There’s not much info to be had on KvM’s MySpace page, but here’s the link. There’s also a fan page on Facebook that KvM seems to approve (here). Those would seem to be the best places to find out about whatever KvM does next. 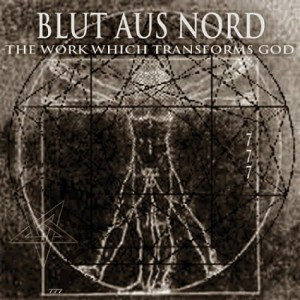 As I’ve said before, I’m a relative latecomer to black metal. The music has grown on me over the last couple of years to the point that I’m well and truly hooked. But I’m still continuing my education, and that means there are iconic black metal bands whose music I still haven’t caught up with. Blut Aus Nord is one of those bands.

In our most recent NCS list of forthcoming albums, we noted that the band will release their new album, 777 – Sect(s), on April 19 (one day earlier internationally) via Debemur Morti Productions. That prompted a comment by NCS reader Johan Huldtgren (Obitus) about this band, and after I confessed that I hadn’t yet heard their music, he recommended a song called “Our Blessed Frozen Cells” from the band’s 2003 album, The Work Which Transform God.

That song pretty much took my breath away, from the amazing intro straight through to the end. It’s creative, it’s distinctive, it’s dark, powerful, and hypnotic. It’s 8 years old and it still sounds new. Listen: 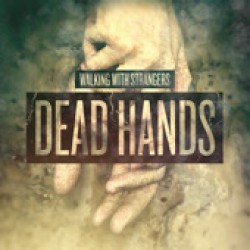 A song by this deathcore band from Trollhättan, Sweden, was recommended by loyal NCS reader “Jaimehere”. The band released an EP in 2010 called Buried, Dead & Done. About two days ago, they released a new single, plus a music video for the song, and that’s what Jaimehere brought to my attention.

In his words, the band “sounds like a mix between August Burns Red and Circle Of Contempt”. I get those references. The band certainly adds some ABR-type melodic stylings to this song, and there’s a similar combination of techy riffing and unexpected instrumental add-ons (here, a contrasting piano interlude in the mid-section), a/la those Finns in CoC.

The first three songs on this excursion were going to be tough acts to follow, and I didn’t find “Dead Hands” to be as creatively distinctive. But I still found things to like in this song. Check it for yourselves — here’s the video for that newly released single, “Dead Hands”:

This new single, as well as the band’s preceding EP, are available on iTunes.  Walking With Strangers’ Facebook page is here, and their MySpace is here.