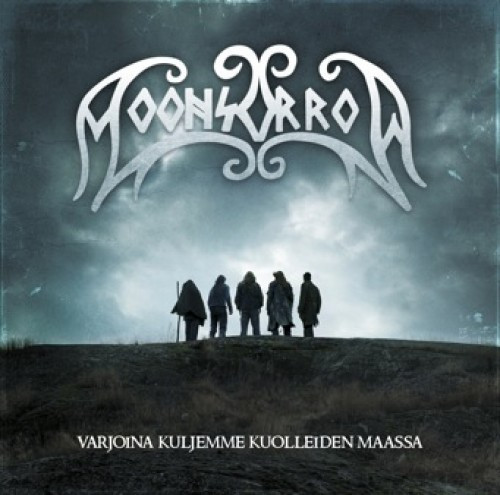 (UK contributor Andy Synn is back with a review of the brand new release from Finland’s Moonsorrow.)

One of the greatest, and grandest, of all folk-derived metal acts, the proud men of Moonsorrow have always been consummate storytellers, mining a rich seam of Finnish folk-history in order to weld its themes and melodies onto a more traditional metal backbone of heavy, surging guitars and rampaging drums.

Never a band for catchy choruses per se, the songs on this album instead feature numerous recurring melodic themes which act as character pieces, holding the narrative of each song together via their tasteful deployment and haunting hooks. These variable refrains serve as our guides through the often linear progression of the album, keeping us invested whilst the band ignores the standard trappings of metal composition and song-writing in favour of a more organic approach to story-telling, performed at its own pace and with little regard for the more stock conventions of the modern album as a commercial entity.

The folk elements are perhaps less vibrant this time around, as the subject matter of the album requires a more sombre tone, although there remain moments of uplifting melancholy and heroic themes which rise and swell as the songs dictate. (more after the jump . . .) 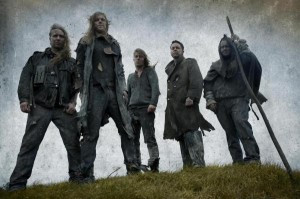 The melodies and instrumentation have a tighter remit in which to work and are more restricted in the tonality and styles they explore, although this writing by restriction does not limit the album as much as it forces the band to be more creative and careful in their incorporation of traditional folk themes whilst maintaining the balance between forceful metal energy and sombre atmospherics.

There is also more restraint placed on some of the more “extreme” metal elements, as the overall tempo is slower than before, with far less blasting and full-speed aggression. Instead, the band have opted for a rolling, mid-paced sound which serves the story of the record far better.

As is traditional, each song proper (of which there are 4) is a work of art in its own right, the shortest coming in at 11:44 in length. Between each main song is a short atmospheric interlude which, rather than serving as pointless, throw-away moments of self-indulgence, are vital to the natural procession of the story unfolding through the longer songs.

Opener “Tähdetön” (“Starless”) begins slowly — heavy and doomy, with dark chord progressions augmented by tolling bells and the tortured cries of Ville Sorvali. An array of subtle supporting instrumentation is used to flesh out the heavy bones of the song, the plucking of acoustic strings and grandiose choral parts standing in stark contrast to the waves of crashing distortion and harsh screams which roll over the listener. Around the half-way mark the song switches gears into a more expressive, up-tempo section introducing clean folk acoustics, played with welcome energy and vigour. The finale melds these warm acoustics with the doom-laden metal of the song’s first half, playing with the dynamics of the song in a complex and unforgettable manner.

First interlude song “Hävitetty” (“Ravaged”) mixes the sound of weary feet staggering through deep snow with hoarse breathing and the eerie sounds of barely remembered home, the tinkling of bells and the cries of babies, to create a particularly bleak and crisp atmosphere. 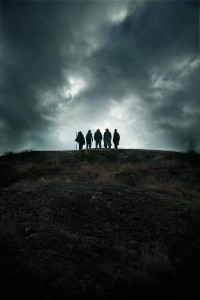 “Muinaiset” (“The Ancient Ones”) employs strident metallic guitars overlaid with taut acoustic melodies to provide a steady, relentless rhythm to the song. As it progresses, the metallic elements come more to the fore, particularly the black metal roots of the band, with winding tremolo melodies and tight guitar and drum syncopation. Whilst the middle section reintroduces a greater emphasis on the use of traditional instrumentation, ably supported by ethereal keyboard backing melodies, it also establishes itself as one of the album’s heavier points, with chunkier guitars and a more abrasive, dual vocal approach.

Second interlude “Nälkä, Väsymys Ja Epätoivo” (“Hunger, Weariness And Despair”) continues the journey, the unknown footsteps still proceeding even as the figure’s breathing grows ever more ragged. The memories of home have now passed, and instead the silence is broken only by the man’s passage and the cries of the wolves somewhere in the distance.

“Huuto” (“The Scream”) begins with the most uplifting melody so far, tempered by the subtle melancholy which permeates the album. This refrain recurs throughout the song, in multiple clean and distorted forms, stealing its way into the listener’s subconscious. The song reflects a paramount influence of early Metallica in its pseudo-classical composition and the powerful, insistent riffs which underpin it throughout. This is also the song where I think the drumming shines through the most, Marko Tarvonen cleverly weaving in complex hand and foot work to accent the song’s structure in new and interesting ways. It also once more displays the band’s clever mix of folk and metal elements, each supporting and accentuating the best parts of the other.

By the time we reach “Kuolleille” (“To The Dead”) it seems we are close to the journey’s end, the footsteps of our unknown protagonist now uneven and dragging, his tortured breathing barely sufficient to sustain him. At the last, we hear him slump to the ground, screaming his anguish into the empty void.

Unsurprisingly after this, final song “Kuolleiden Maa” (“The Land Of The Dead”) is the most bleak and mournful song on the album, piercing tremolo melodies painting a picture of the harsh and desolate land that feeds such isolation and despair. The short moments of meditative contemplation scattered throughout the song serve only to remind us of the gaunt and cheerless world we have been drawn into, while the cracked bitter vocals rage furiously, unheeded in their despair. 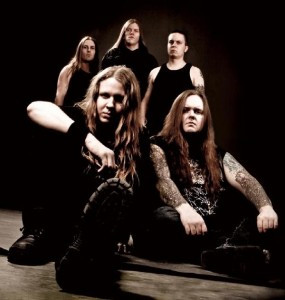 The song also employs the most “extreme” elements of metal to further enhance this sense of forlorn desperation, the drums blasting and raging furiously beneath the waves of jagged guitar and weaving, undulating bass, whilst also featuring one of the album’s few (and easily its most indulgent) guitar solos, which adds a sense of fiery spirit to the track. The song concludes with a sense of triumphant darkness, grim and oppressive in nature, warlike drums and ringing, strained guitars slowly grinding the bones of the song into dust.

It has become increasingly difficult to review Moonsorrow albums using purely musical terms. More conceptual in outlook and execution than most of their peers, each new release serves more as a further expansion of the band’s narrative and compositional base, hence the repeated use of literary metaphors. Although the instruments and methods of each album are always familiar, it is the weaving of these elements and characters into a new story that makes each new release a compelling and intriguing listen.

[EDITOR’S NOTE: Your omniscient editor isn’t as eloquent as Andy.  All I will say is that in my book, this is one of the best albums of 2011 to date, and this song is one of the top 5; and I haven’t yet pinpointed the other four.]