Are you in the mood for a diversion from whatever else you’re doing or were about to do? Good!  Because we thought we’d share some new music that we heard in the last 24 hours from Pestilence and Outcast, plus a new video clip of Mastodon playing “Crack the Skye”, which will appear on their forthcoming DVD. It’s all ridiculously good. Why else would we want to share? Get ready to be . . . diverted.

Dutch death metal band Pestilence has been cranking out skull-crushers since 1986 — not counting that extended hiatus between 1994 and 2008.  The band count among their alumni the likes of Tony Choy (Atheist, Cynic) and Martin Van Drunen (Hail of Bullets, Asphyx). Their current line-up is also loaded with talent, including fretless bassist Jeroen Paul Thesseling (Obscura) and original or near-original members Patrick Mameli (vox/guitar) and Patrick Uterwijk (guitar).

They’ve got a new album due in late April on Mascot Records called Doctrine, and it’s been on our “highly anticipated” list. Two days ago, Pestilence made the seventh track from the album available for streaming, and we’ve got it here. It’s called, appropriately enough, “Sinister”.

It combines enormous pile-driving riffs with near-experimental, prog-sounding guitar leads/solos, and pummeling double-bass. It’s a head-smasher of a song, but it also engages the non-reptile part of the brain (ie, the part you sometimes think with). For some of you, the throaty vocals may take some getting used to, but trust me, this is a cool song. It’s coming your way right after the jump . . . 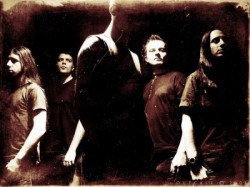 This Parisian band is one of, I dunno, thousands?, of bands I’m still trying to catch up to. Their third album, Awaken The Reason, is due for release later this year. It was mixed at Split-Second Sound studio in Amsterdam with Jochem Jacobs of Textures and was mastered by Alan Douches at West West Side Music in New Windsor, New York.

Here at NCS, we’re gargantuan fans of Textures, and mastering by Alan Douches is usually a reliable sign of quality. And these days, French metal is strong as horseradish, so of course I listened to the following song that Outcast made available for streaming two days ago. SO very fucking glad I did.

The riffs and time signatures jump around like barefoot children on a hot pavement, the drums rarely repeat the same patterns twice, there’s a freaky-good guitar solo, and the vocals bray in a hot fury (a mix of hardcore howls and death-metal growls). If you’re a fan of bands like Textures, CiLiCe, and Tardive Dyskinesia, do check this shit out: 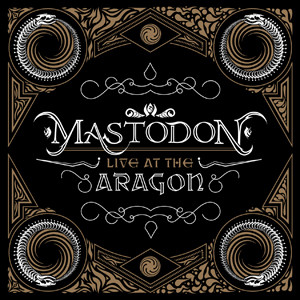 If Mastodon needs an introduction, then I entered a parallel universe in my sleep last night. They’ll be releasing their first-ever “live experience” package, entitled Mastodon: Live At The Aragon, on March 15 via Reprise Records. That’s like just around the fucking corner!

Get this: The set will contain a CD and DVD capturing the band’s 78-miniute performance on October 19, 2009, at the Aragon Ballroom in Chicago. The performance included all of Crack The Skye, plus songs from Blood Mountain and Leviathan, plus their cover of “The Bit” by MELVINS. The DVD is also going to include a 58-minute “tour film” containing the videos that were projected on screen behind the band during the show.

Your three NCS co-founders saw this show when Mastodon performed it in Seattle, and although I usually don’t spend money on metal DVD’s, the chance to come close to re-living that wholly mind-blowing experience may cause me to make an exception.

You can pre-order a special bundle through MastodonRocks.com that will include the CD/DVD combo and some other shit that I don’t care about. You can buy a digital download of the release in both audio form and as a live concert film on both iTunes and Amazon. And that’s all the fucking free advertising I’m giving this thing.

Except for this. A video excerpt from the DVD of Mastodon performing my favorite track from Crack the Skye. As I said about a hundred times during this show, fuck yeah.

UPDATE: Oh fuck, I tried to resist, but I can’t (see the comments below). This isn’t metal, but the video is 100 different kinds of awesome. In fact, I’ve decided it’s the best music video I’ve seen this year. I will probably think something else tomorrow. Outcast is funky. But so is OutKast. I mean, they can get cats and dogs and owls and turtles and chrome hood ornaments to move with the groove. Sorry Ms. Jackson . . .

21 Responses to “DIVERSIONARY TACTICS: NEW MUSIC FROM PESTILENCE AND OUTCAST, AND A NEW MASTODON VIDEO”