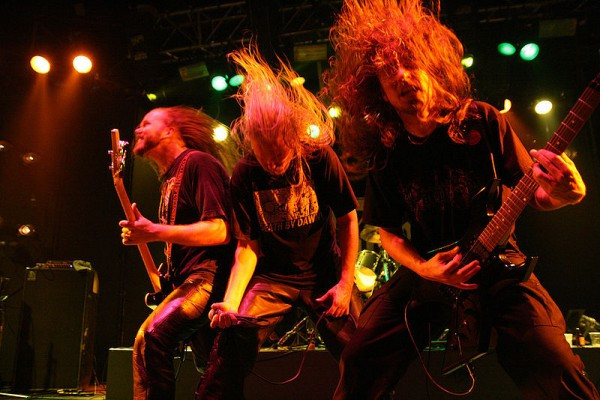 Think of our world —  the human part of it. According to the most authoritative current estimates, Earth is populated by nearly seven billion souls.

Now think about the number of people in the world for whom music is a part of their daily lives. I have no idea of the number. But for whatever reason, music is part of what it means to be human. There is historical evidence of music dating back approximately 100,000 years (in the form of Neanderthal whistles made from animal bone), and it surely dates back far longer, before the time when Neanderthals or homo sapiens created any kind of record or artifact that would survive to the modern era.

Certainly, music is not a part of everyone’s life. Some people are literally comatose, and others lead lives that are duller than a pothole of muddy water after a rain. But I have to believe that some kind of music means something to the overwhelming majority of people in the world every day.

Now, think about the number of those people who listen to music they would call “metal”. Suddenly, the number plummets dramatically. Again, I have no idea about the actual count (and no one else does either), but it has to be a tiny percentage of the whole, on a global basis.

Now, let’s subtract the people who call their music “metal” when it really isn’t metal at all (but instead is just hard rock or worse) and the people whose definition of metal means music that hasn’t fundamentally changed since the 80s, or earlier. Let’s get down to the people who listen to the kind of music we cover on this site, and on sites like this one — the kind of music you can’t discuss or even explain to people who don’t already get it.

Again, I have no idea how to estimate the number on a global scale, and no one else knows either, but it has to be vanishingly small — an infinitesimal fraction of a percent of all human beings. (I do have a point, and will get to it . . . after the jump.) 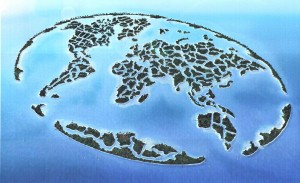 That is our world — a numerically tiny subculture of the planet’s overall population. On the other hand, as few in number as we are, compared to the great global mass of humanity, we seem to exist almost everywhere you care to look. This morning I checked our Google Analytics account — which compiles data about the traffic on our site — and it reports that over the last 30 days alone, we had 17,581 “unique visitors” to NCS from 132 different countries.

Visitors from the U.S. constituted the largest national group of NCS visitors (of course), followed by the UK, Canada, and Western Europe. At the bottom of the list was a single visitor from . . . wait for it . . . Mongolia. (Don’t worry, those Google Analytics stats don’t convey to us any personal information about who is visiting — only the countries where visitors are coming from.)

We had visitors from almost every continent and region you could think of — from Eastern Europe and Russia, from India and Asia, from Central and South America, from islands in the Caribbean and the South Pacific, from Africa and Indonesia, from Australia and New Zealand — and we’re not nearly as popular as some other well-known metal blogs. That blows my fucking mind.

Apart from the widespread location of metal fandom, I’ve learned through working on this blog that metal bands are also spread far and wide around the globe. Many of them are creating music in small, remote places where there is little fan support and huge cultural obstacles confronting this kind of music — but they’re doing it nonetheless. At this site, we try to pay attention to those kind of bands. 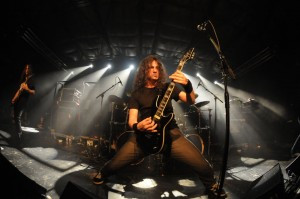 Off the top of my head, I can think of only a few parts of the populated world where I haven’t yet heard about a metal band — mainland China and Africa between the Sahara and the savannah come to mind, though I would bet money there are metal bands in those places, even if I haven’t yet run across them.

So, on the one hand, as a fan of extreme music I sometimes feel like a member of an endangered species. On the other hand, thanks to the internet, I also feel like I have brothers and sisters all over the world — people who speak the same musical language I speak, people who get the same charge out of this music that I get from it, people who understand that this music is liberating and emotionally powerful, people for whom this music gets them through the crap of daily life with their heads up, people who feel a sense of belonging to a community because this music exists (and maybe only because this music connects them to others who share similar interests and a similar worldview).

And the point of this post? Just to get off my chest the fact that I feel damned lucky to be a part of this blog, fortunate to have made the human connections that NCS has allowed me to make, and proud to be a part of this world — our world. If you feel like getting anything off your chest today, that’s what the comments are for. 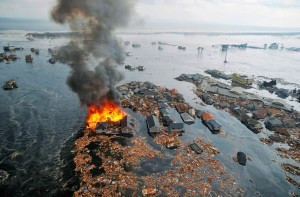 One last thing, a bit off the subject, but maybe not so far off: What has happened to the people of the Tohoku area of Japan — and is still happening to them — is truly horrifying. They need help, and one thing metalheads who care about this catastrophe can do — one thing our community can do for this one, no matter where we’re located — is to give a few bucks to organizations that have the ability to deliver help on-site.

There are many such organizations, but NCS reader Phro (who lives in Japan) suggested this one to me, which interestingly is based here in Seattle where we are. This site provides links for donations. If you’re moved to help, check it out:

Okay, enough sappiness from me for today. Tomorrow, we’ll get back to new music, with a little something special in honor of March 17.

What? Did you forget that tomorrow is the anniversary of the invention of the rubber band?

Our buddy Phro, who kindly suggested the donation idea, has provided an extra incentive for NCS visitors to contribute a little money to the relief effort in Japan. Everyone who contributes, either through the organization linked above or through any other relief effort, send me a quick e-mail and tell me how much you gave. Obviously, it’s the honor system, but we trust you not to make shit up about this.

I will keep track of the amounts donated, and if we can meet or exceed a goal of $500 by one week from today, then Phro has promised to do something inappropriate and ridiculous (e.g., wear a maid skirt and dance around akihabara) and send us photos of whatever it is he does.

And to show how really devoted he is to this cause, he’s asking YOU to suggest the ridiculous thing that he will do and memorialize with photographic evidence. He should be afraid . . . very afraid.

So, leave your Phro suggestions in the comments, and e-mail me a report of your donation at:

I won’t use your e-mail address for any other purpose and I also promise to give Phro an accurate tally of the donations. I do many bad things, but at least here at NCS, I don’t lie.

38 Responses to “OUR WORLD”