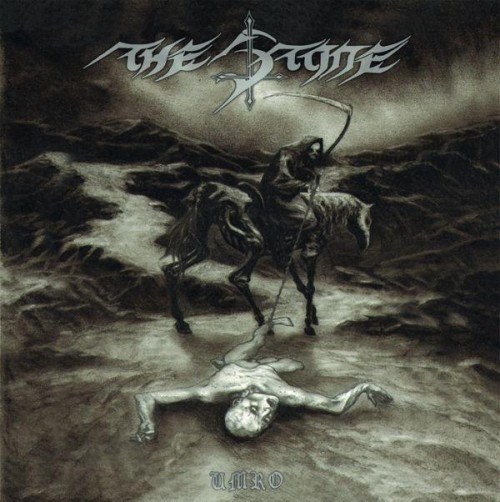 This Serbian band formed in 1996, originally under the name Stone To Flesh, and in the following years they’ve produced quite a lot of music. Their most recent full-length — the band’s fifth — is called Umro (which seems to mean “died” or maybe “dead”). It came out in 2009 on Folter Records. (more after the jump . . .)

Here’s the description Surgical Brute sent me: “A black metal band from Serbia. They’ve actually been pretty busy, with 4 full-lengths, 3 EPs, and a couple of split albums. They’re not doing anything different as far as black metal goes, but what they do is very well done.” 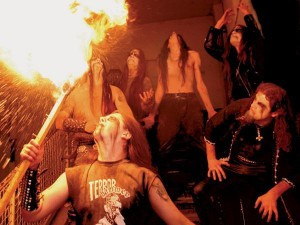 With that sparse intro, I ventured over to The Stone’s MySpace page and listened to the first song on the player, which was the title track to Umro. It sounds almost experimental — tremolo-picked guitar flooding the soundscape with atonal notes moving up and down (and sideways), crazy but accomplished drumming that often seems to be disconnected from the rhythms of the guitar, and vicious vocals. In the last third of the song, it settles down into a somewhat more conventional structure with prominent bass arpeggios rising in the mix.

The song is definitely a head-twister, a kind of black-metal/jazz fusion, creative and well-played. I was curious about whether other songs were in the same vein, so I listened to the next song, “Zlo Je Uvek Korak Ispred” (which, according to Google Translate, means “evil ahead”). Sure enough — more atonal melody; more furious, off-balanced drumming; more cool bass-work; and a mid-section where the music converts into a black ‘n roll skull-smasher.

You can learn more about The Stone at their official site or at their Facebook or MySpace pages, and Umro is available through Folter Records or as a digital download from iTunes and Amazon MP3. 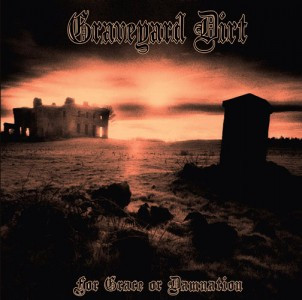 This Irish band appears to have formed way back in 1994 but broke up a few years later after recording a demo and getting signed to a label called Ars Metalli. They re-formed many years later and in 2007 released a three-track EP called Shadows of Old Ghosts. Last year, they at last produced their debut album, called For Grace Or Damnation. It was released by an Austrian label, Ashen Productions. It’s an hour long and consists of eight tracks.

As a sample of the music, I picked a song from the album called “Daylights Wrath”, which is streaming at the band’s MySpace page — and man, is it a killer! Right from the start, it smacks you in the head with crushing riffs and booming drums. The drumming was really impressive throughout, as were the awesome roaring vocals, and I thought the distorted guitar leads and solos were extremely cool.

The song is full of menace, gloom, and full-on body blows with, as Surgical Brute said, just enough melody. This is a definite winner, and I’m looking forward to the rest of the album’s music.

Here’s the song I heard. See what you think:

For Grace Or Damnation is available at the Ashen Productions web store, or you can message the band for an order at their MySpace page. 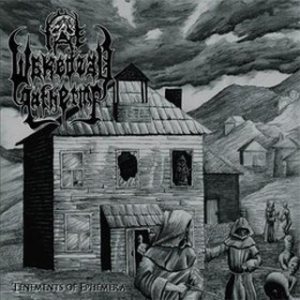 In trying to learn more about The Wakedead Gathering, I found an interview (here) which revealed that it’s not a “band” at all, at least not yet. Instead, it’s a one-man project by a dude named Drew Lampe, who wrote the songs, played all the instruments (except for the drums), and provided the vocals, recording the music in a friend’s home studio.

Surgical Brute’s quick note to me about the music reads as follows: “Incantation-inspired death metal, but not a clone band.” The reference to Incantation immediately peaked my interest, since I fucking love that band. So I scrambled over to TWG’s MySpace page and listened to a song called “The Jury”.

It’s an absolutely beastly barrage of dark death metal. The guttural vocals are deep and vast, heartless and cold. The guitars bray and groan and judder viciously. Refreshingly, the drums, though programmed, sound natural and somewhat muffled, in an old-school way. The tempo is dynamic, charging relentlessly but also slipping into a doom-like lumbering lurch.

Surgical Brute had it right — the old school influences of bands like Incantation are strong, but The Wakedead Gathering is no clone. “The Jury” is a well-constructed, well-played face-ripper of a song. Listen to it for yourselves:

The Wakedead Gathering: The Jury

Getting your hands on a physical copy of Tenements of Ephemera, is a challenge. A limited run of CDs were being distributed at one time by Dark Descent Records, but it appears the CDs have sold out. Thanks to Surgical Brute, I found a copy at the Lavadome Productions web store (here), but few copies remain for sale there. Fortunately, Drew Lampe appears to be working on a second full-length album that should be released later this year. You can check out more of the music at The Wakedead Gathering MySpace page.

That’s it for this “Surgical Brute Edition” of MISCELLANY. I really liked the diverse music in this first line-up of bands, and it makes me even more interested to see what lies in wait in the remaining recommendations. Leave a comment and let me know what you thought of the music — and enjoy the rest of your fucking day.