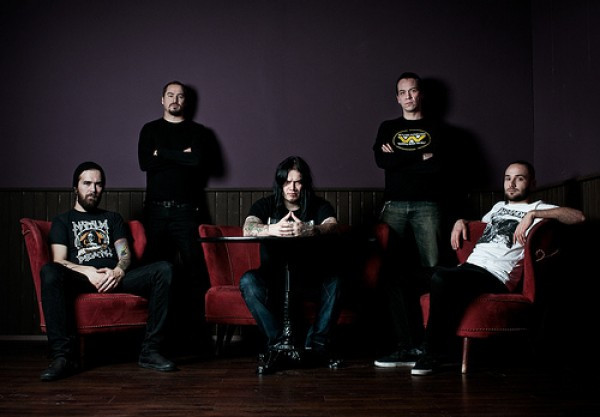 They have a 3-song EP in circulation that’s available for free download — and things this good don’t usually come as gifts.  (more after the jump . . .) 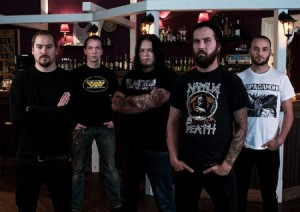 I’ve been listening to a lot of new Finnish melodic death metal lately — the new albums by Before the Dawn (Deathstar Rising) and Omnium Gatherum (New World Shadows), and they’re both outstanding. I wish I could write about them, but time is passing, and I doubt that will happen. Plus, they’re getting their fair share of attention already.

But to pass by this EP from Sons of Aeon would be three strikes, and I’ll be damned if I’m going to trudge back to the dugout with a whiff (and I apologize to our readers who won’t follow that baseball metaphor).

As I listened to the beginning of the first song on the EP, “Weakness”, I thought, “this is competent melodic death metal, but nothing terribly special”. And then, as the song progressed, I changed my mind. And then, as I listened to the next two songs, I thought, “people have to hear this — and they really have to immerse themselves in all three songs, one after the other.”

The music changes direction in ways I didn’t expect, and chains together aggression and beautiful melodies in the way that Finland’s best extreme metal bands do so well. Despite the presence of those Ghost Brigade members, this has a harder edge than the music of that band — there’s no clean singing, no dreamy melodic interludes. Yet it still has the power to carry you away on the wings of memorable tracks that bands like Insomnium and Swallow the Sun also have.

You can — and should — download all three tracks via the Sons of Aeon official web site. 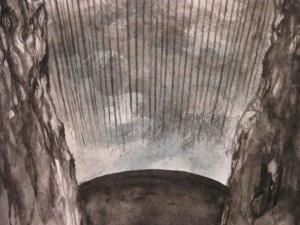 Slightly more than one week ago, we were proud to include a new song from the next release by Ireland’s Altar of Plagues, Mammal. At almost 11 minutes in length, it was still an edited version of the full song (“Neptuine Is Dead”), which will be closer to 19 minutes on the album.

Yesterday, Stereogum premiered another song from the album. It’s also a long one, but this one isn’t edited, thank goodness. It’s called “Feather and Bone” and it’s almost 12 minutes long.

Should you care about the length? Yes, you should – but not because the song’s length is excessive, not because you should allow it to deter you. This song needs to be as long as it is. Much happens over the winding road taken by this song, and all of what happens will capture your attention, and it will slowly work emotional changes on you.

It’s a style of black metal that reminds me of Agalloch — more so in the mood it creates than in the specific compositional elements and stylistic components. It achieves a majestic beauty, but it also has moments of harrowing darkness.

I like this even more than the first track from Mammal that we featured a week ago. I hope you’ll like it, too.

Stereogum was kind enough to feature the song’s opening lyrics:

It is a familiar place that the road leads toward,
Forever dying and stripped of all but nothing and fed to nothing.
Wide eye cannot see the beyond, they will not look upon its face.
The ride to that which has no soul, the ride to nothingness.

[audio:https://www.nocleansinging.com/wp-content/uploads/2011/03/Altar-Of-Plagues-Feather-And-Bone.mp3|titles=Altar Of Plagues – Feather And Bone]

Mammal will be officially released on May 17 via Profound Lore. By the way, as Stereogum points out, the artwork accompanying this section of the post isn’t final; it’s a detail from Timo Ketola’s work-in-progress.

Between the time when we put this post to bed last night and today, Altar of Plagues posted the finished cover art from Timo Ketola on their Facebook page. It’s described as the cover for the Profound Lore version of Mammal, which helps explain why there was an entirely different cover that we saw when the first song from Mammal was released about a week ago. Anyway, here’s the completed album cover, which is all kinds of coolness: 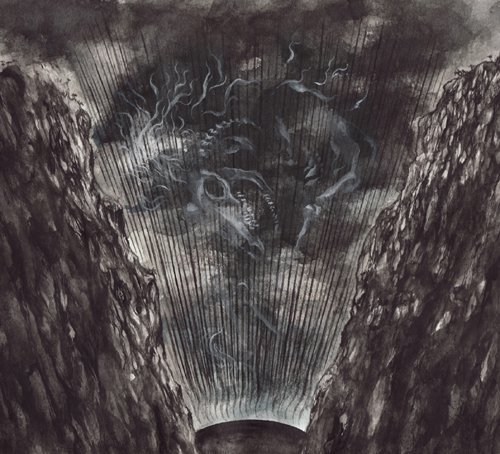 9 Responses to “THE HITS JUST KEEP ON COMIN’: SONS OF AEON AND ANOTHER NEW ONE FROM ALTAR OF PLAGUES”