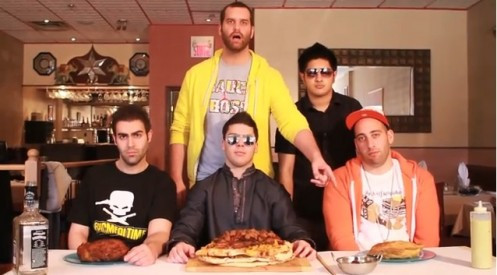 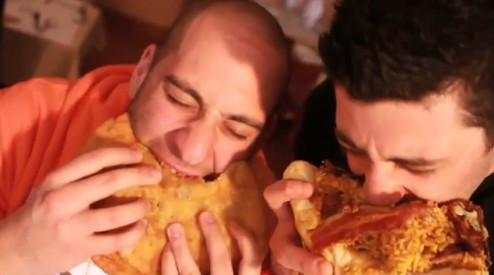 Do you know about EPIC MEAL TIME? It’s some kind of ongoing, web-only video series. The motto is “We make your dreams come true, and then we eat them.” I didn’t know about this thing until earlier today when a video link from a Facebook friend led me to the latest installment in the series, which was just uploaded.

I don’t know if what happens in this video is the template for all the installments, but in this one, a bunch of armed dudes (the Epic Meal Time crew, no doubt) walk into an Indian restaurant, take it over at gunpoint, and oversee the preparation of a meal — the centerpiece ingredient of which is curry candied bacon.

I was going to save this thing until I had enough additional items for a full THAT’S METAL! post, but it’s just so fucking awesome that I couldn’t wait. Here were my reactions as I watched:

Go for it after the jump . . . and be sure to share your own thoughts in the comments. Disgusting or delectible?

There’s more of this shit at the Epic Meal Time web site.