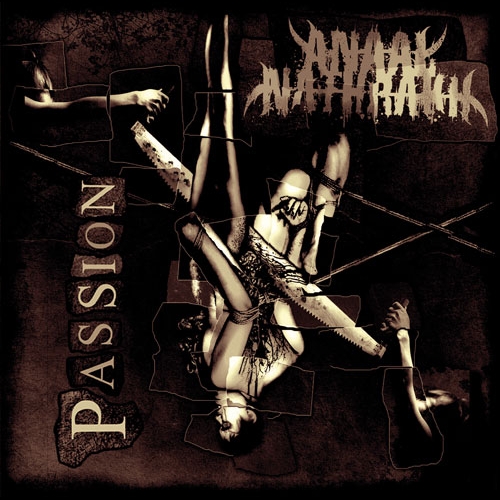 No band I’ve yet heard is currently pushing the limits of extreme metal more extravagantly and more successfully than Anaal Nathrakh. However, I won’t say they’re blazing a trail into the territory where the future of metal will take root. Metal will have many futures, but I suspect few of those futures will unfold along the tortured path Anaal Nathrakh is blazing; there’s too much risk of injury. More reason to live in the present – this present.

Some metal bands specialize in hair-on-fire, grindcore mayhem, played at the speed of bullets. Some specialize in the delivery of compulsively headbang-able riffage, heavy on the chainsaw guitar cutting through the bone. Some bands use keyboard-driven anthems to propel their music to emotional heights of struggle, or defiance, or loss.

Some plant their flag in the territory of industrial metal, with blasts of cold rhythm and waves of chaotic electronic noise. And some bands leaven their metallic catharsis with bursts of melody, voiced by soaring clean vocals, head thrown back and all of body and mind concentrated in the delivery.

Anaal Nathrakh does all of this within almost every song on their new album Passion, and more besides. They dissect and segment and re-combine the elements of extreme metal in blazingly creative ways — but without fail, what they achieve is profoundly unsettling. It’s wondrous, but it’s almost unrelentingly disturbing. Passion is an expression of the “otherness” of extreme metal in one of its purest forms. (more after the jump . . .) 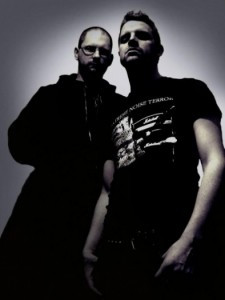 The album is like a roller-coaster ride through hell — though ever so briefly, there is heaven in the music, too. Of course, I use these words figuratively, because Anaal Nathrakh certainly believe in neither place. They don’t think much of the real world we live in either. In this incarnation of their talent, Dave Hunt and Mick Kenney simply turn themselves inside-out with misanthropic fury and venom.

They’re both in a world, and a league, of their own. Rarely does a vocal performance almost completely overwhelm the instrumental music in metal, but Hunt’s tour-de-force performance on Passion comes very close. He is like a multiple personality disorder embodied in song.

There is screaming, and then there is Dave Hunt screaming. Often with the aid of electronic distortion and sometimes without, he sounds as if he’s reached the utmost extremity of violent agony — like the embodiment of horrors inflicted in The Inquisition or at Auschwitz or in the killing fields of Cambodia four decades ago, or in a thousand other places where human beings have been wrenched beyond sanity by physical pain and mental cruelty.

But that’s only part of what spatters the vocal palatte on Passion. Coupled with those excruciating shrieks and blood-curdling screams are the sounds of bestial roars welling up from some bottomless abyss, inhuman spoken-word proclamations, and jagged black-metal style rasps. (Some of these sounds may be contributed by guest vocalists Rainer Landfermann (Pavor, Bethlehem) or Alan Dubin (Khanate, Gnaw)).

And then there’s the clean singing. If you’re not already familiar with Anaal Nathrakh’s previous work, it may come as a shock, for in the midst of one sonic assault or another, Hunt’s voice emerges with a passionate stanza of clean vocals. Where it happens — and it doesn’t happen on every song — somehow it works. More than that, it gives the songs a melodic core that will stick in your head after the vortex of near-cacophonous noise has ended.

Of course, as stunning as Dave Hunt’s multi-faceted vocal performance is — and it is a huge part of what makes Passion so unsettling to hear — the instrumental parts of the music are equally riveting. Here and there, you will find, at high speed: clouds of jarring electronic noise, grandiose keyboard chords, industrial rhythmic blasts, the vibrating melodies of a tremolo guitar moving up and down a chromatic scale, Swe-death style chainsaw riffing, and even a few white-hot guitar solos. 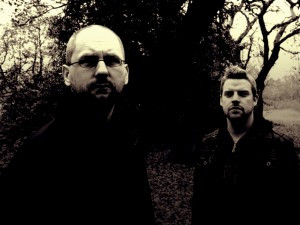 Some of the songs (most especially “Tod Huetet Uebel”) have a pronounced black-metal vibe. Some lean more toward the stylings of old-school death metal (e.g., “Le Diabolique Est L’Ami du Simple” and “Who Thinks of the Executioner”). But these are only leanings, at most, because these songs are packed with other devices and stylistic allusions that make them uniquely Anaal Nathrakh, and the whole machine attacks at the speed of grind.

The drumming deserves separate mention. Though they may be programmed in whole or in significant part, they’re an integral part of the music. The construction of the percussive tracks is intelligent and geared to emphasize shifts in the song’s movements. The drum tracks are also used to enhance the discomfiting effect of the songs by erupting into inhumanly fast bursts of blast-beats like weapons on automatic fire. They’re effective precisely because they’re inhuman.

The songs on Passion are often intricate in their weaving together of a multitude of sounds and styles. The result is music of considerable density; with each repeated listen, you’ll likely hear something new, and you will also likely appreciate even more that despite first impressions of barely contained mayhem, the music is coherent. The moving pieces fit together, the dark melodies survive, and the music attracts as much as it repels. It is a rare achievement — the creation of songs that are horrifying, disturbing at their core, and yet for all that, still quite difficult to resist.

With the release of Passion, Anaal Nathrakh will solidify their reputation as one of the most groundbreaking forces in extreme metal on the planet. If we were the kind of site that kept track of album-of-the-year candidates, Passion would be on our short list.

Passion will be released via Candlelight Records on May 17. In previous posts, we featured each of the two songs from Passion that have been released to the public so far, in the run-up to the album’s release. If you haven’t heard them already, now’s your chance:

P.S. We’re running two reviews of Passion today. Andy Synn‘s review is the other. He didn’t see mine, and I didn’t see his, until both reviews were finished.

19 Responses to “ANAAL NATHRAKH: THE PROPAGATION OF DISCOMFORT”