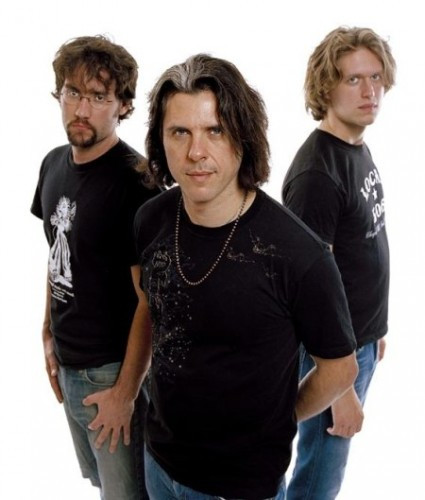 We started this week with a trio of posts on . . . viciousness (beginning here). Then we assisted in the disfigurement of a goddess. And yesterday was all about the venomous hatred in Anaal Nathrakh. Granted, we did have the thing about the epic Indian feed and the photos of Phro in a miniskirt, but musically speaking, it’s been a pretty pummeling week so far.

We do like to keep you a little off-balance here at NCS, so this seemed like a good day for something . . . completely different. Three completely different somethings, to be precise. We don’t often venture outside our comfort zone around here, but we’re definitely doing that today. The thing is, we’re still sort of staying true to the “no clean singing” mantra — because there’s no singing at all on our first offering, and almost none on the second.

The last time we featured music similar to this next band (pictured above), it was the day before Thanksgiving last year. In a post called “Guitar Wizardry”, we featured new music from Joe Satriani and old music from Buckethead. That set off an interesting dialogue in the Comments section about guitar heroes and the connections between them, and of course, Alex Skolnick‘s name was mentioned more than once, in the same company as Paul Gilbert, Steve Vai, Allan Holdsworth, Jeff Young, Jeff Beck, and John Petrucci, along with Satriani (with whom Skolnick studied long ago) and Brian “Buckethead” Carroll. (more after the jump, including ear candy . . .) 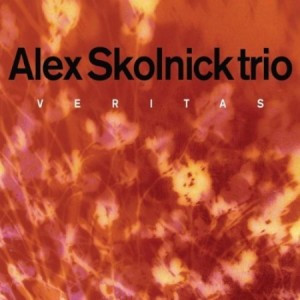 Alex Skolnick is best-known to metalheads as the original lead guitarist for thrash-titans Testament, whom Skolnick rejoined in 2005 after a 13-year absence, in time for the recording of the band’s come-back album, The Formation of Damnation. But there is another side to Skolnick’s music (actually, many other sides, including his perennial performances with the Trans-Siberian Orchestra). Starting in the late 80s, he began an intense study of jazz, which ultimately led to a fine arts degree from New York’s New School University jazz program in 2001 and the formation of The Alex Skolnick Trio with drummer Matt Zebroski and current bassist Nathan Peck.

To date, the Trio have released three albums, Goodbye to Romance (2002), Transformation (2004), and Last Day in Paradise (2007). The band started out by doing jazz arrangements of classic rock and heavy metal songs, but as the albums have progressed, the percentage of original songs has increased and the percentage of covers has diminished.

On March 29, The Alex Skolnick Trio’s fourth album, Veritas, made its appearance on jazz label Palmetto Records. We got the benefit on an advance listen to its 11 tracks. Nine of those are original compositions, and there’s a cover of Metallica’s “Fade To Black” and a bonus remix of the song “Bollywood Jam” by Jay Sustain and Nik Chinboukas. Veritas was produced by Skolnick and recorded at Spin Recording Studios in Long Island City, New York.

The truth is, I’m not fit to write a proper review of this album. I don’t have the right grounding in jazz or jazz guitar. Once upon a time, I had music by Pat Metheny, George Benson, Jeff Beck, and John “Mahavishnu Orchestra” McLaughlin in my personal rotation, but that was long ago and far away, and it hardly gives me the kind of perspective I would need to attempt some kind of knowledgable critique of Veritas.

But fuckit, I do know what I like. This album expresses a range of feelings, and does so expertly. Some of the songs are quiet and meditative (one of those, “Alone in Brooklyn” is on the short list for my favorite), some are funky and fun-loving (e.g., “99/09”), some are head-spinning pieces of improvisation (e.g., the 9-minute “Path of Least Resistance”). Of course, there’s nothing here that will tear your head off, but that’s what a change of pace is about. What this album is about are three very talented people speaking through their instruments in ways that trigger a variety of emotions, not the least of which is wonder.

Of course, I was tempted to play the Metallica cover for you, but I’m going with this one instead. “Bollywood Jam” makes me want to bounce. 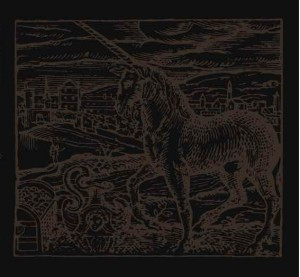 Echtra is a mysterious one-man project based in Oregon. Echtra is also the guitarist and vocalist for a black metal band called Fauna. His debut album, Burn It All Away, was self-released in 2004, and a 46-minute, two-song “EP” (?!) called A War For Wonder followed in 2009 on the 20 Buck Spin label.

Echtra’s second album, Paragate, will be released today on a Chinese label called Temple of Torturous, and we got the chance to hear it in advance. It consists of two tracks, each of which is 23 minutes long — “Paragate I” and “Paragate II”. Based on what we’ve read about the album in promo materials, the underlying concept is a spiritual quest of the soul for freedom and self-realization, and could be summed up by this thought: “. . . for only by becoming completely and totally gone are we to be found . . .”

I’m unable to fit this music into a genre in any way that would accurately represent the music. “Paragate I” consists of long, slow, repeating acoustic guitar notes and chords set against a background haze of droning electric guitar and the occasional, deeply submerged rhythms of a bass drum (and/or bass guitar). As the song progresses, the acoustic notes fade and the distorted electric vibrations build until they become dominant, only to die away as the acoustic music returns. In places, there are bass-register vocals — like the prolonged chanted notes of a Tibetan throat-singer.

“Paragate II” is almost symphonic in its movements and contains greater variety. The melody is again carried primarily by a series of acoustic guitar arpeggios, joined in places by ambient synthesizer music and a vocal chorus in the background. In the beginning part of the song (which also includes what sounds like the intermittent notes of a flute), the shrill droning static of an electric guitar counterbalances the contemplative acoustic notes, but it drops away in a long second section that is dreamily melodic.

The jagged black-metal style guitar returns in the following, up-tempo section along with rampaging drums, crashing cymbals, and rasping vocals, as the acoustic guitar fights to hold its own. The cacophony eventually fades into a brief synth interlude, followed by intermittent acoustic chords and shimmering synth keys. Distorted, reverberating, atonal electric guitar chords replace the acoustic notes in the next section, but the acoustic/synth melody eventually returns, trading places, and then eventually joining together, with the crashing violence of the electric guitar and drums until the song reaches its conclusion.

Part atmospheric black metal, part drone, part folk music, Paragate is hypnotic in its appeal. By design, these two songs are lengthy for a reason, and listening to only part of either one isn’t quite fair. But I want to share something of the album, and so here’s an excerpt from “Paragate I”: 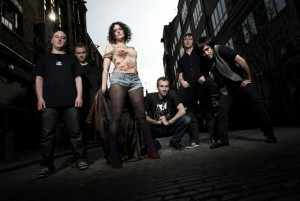 Senser were brought to our attention by a UK metal musician whose work and opinions we respect. This is a UK band who’ve been making music for nearly 20 years. Once upon a time, they were sharing the stage with the likes of Rage Against the Machine, Henry Rollins, Moby, The Red Hot Chili Peppers, and Chumbawumba, and by the early-90s they were cranking out songs that placed high on the UK national indie music charts.

Since then, the band have broken up and re-formed twice, but the original line-up is now almost entirely back in place. Their latest album, How To Do Battle, was released in 2009. On April 11, they’ll be releasing a single from that album called “2, 3 Clear”, and it will be available for free download on the band’s web site (here). But it’s a 2011 re-mix of that single, as produced by Dean Roddel and Current Value.

We weren’t familiar with this band before listening to “2, 3 Clear”. How to describe the music? Let’s say it’s a throwback — a fusion of metal riffs, dancefloor rhythms, and synth-executed electronica. It’s not extreme, but it is damned catchy. The stars of Senser are the co-vocalists Kerstin Haigh and Heltham Al Sayed — she provides clear, at times ethereal song, and he — well, he provides the hip hop.

STOP! Don’t leave! Give this a chance:

Fuck, in for a nickel, in for a dime. Here’s the official video for another Senser song from How To Do Battle, called “Resistance Now”. It’s got even more of a nü-metal sound than “2, 3 Clear”. It takes me back . . .

3 Responses to “A CHANGE OF PACE: THE ALEX SKOLNICK TRIO, ECHTRA, AND SENSER”