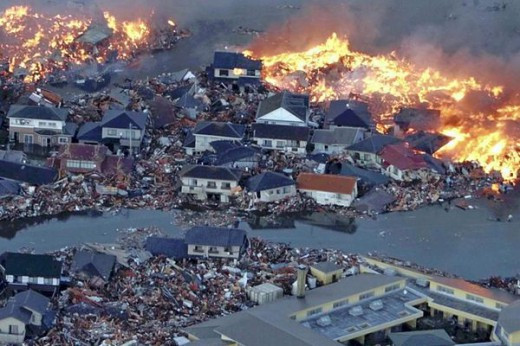 An earthquake of historic proportions hit northeastern Japan on March 11. That triggered a massive tsunami that flooded a wide swath of the Japanese mainland. Millions were left without power, and the loss of power also caused malfunctions at a nuclear plant, which has been leaking radiation ever since. More than 9,800 bodies have been recovered so far, another 17,500 are still missing; the majority of those are probably dead. Even now, more than 600,000 homes are without water, more than 200,000 still without power. Hundreds of thousands remain homeless.

We have a faithful reader named Phro whose frequent comments make me laugh or feel queasy (or sometimes both). He’s an American living and working in the Tokyo area. On March 16, at the end of one of our more widely read posts, called “Our World”, we passed along an appeal from Phro for contributions to the relief effort in Japan. And then, in an update to the post, we explained that Phro had offered an extra inducement: if NCS and its readers could meet or exceed the goal of raising $500 for Japanese relief, Phro promised to do something inappropriate and ridiculous (e.g., wear a maid skirt and dance around akihabara) and send us photographic evidence.

To be specific, through Phro’s good works, we raised $515 for the Japanese relief effort, and when you count additional money Phro had a hand in helping to raise in Japan (and we count here a very generous contribution from Phro’s gf), the total exceeded $800.

Phro is very grateful. So are we. In a world filled with disappointments, including cretins in the U.S. who rejoiced in this disaster, thinking it was some kind of retribution for Pearl Harbor, what Phro did was very cool. To him, and to those of you who contributed and e-mailed us with the amounts of your contributions, thank you. Misery cares nothing for national boundaries, and sometimes, neither does kindness.

We would have forgiven Phro if he had delayed the payoff on his offer to the point when everyone would have just forgotten about it. But he didn’t forget. He sent us photos, with this note:

Ive done it.
Holy shit, that was embarrassing.

A quick note to all who donated:

Thank you for proving that metal heads are both generous and awesome humans! We may be few, but our strength is greater than our numbers. Also, there’s nothing a school girl skirt, fat bass lines, growly vocals, and some tentacles can’t fix. 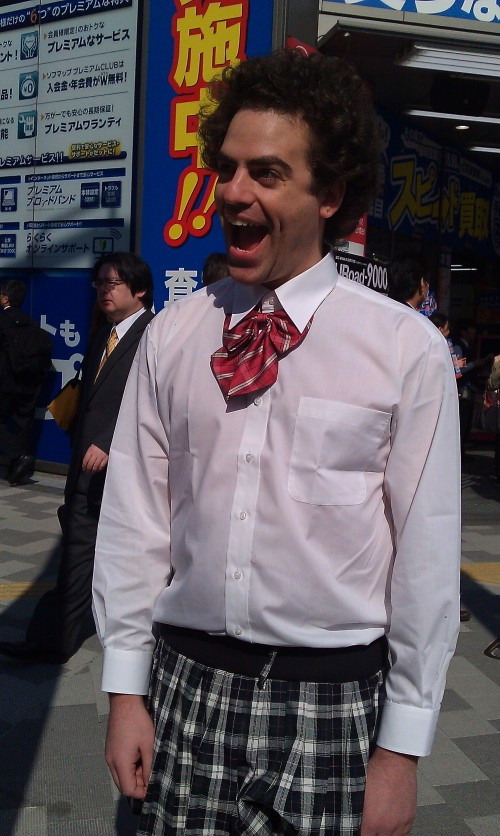 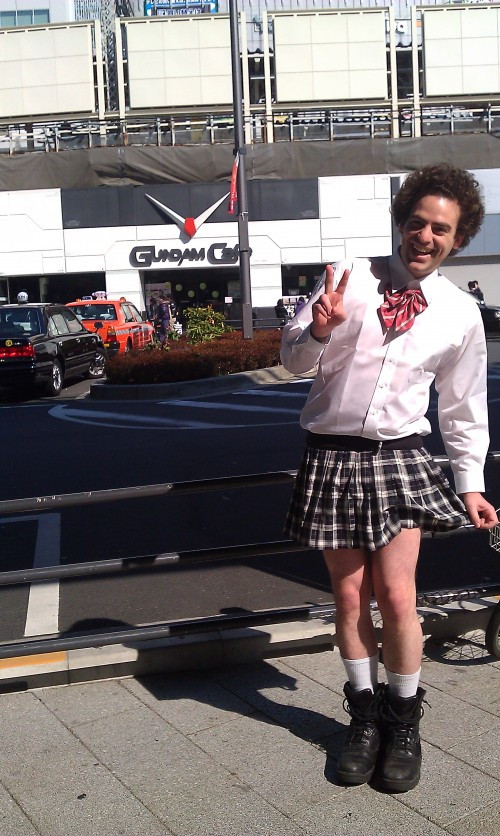 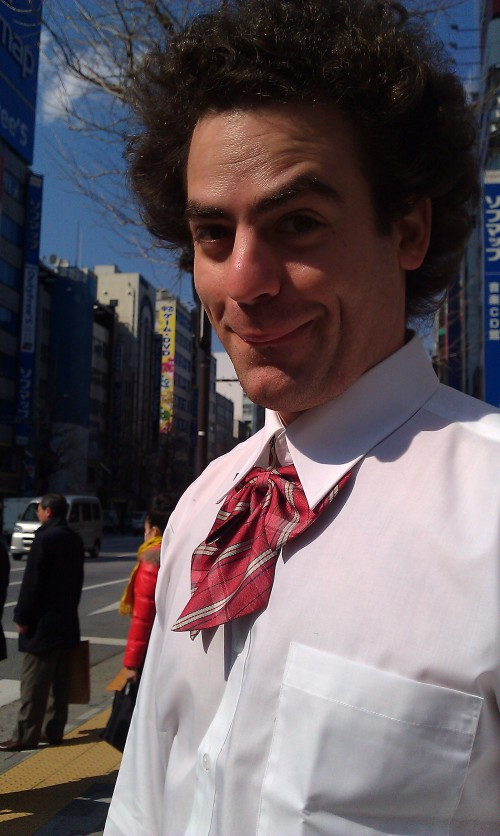 And here’s one more shot of Phro and his girl in one of those pirikura booths, with the name of our very own site scrawled on the pic (thanks dude): 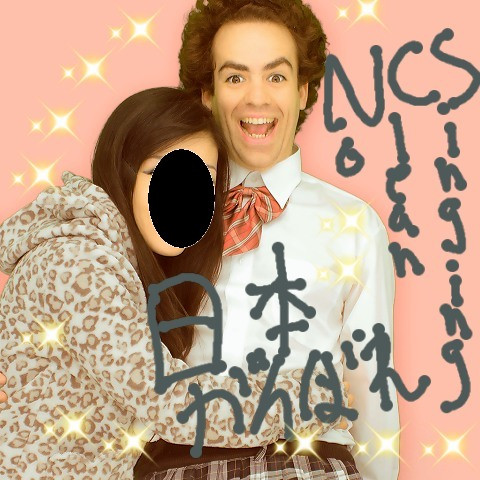 As you can see, Phro wisely obscured the face of his gf to protect the innocent, because we sure as fuck don’t have any innocents around here.

In closing, the shit is still flying in Japan, and the people trying to help provide relief are still looking for money. We can’t promise any more ridiculous photos of Phro, but if you feel like throwing a few dollars to that cause, here’s the same link we provided on March 16: