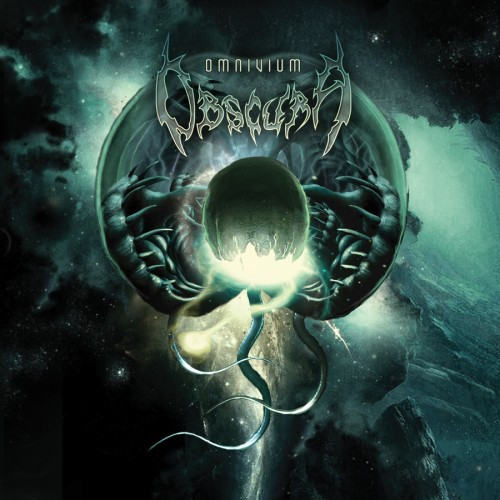 Simon Reynolds did an absolutely fantastic history of Drum N’ Bass/Dubstep (and all their subgenres) in The Wire magazine (thanks again, Michelle!). It is some of the best music journalism I know. An integral piece of his argument is that illicit drugs have an intimate relationship with the modern evolution of music. Stoner Metal’s existence is evidence that this phenomenon is present in metal as well.

Obscura have dropped the cold amphetamine speed of their previous disc Cosmogenesis, (which I enjoy more retroactively now that I have listened to Omnivium) and embraced psychedelia. Omnivium does not view time and space as limitations, but things to confuse the listener with. And how like a hallucinogen, prolonged exposure to Omnivium is first and foremost disorienting.

As their peers in Krallice are doing (according to an article in the new Decibel), Obscura have focused on the dissonant melodic elements present in old school DM, and rather than used them as breath-catching reprieves, have made them the complete focus of their sound. I would place these two bands, along with perhaps Decrepit Birth, at the forefront of a modern technical psychedelic metal movement as distinct from more minimalist bands too obvious to mention. (more after the jump . . . ) 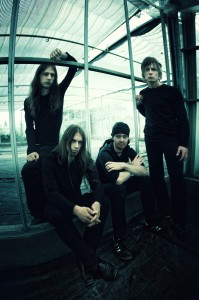 The effect is twofold: One, the barbiturate violence, the abrasion that once characterized DM and has become the sole goal of deathcore, is severely toned down—this is nowhere NEAR as heavy as a similarly technical band with a more vested interest in Suffocation might be. Two, when the barbiturate/toughguy lock-step of every instrument in unison (innovated by Judas Priest, mastered by Slayer, intensified by virtually all extreme metal) does occur, it is an absolutely climactic experience.

Even Jeroen Paul Thesseling’s potentially best-in-the-business fretless bass wizardry (previously their greatest feature and secret weapon) is sublimated into gaseous and spectral music, punctuated by suns of shredding insanity and planets of rock-solid mosh rifts that probably make up less than 10% of the record.

Those celestial bodies—with the occasional satellite James Hetfield ‘ooh!’—tend to cluster toward the beginning and end of the record. I’m guessing listeners who gut albums to create playlists will be extremely fond of “Vortex Omnivium,” the only obvious single. Those people are missing the point: This is a set it and forget it affair.

Omnivium is a cohesive work musically, artistically, and also commercially: The album reveals a cohesive brand which began on Cosmogenesis. That album was expansion and the follow-up is crystallization. Other bands have been doing space-death for longer, but Obscura embrace it the most, embody it the best, and with Omnivium stake their claim at being the forefront of spacey technical psychedelic extreme metal.

EDITOR’S NOTE: Here’s a track to give you a taste of what Omnivium has to offer: