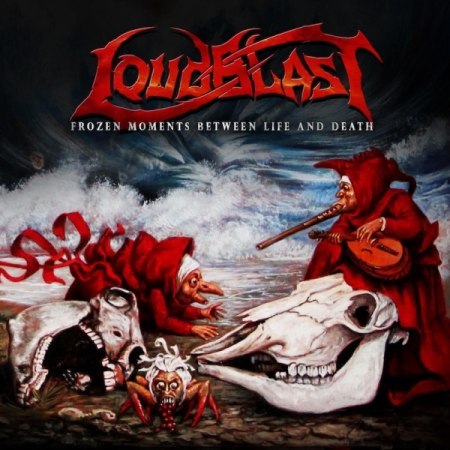 Can we talk? I hope so. I had an experience yesterday that made me think about the marketing of metal bands, the do’s and the don’ts. And I’d like to vent a bit. You can talk back to me if you like, either under your breath or in the comments.

I saw a blurb on Blabbermouth about a French band called Loudblast. I got interested immediately because of the band’s name. I thought, this band’s name sums up my interest in metal, in one word: I like music that’s loud and blasts. Maybe my taste is s a little more nuanced than that, but if I’m brutally honest with myself, those are two key ingredients. In fact, those are often the only ingredients I need. Plus, the band is from France, and these days French metal bands are coming damned close to the Finns — they almost do no wrong.

So, I continued reading that Blabbermouth blurb. I learned that this band called Loudblast has a new album called Frozen Moments Between Life And Death due for release on April 18 via XIII Bis Records. Plus, the album has a cool piece of cover art. Plus, the album was mixed by Peter Tägtgren. And all that piqued my interest even more.

The blurb said the CD will be released in Germany, Austria, “Benelux”, Switzerland, Spain, the U.K., and Ireland. Uh, what? No mention of the U.S. and Canada? Well, that sometimes happens with some European bands and their labels. It’s like they’re trying to send the message to metalnuts in NorthAm, “You’re ugly and you smell like my rectum, and fuck you with a rusty crowbar.”

But I’m not offended. I get insulted or ignored all the fucking time. So I continued reading and learned that there’s a song from this album called “Emptiness Crushes My Soul” that’s streaming “exclusively” at a web site called RadioMetal.com. And that’s where the shit really started to piss me off.  (more after the jump . . .) 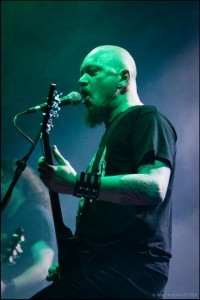 First, I jumped over to that RadioMetal site and listened to the song — and all my instincts were proven correct. I love when that happens, especially because my instincts are notoriously fallible. The song was fuckin’ good. It was loud, and it blasted.

So, my first thought was to write about the song and the band for NCS. But I needed to put the song up here. That’s just the way we are at NCS. We don’t care how brilliant you are as a writer, we’ve just always felt that there’s no substitute for listening — which is why we always try to make a song available for streaming or download whenever we publish a post about music. Good words are good, but no words can fully capture the experience of something that’s meant to be heard.

Yes, it’s true, I could have written my post about Loudblast and included a link to that RadioMetal site, but that ain’t the way we do bidness here. We’re so fucking selfish that if we can’t put the music RIGHT FUCKING HERE ON NCS, we can’t be bothered. Why? Because we’re selfish. I just said that. Twice.

So, yes, I saw that verbiage about the album stream being an “exclusive” to that RadioMetal site, but 9 times out of 10, that don’t stop us. By hacking the code on other sites, we can usually figure out a way to embed the same music player right here or download the song file and put it in our own music player. But that didn’t work with RadioMetal. They were sneakier than we are.

So, I went to Plan B: checking to find out if the song was on Soundcloud or ReverbNation or MySpace or YouTube or some other similar place with an embeddable player that I could stick in this post. No. Fucking. Luck. 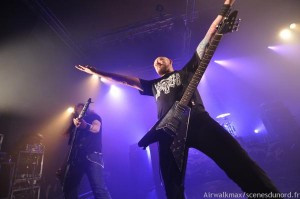 And that’s what got me pissed. I understand the marketing benefits of giving one metal site an exclusive stream for a song or an album or a video. If you run a web site, that kind of thing just makes you slobber like a back-alley dog that’s caught the scent of its first meal in a week — especially if you run ads on your site and get money based on your page hits. Fuck, we slobber over those chances here, and we don’t make a goddamned red cent from doing this. It strokes the ego to get that chance, and who doesn’t like a good stroking?

But really, is that what makes sense from the standpoint of marketing the music? To be fair, I know next to nothing about the marketing of music. I’m just trying to reason this out in my own half-witted way. Isn’t marketing all about spreading the word to as many people as humanly possible? If that’s the idea, wouldn’t you want to make a song-stream available as widely as possible? Would you really want to rely on other metal sites sending their readers to some other site that has the exclusive stream instead of featuring the stream at their own site?

Is it really necessary to offer an exclusive to metal sites in order to get them to feature a song? I mean, seriously, most metal blogs are hungry for new things to write about on a daily basis. Must they be bribed to do the writing? Of course not. They’ll be writing about something, regardless.

Well, there you have it. A frustrating day in my NCS life. Do I have a valid point here? Probably not. Am I just ranting because I’m an irrationally selfish bastard who has no fucking idea what he’s talking about? Probably so. 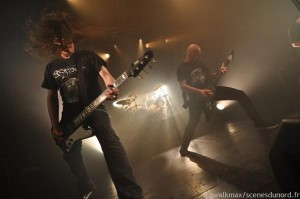 Am I going to give you the goddamned link to the exclusive motherfucking stream of “Emptiness Crushes My Soul”? Uh . . . sure. Because I like the song. Here it is.

For your information, this band has been around since the mid-80s, and the new album will be their first in seven years (the last one being Planet Pandemonium). I’m looking forward to it, despite all the ranting.

27 Responses to “LOUDBLAST! (A MINDLESS MEDITATION ON THE MARKETING OF METAL)”