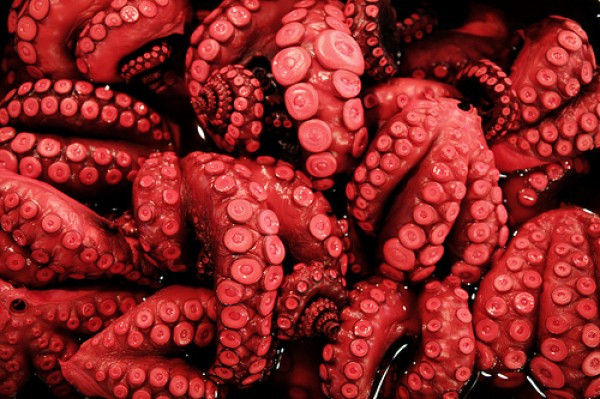 (At least half of our posts for the next two weeks will be from a variety of guest contributors. For some demented reason, I picked this one to start off. It’s from our loyal reader Phro, an American living and working in Japan. The same day I got this from him, I also saw the new MetalSucks t-shirt, which is not only awesome, but (as you’ll see) it also fits uncannily with Phro’s post. By the way, if you have a weak stomach or any kind of sense of propriety, proceed at your own risk.)

Hi. My name is Phro, and I’m here to give you a list of the summer metal tours I found.

More importantly, I’ll be telling you what each band’s name really means. To give you a fair warning, all of them have something to do with octopus porn/orgies. I have no idea why. There’s clearly something wrong with the metal community. All of you sickos need to stop having sex with octopuses!!!

First up: the Rockstar Mayhem Festival! I’m pretty sure no one here will be terribly interested in this festival, but it was the first one to pop up on Google. And no one can thwart the will of the mighty Google, not even an inky, cum-covered tentacle.

Band names and their meanings (in relation to octoporn):  (after the jump, because the thought of putting this right on the NCS home page made your editor queasy) 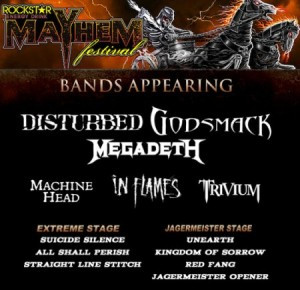 Disturbed: what you have to be to not enjoy having a slimy tentacle slide up your puckered anus.

Godsmack: what it feels like when trying to detach those lovely tentacle suckers from your nut sack.

Megadeath: what will happen to everyone if there is a bad tentacle to sex organ ratio.

In Flames: what your butt will feel like when ripping the tentacles out after putting them in with the Machine Head.

Dethklok: the clock ticking down until the grand bukakke finale.

Testament: what there will not be after watching a display of glorious tentacles on man sexing.

Hatebreed: the name of a specifically selected breed of octopuses known for hate fucking.

Suicide Silence: what will probably happen after filming is finished.

All Shall Perish: see above.

Unearth: the alternate dimension where octopus sex isn’t only socially acceptable, but the only means of human reproduction.

Kingdom of Sorrow: the name of the sexiest city on Unearth.

Red Fang: what one has after biting a tentacle.

Well, so much for the Rockstar Mayhem Festival. What a bunch of perverts, naming all their bands after crazy octoporn shit. Who’s next?

I found this page with a nice list. The author somehow neglects to mention the deep and disturbing perversion that pervades the metal community, so I’ll point it out. 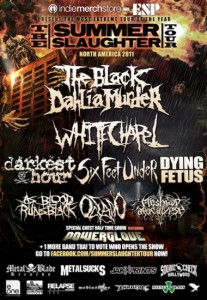 The Black Dhalia Murder: the name of an extreme octosex move requiring a bald Indian man and charcoal.

Whitechapel: a place for octosex where the blood and semen spray will be easily visible for clean up.

Darkest Hour: what it feels like you’ve experienced after having a tentacle removed from your anus.

Six Feet Under: where we hide the corpses of the weak who couldn’t handle a man-sized octodong.

Dying Fetus: why you don’t bring a pregnant woman to an octoorgry.

Oceano: where the Hatebreeds come from.

Fleshgod Apocalypse: what happens when too many tentacles get attached to one person and they have to be removed forcibly.

Maryland Deathfest . . . you have got to be kidding me. FOUR DAYS of octoporn perversion!? Metal community, what hath thou wrought!? (Seriously though, I’m not gonna list all the bands…only the really dirty ones.) 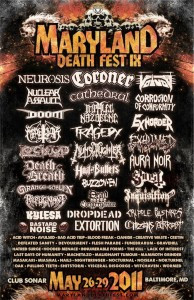 Cathedral: where you can’t go to escape the tentacles.

Tragedy: missing the opening ceremony wherein the first tentacle is placed in the first anus.

Lack of Interest: what no one could possibly have when the tentacles are let loose.

Flesh Parade: a row of dicks lined up for the tentacle suckers to ravage.

Miasmal: how one feels after an octopus ejaculates ink into one’s bum.

Shitstorm: when 20 tentacles simultaneously ejaculate and rip themselves out of 20 anuses.

Neurosis: what you will probably have after participating in the octoorgy.

Corrosion of Conformity: the peer pressure you’ll be cursing for convincing you to join the octoorgy.

Exhumed: what the police will be doing to your mutilated, inked, and grinning corpse. (You pervert.)

Marduk: the dog/octopus hybrid that you will only remember in your darkest nightmares―if you survive.

Cripple Bastards: what you will probably be after a round at the octoorgry.

Nocturnal: the type of creature you will become after the octoorgy.

Exhorder: the octopus shepherd who you probably shouldn’t look in the eye.

Impaled Nazarene: the name of an SM sex act where in one is nailed to a cross and fucked in the side holes with angry, probing tentacles until you die. Unfortunately, nothing special happens three days later, except that the octopus come back to eat . . .

Hail of Bullets: what you would go through to get to the octoorgry on time.

Acid Witch: the octopus who has secretly hidden a vial of battery acid in one of its cavities. You can guess what it will encourage you to do with your peepee.

Coroner: who will be working overtime.

Nuclear Assault: what should probably be called on the Whitechapel.

Lock Up: where all your freaks who want to go to the octoorgy should probably be.

Dead Congregation: corpses who are manipulated by giggling octopuses like puppets.

Visceral Disgorge: vomiting up the ink/blood/cum/tentacle gooze that will be shoved down your throat by the Dead Congregation.

Bad Acid Trip: what the octoorgy will seem like times one billion.

Last Days of Humanity: what you will wish would come after attending the octoorgy.

Holy crap. Metal heads are goddamn freaks. I can’t say that enough. Seriously, who goes around making up entire festivals based around having sex with insane cephalopods!?! Bad enough you all worship Satan.

Anyway, I found one more festival. The Central Illinois Metalfest. This one is still too goddamn long, considering, again, it’s about octofucking, (Three goddamn days!!) so I’ve left some off. 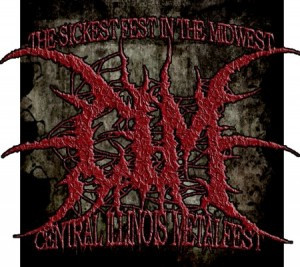 Nunslaughter: what will probably happen if you bring a nun to the octofuckery.

Cephalic Carnage: when you get a tentacle stuck in your nose and try to hard to get it out and it drags your brain out with it.

Decrepit Birth: what will happen if a woman gets pregnant at the octoorgy.

Cerebral Effusion: when a tentacle penetrates two heads and causes the brain juices to mix together.

Goretrade: the black market that will spring up to sell bootleg copies of octoporn when the cops finally crack down on this depravity.

Face of Ruin: when the Fleshgod Apocalypse happens on your face.

Call the Paramedics: won’t do you any good once the Face of Ruin happens.

Festerfuck: when someone suffering from the bubonic plague has a bubo popped so a tentacle can fuck the hole.

Solidification: why you should probably wash off all the inkcum as soon as possible.

Engaged in Mutilating: one of the two bands on this list that’s not in anyway perverted.

Sexual Atrocities: the one band on this list that is completely innocent.

Goodness, you metalheads are freaks.

I’m kind of glad I couldn’t find a list of the bands on this Ozzfest . . . I can’t imagine the horrors it would unleash. I heard rumbling of a monstrosity called Sharon Osborne, but the name is too terrifying for me to do more research . . . .

EDITOR’S NOTE: Well, that was bracing, now wasn’t it? Phro suggested that just in case his post proved to be too intense for our pre-teen readers, we might include a couple of palette-cleansers, and we’re going with what he proposed: