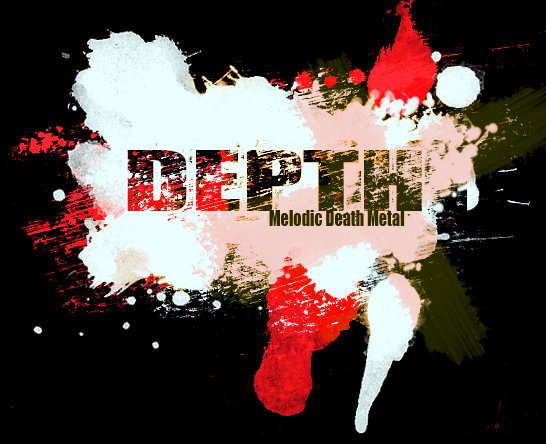 From the beginning of this site, we’ve tried to shine our dim, flickering, low-wattage spotlight on bands from all over the world, in addition to the metal that’s being created in the U.S. and Canada. The Middle East is one of the regions to which we’ve paid attention. With very few exceptions, bands from that region don’t get nearly the notice they deserve here in the U.S.

One of our guides to Middle Eastern metal is a first-rate blog called Metality, which is the brain-child of a dude from Egypt who goes by the name iRoar. Metality is on the verge of releasing a new compilation of music (their second) that will include songs from at least 50 different bands. Yes, that wasn’t a typo — 50 bands, including several we’ve featured at NCS in the past. We’re proud to be a co-sponsor of that comp — and you’ll see more details about it in the near future.

One of the bands whose music will be included on the comp is a melodic death metal band from Kuwait called Depth. A couple days ago, Metality featured a song by the band called “Necropolis” that’s really impressive, and I wanted to share it with you. Even better, it turns out that Depth is making its full-length, self-titled album plus its recent EP, Memento Mori, available for free download. After the jump, you can check out the song and get info on the downloads.

“Necropolis” is a multi-faceted song, a rushing gallop of technically adept riffing and picking with a hard-driving rhythm section that switches gears more than once. It includes an unexpected, piano-led intro to an instrumental section that features a beautiful extended guitar solo, which itself switches gears between shreddy blazing to a meandering, clean, absolutely engrossing piece of prog-metal extravagance. Seriously, I am loving this song. Give it a listen:

To get the download links for Depth’s LP and the Memento Mori EP, visit the Metality site via this link. For more news and information about Depth, their Facebook page is here. And stay tuned for more info about the Metality comp.