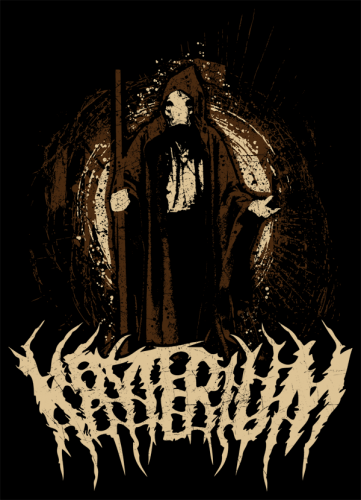 (Today, our guest contributor Misha clues us in on an Idaho extreme metal band called Kryterium.)

Boise, Idaho isn’t the richest of extreme metal environments, and I’ll be the first to attest to that. Sadly, few extreme acts originate from the State of Idaho period, notwithstanding the greater population numbers in what we locals call the Treasure Valley.

Of those few bands, fewer still are actually signed to record labels. Kryterium is one of those few bands. Formed in 2006, Kryterium has shared the stage with numerous extreme bands. I know that saying you shared the stage with a different band is like saying you once made a skiing trip to Sun Valley, where Bruce Willis purportedly owns a home. What Kryterium shares in common with those in the substantial list of bands is extreme metal. I’m not going to waste precious time and space by name-dropping every band they’ve played with, but I can list some of the notables like the following: Darkest Hour, Suffocation, Necrophagist, Dying Fetus, Pyscroptic, The Acacia Strain, Incantation, Samael. For all the good that list does, Kryterium cannot truly be compared with any of them.

I would describe Kryterium’s music as a chunky brand of groove metal mingled with elements of grindcore and death metal.  (more after the jump . . .) 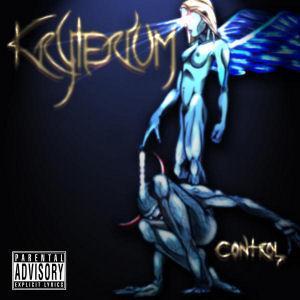 These guys released their first album, Control, in 2007 via a small independent label in Boise. In Control, the band showed flashes of potential, but had not refined and perfected their sound. Late in 2010, Kryterium destroyed their fans with a new track they posted on their Myspace page. The song is somewhat of a demo. Word has it that the band is working on a follow-up album, but release info is unknown.

The new song, entitled “Plagued By Their Power”, is a simple little grooving piece with moments of brilliance. The song begins by mashing eardrums into a vomit-like soup with a groove brought to force with thick, down-tuned guitars. Guitarists John Karber and Pat Moore provide an excellent blend of addictive, albeit simple jams. Mike Chaves throws his gruff vocals into the ring at about 20 seconds in. Chaves’ voice is a buzzsaw infused with deep gutterals to mid-range screams. He never uses the deathcore pig squeal, nor does he spend much time wallowing in clean singing. At the 43-second mark, a nifty lead melody joins the cacophony. Later in the song, the melody morphs into a full-out solo. Kryterium doesn’t play extremely fast, and “technical” is not an applicable adjective, either. I wouldn’t even consider their music melodic in its truest sense.

The new track and artwork are featured on the band’s Myspace page, and their Facebook page is here.  Check these guys out. They are definitely worth the listen.

Here’s “Plagued By Their Power”: