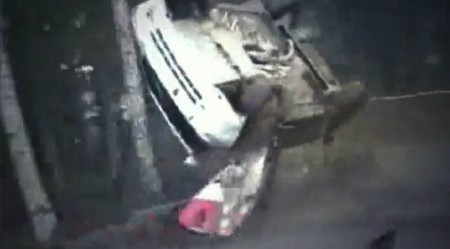 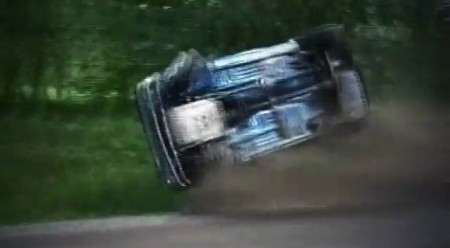 Almost three weeks have passed since our last THAT’S METAL! post, which is way too fucking long. I’m still not able to devote as much time to NCS these days as I’d like (one more week to go before back to normal, or abnormal), so this edition of THAT’S METAL! won’t feature as many items as usual — but better something than nothing, right?

The main item we’ve got today involves mayhem, wreckage, and loud noises — which is why it’s metal, even though it’s not music. It made me wonder why people entertain themselves by destroying shit and making explosive sounds, or entertain themselves by watching the destruction of shit in ways that make explosive sounds. Actually, using the word “people” is probably an overstatement, since men seem to get off on this kind of entertainment more than women. I wonder why that is.

Whatever the explanation, maybe it’s the same reason why there are more male than female fans of extreme metal. If you have any theories about these questions, don’t be bashful about sharing them in the Comments.

As you ponder those weighty subjects, entertain yourselves after the jump by watching a bunch of Finns in the throes of temporary vehicular insanity. Cars seem to have that effect on men more than women, too. Wonder why that is.

This first piece of video is more than 10 minutes long. You’ll get the idea pretty fast, but just be advised that the best instances of devastation may be the ones at the end of the clip. This thing is a compilation of road rally incidents in Finland over a period of many years. Thanks to our buddy Niek at Death Metal Baboon for suggesting this clip to us.

Watching this reminded me of an old joke: The National Transportation Safety Board secretly paid auto makers to install recording devices in four-wheel drive pickups in an effort to determine the cause of fatal accidents. The devices picked up the audio inside the vehicle during the last 15 seconds before a crash. In 49 of the 50 U.S. states, the last words of drivers in 61.2% of fatal crashes were, “Oh, Shit!”. In Texas, 89.3% of the final words were, “Hey baby, hold my beer and watch this!”

I found another compilation of European rally-car crashes, which includes some eye-poppers. It’s not as good as the first one because you have to listen to some Dutch DJ’s electro music instead of the actual sounds of cars colliding with trees and compacting themselves on the roadways, which is definitely a more metal soundtrack.

As further evidence of the main point of this post, here’s a video showing a buncha dudes blowing shit up on the 4th of July. Bear in mind that they made all their own explosives and were doing this stuff in neighborhoods where people actually live. This is the kind of innovative thinking that made America the great nation it is today.